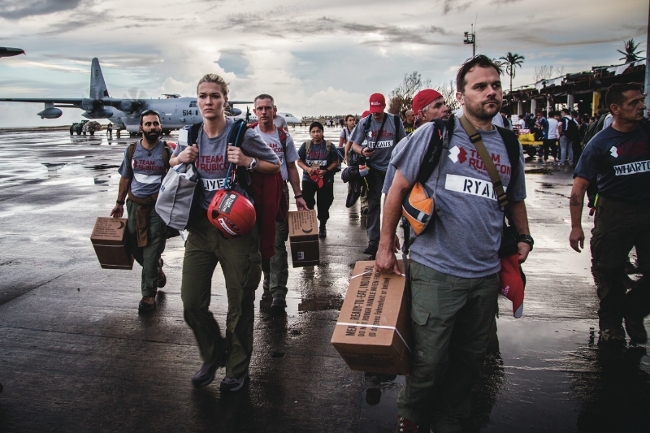 The comprehensive charity partnership aims to raise $1.5 million by year-end 2017 – one of the largest monetary donations in Team Rubicon's six-year history – and to drive volunteer participation across the nation by activating Tough Mudder's passionate community of 2.5 million veterans and civilians.

“Support for veterans is part of Tough Mudder's DNA and we're proud to partner with an organization that is redefining what it means to return home from military service,” said Will Dean, CEO and Founder of Tough Mudder, Inc.

“Tough Mudder and Team Rubicon are united by a shared vision: harness the power of teamwork and community to tackle life's challenges head-on. Mudder Nation is ready to get to work.”

Over the past six years, the Tough Mudder community has raised more than $12 million in charitable donations. Tough Mudder's new, multi-year commitment to Team Rubicon will include:

“We're excited to welcome Mudder Nation into our roster of 35,000+ volunteers,” said Jake Wood, Co-Founder, and CEO of Team Rubicon. “Our partnership with Tough Mudder is an opportunity for Team Rubicon to share our commitment to disaster response and veteran reintegration with a community that lives courage, personal accomplishment, and teamwork. Together we can fuel a movement of neighbors helping neighbors and ordinary people doing extraordinary things for the greater good.”

Since its founding following the 2010 Haiti earthquake, Team Rubicon has responded to more than 125 disasters including the tornadoes in Joplin, Missouri, Hurricane Sandy, Typhoon Haiyan in the Philippines and the earthquake in Nepal. The organization is currently responding to the Fort McMurray fires in Canada. Through opportunities to continue service following the military, Rubicon provides its veteran volunteers with a renewed sense of purpose, community, and identity.