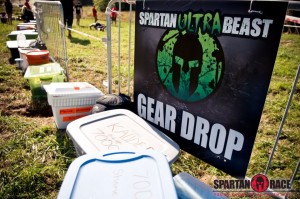 As this is #RoadtoTahoe week, I decided to take a look at the race that is the Spartan World Championships shadow, and like Peter Pan’s, it has a personality all its own. The Tahoe Ultra Beast is going to be an event that probably deserves its weekend, but what better way to showcase the mental imbalance of the racers, than adding it to the already stacked line up. With two Ultra Beasts in the past four weeks (Vermont and Sun Peaks) and with WTM only a few weeks away, it will be interesting to see who shows up, and who shows up to race.

In the past few weeks, I have been trying to snoop around to find out who is going to be showing up for the Tahoe Ultra Beast, along with performing some personal analysis around the race and its growing popularity in the community. With this research, I am going to take a foolish step forward and provide my unprofessional predictions on the 2016 Spartan Ultra Beast World Champion! Below will highlight a few names that I have been able to confirm, along with some that I haven't, that will be toeing the line on Sunday morning.

IF Pak doesn’t get cold, I believe he will be showing up in full strength. (I urge everyone to forget what has happened in the past couple of years. From the few posts I have seen this year, Pak has found a new love for racing, and finding your purpose and being centered could be just what Pak needs to be in the hunt for a World Championship in 2016). Pak appears to be humble, I am excited to see how hungry!

I realize he is going for the Beast World Championship, but understanding what he did in Palmerton, the Agoge, and every other crazy Army Ranger stuff he does, it is hard not to think he has the stamina to capitalize on both days.

Will he be there? The 2015 Ultra Beast World Champion worked for 3 years to obtain the title, and it is unclear if he will be in the race to defend. If he is, I feel he is still very much of a threat.

The ONLY 2 time Ultra Beast winner, and both from Vermont. If Rhonda shows up, expect one tough climber to compete with.

2015 Ultra Beast Spartan World Champion, and coming off a second place at the tough fought battle with the heat in Montreal.

Wildcards to the Podium:

Because he wears flannel, likes cold weather, and has an awesome beard.

Inexperienced in the Ultra Beast, but a top competitor in all other Spartan distances. Just doesn’t know how or when to stop, which may be just enough to land a top spot.

Very experienced this year, and has the potential. Been racing a ton in 2016, so it will be interesting to see what he has left in the tank.

Coming off his 2016 Vermont UB win, if he is running, expect a battle with anyone else on the UB course.

The first Ultra Beast Spartan World Champion, and had a strong showing at the Tri-State Ultra Beast earlier in 2016.

Her name is awesome, and she supposedly had a solid 20 minute lead on Michelle Ford at one point in the Montreal Ultra Beast

A frequent top 10 Ultra Beast finisher, and if she is on it could get interesting. Plus being married to Norm is probably harder than any actual Ultra Beast Race!