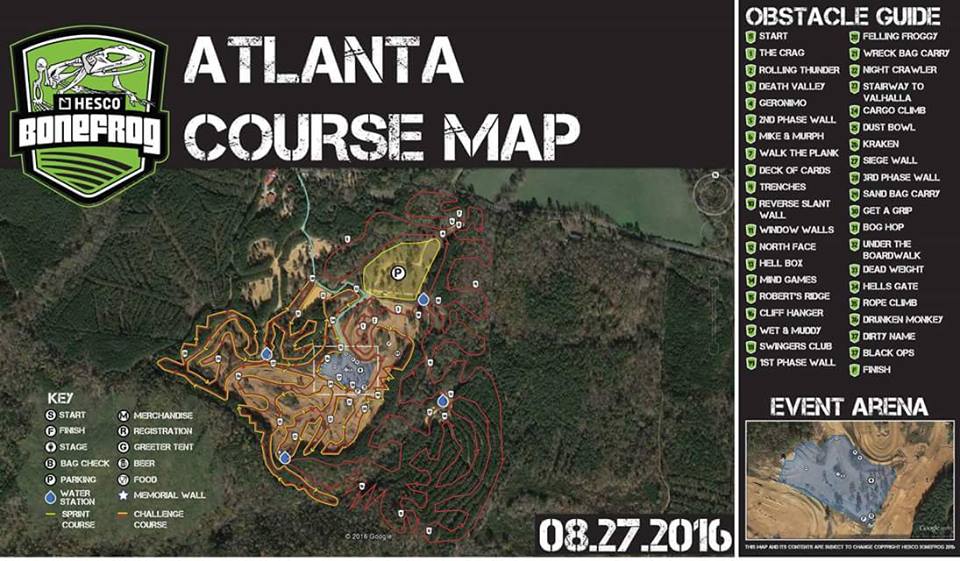 While the news of Battlefrog closing down its races midseason was a hard note to swallow, Bonefrog Challenge made its first, and hopefully not last appearance in GA this last weekend. Bonefrog found a great venue that has not been used by the OCR companies often, last big OCR event there was in 2011, when one of the big two made its first appearance in GA.

Bonefrog is unique in their idea of events, in that they offer multiple distance all on the same day, using the same course. The Sprint, approximately 4 miles, the Challenge, about 9 miles, and the half marathon distance Tier-1. Unlike the two big name companies, the 13 mile Tier-1 is packed with obstacles, 50+. The obstacles are all solid with some very challenging ones, some typical ones, and a few new looks. My only complaint that Bonefrog could control is with the placement on one obstacle. The over logs after the mud crawl caused a number of injuries, if this would have been before or a little further after it would have been a lot safer. To the young female “drill sergeant” working the logs, thank you for keeping everyone honest in doing their penalties. 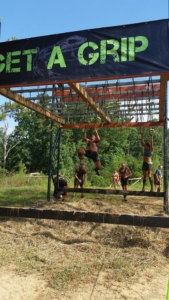 Bonefrog has a lot of grueling upper body obstacles, with a couple of different rope grip obstacles, and a monkey bar set that was particularly tough having the bars coming out of the center beam at different heights to keep it challenging. I would have liked to have seen a few water obstacles, but that was more because it was very hot, had it been a lot cooler I might have been very glad for one 1 real water obstacle. Bonefrog had two cargo net climbs of different types and styles of netting. The use of the terrain was an obstacle in itself at times, having hills with a 60-70+ degree angle. Word of warning, BoneFrog likes to place memory boards near obstacles so it is easy to miss them. There was one memory board near Geronimo that about 75% of people did not even see. 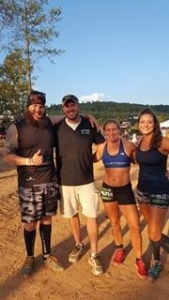 The second trip around on the Sprint path was a tough one, as you knew what was coming up around the next turn or after the next obstacle. I have had very few OCR’s that I was really ready for it to be over, this was one of them, not because it was not fun and had great obstacles but because of the heat out on the course. While I want to suggest to have the Tier-1 go the Sprint course first then run, followed by the second sprint, the Navy Seals who started this and are running it, know what they are doing and put on a great event. The founder and CEO of BoneFrog was on site to make sure everyone had a good time and was put to the test.

On top of setting up a great course, killer obstacles, and a wonderful event, Bonefrog has 3 different medals and three different finisher’s shirts depending on which event you did. 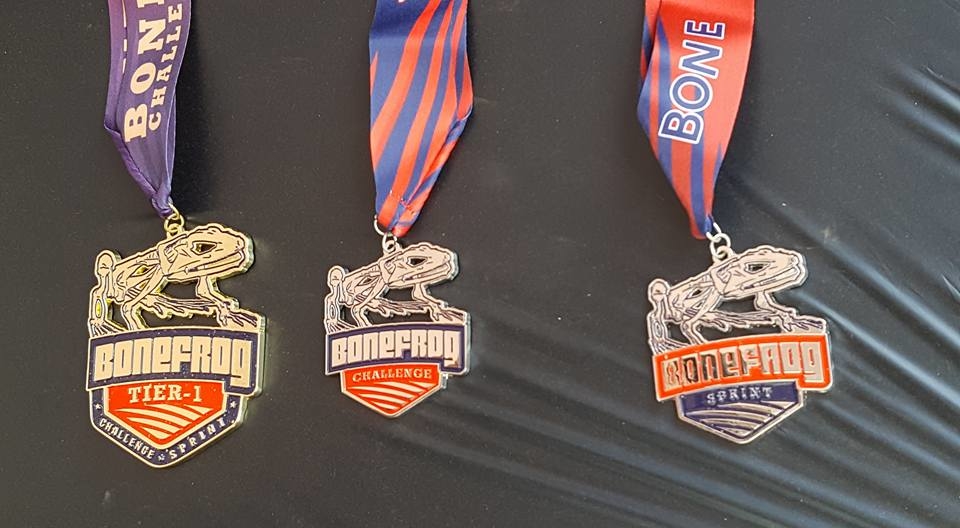 I look forward to the next time I get to do a Bonefrog event. They put on one of the best OCR’s around, and that is coming from someone who has done all of the major names, with over 70 events on my wall. I want another shot at the Tier-1, now that I have recovered a bit. I was not expecting the obstacle level and intensity that Bonefrog brought, why? I don’t know, these a Navy Seals running this, what was I thinking?

Bonefrog Atlanta gets 5 out of 5 stars.

I need to thank Brian Hollard, Brett Compton, and MBC for the pictures.