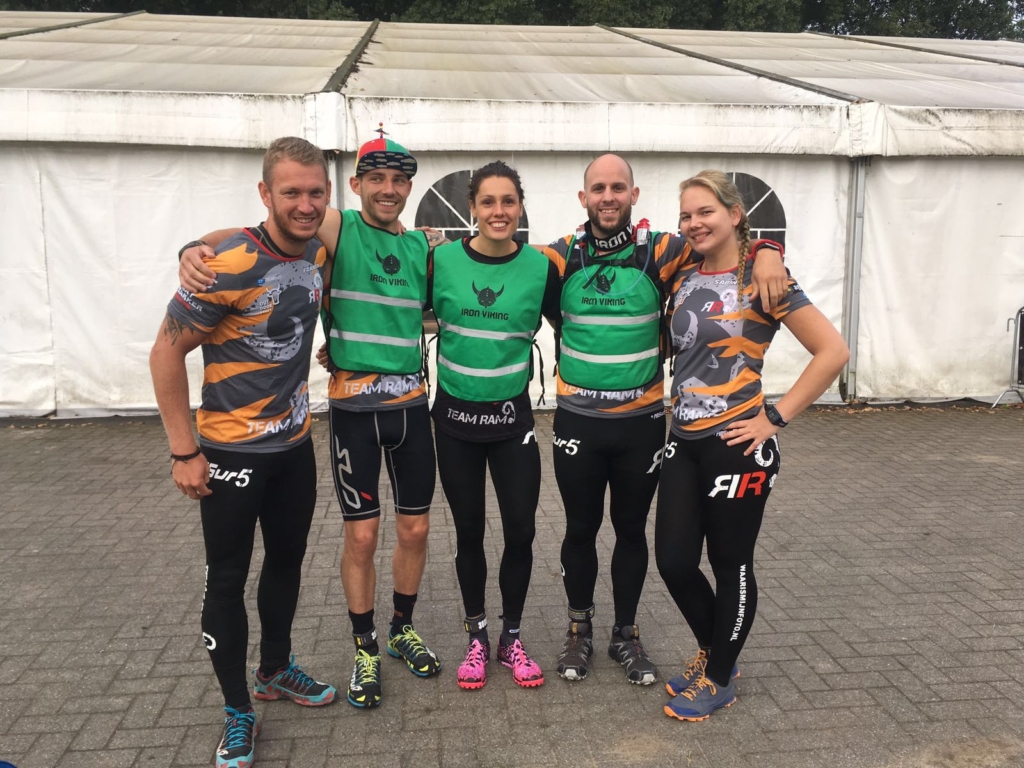 The night prior to my second Iron Viking of 2016 was a typical pre-run night of mainly running up and bouncing off the walls. So the early drive was part of the first obstacle of the day.  September 3rd 2016, Strong Viking Flanders Edition, Iron Viking #2. The toughest marathon, 42KM with 100+ obstacles. I knew the drill, I knew the pain. It had to be repeated.

From about 6:00 am to 7:00 am my day started with picking up my buddies for the drive to Gent, Belgium. After the 2,5 hour drive we arrived at the site. Parked the car and made our way to the battlegrounds.
Registration went a lot faster than the first Iron Viking event in May (took around 5 minutes, compared to 2 hours in May).

The site itself was completely similar to the Mud Edition earlier this year. The venue had a big tent with dressing room and baggage drop, the usual food and drink tents, start/finish area and a dj booth. 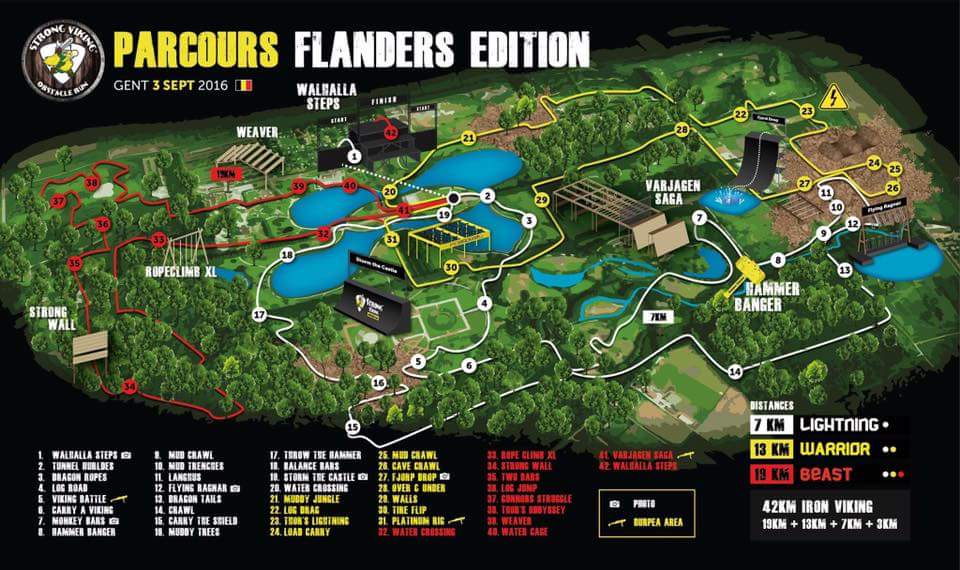 Us Iron Viking runners had to wear green safety vests with IRON VIKING on them, to show non-iron runners to let us pass. This meant I was able to wear my team gear and not the water soaking Iron Viking shirt! Upon arrival, it was almost time for the first wave of the day to start (Odin, competition wave). So after meeting up with the rest of the team, Franek and Sabina made their way to the starting area.

Tension started to rise. Amped up by the typical Strong Viking anthems pounding through the speakers. Hyped up by our fellow team members, OCR friends, the overall ambiance. Odin started, which meant we had 20 minutes left to start! Teammates Sjors, Jessica and myself were ready!

Packed with my 1.5-litre camel bag, a bunch of gels and a butt-load of adrenaline we made our way to the Viking Wall. After a quick warming up from Miss OORAH, we helped each other over the first wall and started the first 19km segment.

The first 7km lap of the 19km segment we decided to stay together. The obstacles in the first few kilometres were exactly as we expected. Fun obstacles like the Dragon Ropes, Monkeybars, Dragon Tails and of course my favourite Flying Ragnar. However, we did notice something a few kilometres in. When we reached the 2km sign all our watches actually showed well over 3km. Waving this off as “yeah that happens sometimes” we carried on.
Nearing the end of the 7km lap we discovered the lap was actually more like 9km then 7. But did end with the great Storm the Castle! 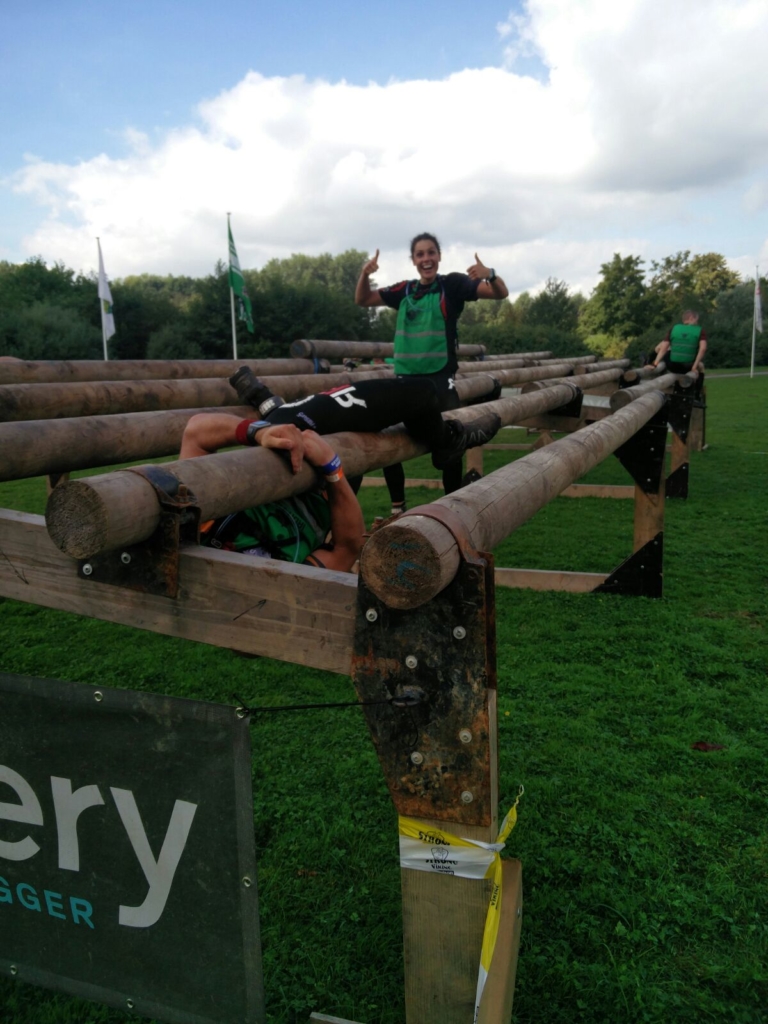 Like we planned earlier after this lap Sjors took off. He was by far the fastest runner we had that day, so he was the last one we wanted to hold up for 42km. My goal was to conquer ALL obstacles without any help and not to run myself into the ground. Therefore I decided to keep my pace manageable and send Jessica off ahead of me as well.

Off we went. All three on our own Iron Viking. Each km we moved forward it became apparent that Strong Viking did a lot of miscalculations on the distances. 7 turned into 9, 13 into around 15, 19 into around 21km.
Throwing all the best obstacles in the business at us made all the distances durable on the first 19km segment. Running with friends made it easily bearable. And most of all I was on a roll! The first segment already nailing ALL obstacles. Even my biggest fears, the HIGH wall without help or using the little ledge and that monster of a Varjagen Saga with the Pegboard which I never got to finish before.

Ready for the next segment. 13KM. At this point, it started to get crowded at obstacles. Strong Viking managed to keep that perfectly manageable, but still some lines formed. It was time to make use of the Iron Viking VEST! I must say I was humbled by the way almost every non-iron runner handled the vests. Multiple times I came running at a crowded obstacle and before I got the chance to gather my breath they all stepped aside to let me pass to the front of the line. On the entire 100+ obstacles, I only got pushed back by a fine specimen of a not so charming women once for “Sneaking to the front of the line”. Which basically only made her look like a fool anyways.

This segment made me realise another obstacle started to form. The distance. I knew they miscalculated. But how much? Did they correct that for the 42km runners in the end? I couldn’t help but start calculating on the running segments. My miscalculations were probably on the same scale as Strong Viking, since I’ve been running for around 4 to 5 hours and had no way of knowing exactly how long the segments where. It ranged from 45km (like the first Iron Viking in may) to 50km. The 13km segment was still packed with awesome obstacles, and I got to meet up with some other team members and a lot of OCR friends. But still, the distance was starting to bug the hell out of me. 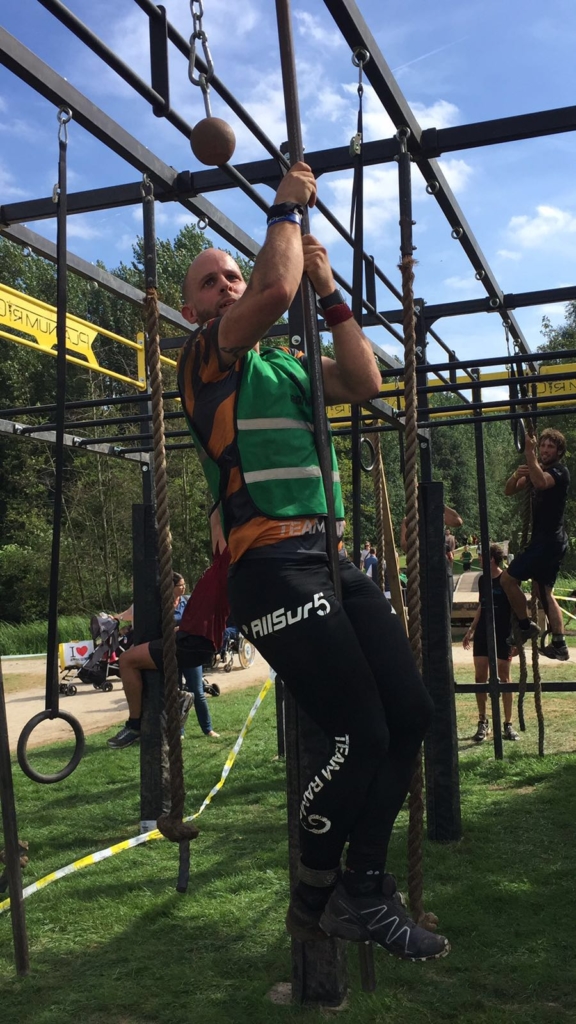 Had a major HELL YEAH moment coming up at the high wall the second time. I felt beaten down. Legs starting to hurt pretty bad. Two guys in front of me trying the wall for the first time, coming around 4 to 5 inches short. As I started to run towards the wall I heard one of the guys shout at the volunteer in complete disbelieve: “Has ANYBODY been able to do this wall!?”. At that moment I couldn't stop without running into the wall, so I kept going. One foot against the wall. Launched myself towards the top, grabbed it with both hands and pulled myself onto the wall with what might have been the biggest grin of the day. All the volunteer could do was point. Unfortunately, I couldn’t see their faces….

Another segment done, another 100% score on the obstacles! I was on a role!

Then came the hurting. The third segment. What should have been 7km. I completely lost track of where on the course I was. Went full auto-pilot, just follow the ribbons. The km signs turned into a downright mindf#ck. 2km into the 7km segment? Not true, because it was 3 on the first segment, so where am I right now? How many km left? And then still the 4th segment!? Halfway in the 7 I already clocked 42km. Which meant I had to do at least a bunch of km to get out of the 7 and then that 4th segment of an unknown distance. My mind was going in overdrive. At this point, my legs were starting to fail on me. Hips and knees starting to hurt, speed dropping to around 8kmph, but at least I could keep on going. Motivated by the patting on the back by fellow non-iron runners. “You’re almost there, hang on!” Was I? How long was left? Keep going, I had to keep going. Didn’t quite help to have two French Iron runners around me for the last like 9km that had a knack of skipping like 90% of the obstacles. Not just trying and failing, but downright skipping. Not me, I was still going for that 100%!

Almost at the end of the third segment. Almost desperately looking for my teammates to give me that final nudge of motivation to do that last unknown piece of track. And there they were! My friends, my buddies, cheering me on!

Starting the final segment. How long would I have to keep going? I was already at around 45km on my watch. For a moment I thought the course tapped into the final piece of the 7km and my motivation dropped below freezing point. But then I realized, with the help of one of my fellow Iron runners, we were actually in the tail of the 13km. Just the Platinum Rig (3rd time) left and then off to the finish! My pace went up a bit and there it was. The Walhalla Steps. I made it. AGAIN! And this time with a lot less agony (physically) and with conquering EVERY obstacle! 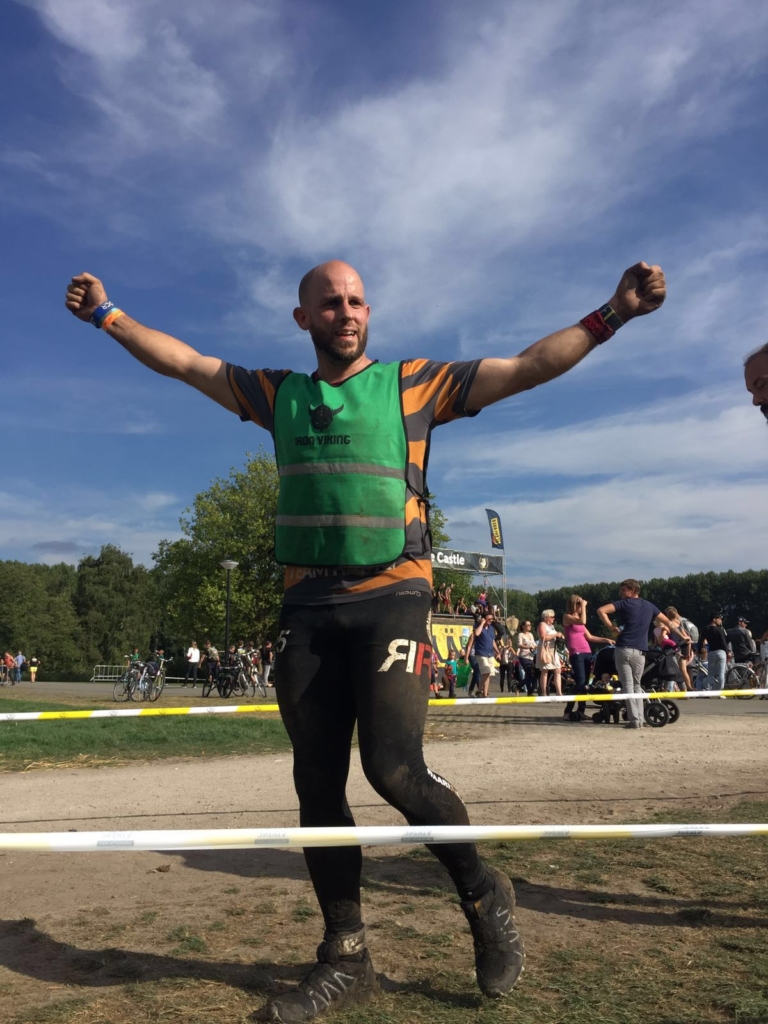 Strong Viking has proven itself to be one of the leading obstacle run organisers again. Always pushing every type of runner to its limits. Whether you’re a competition runner, a fun runner or a long distance runner. I can’t help but look forward to the next one. OORAH!