Hobie Call: In His Own Words…2016 Spartan World Championships 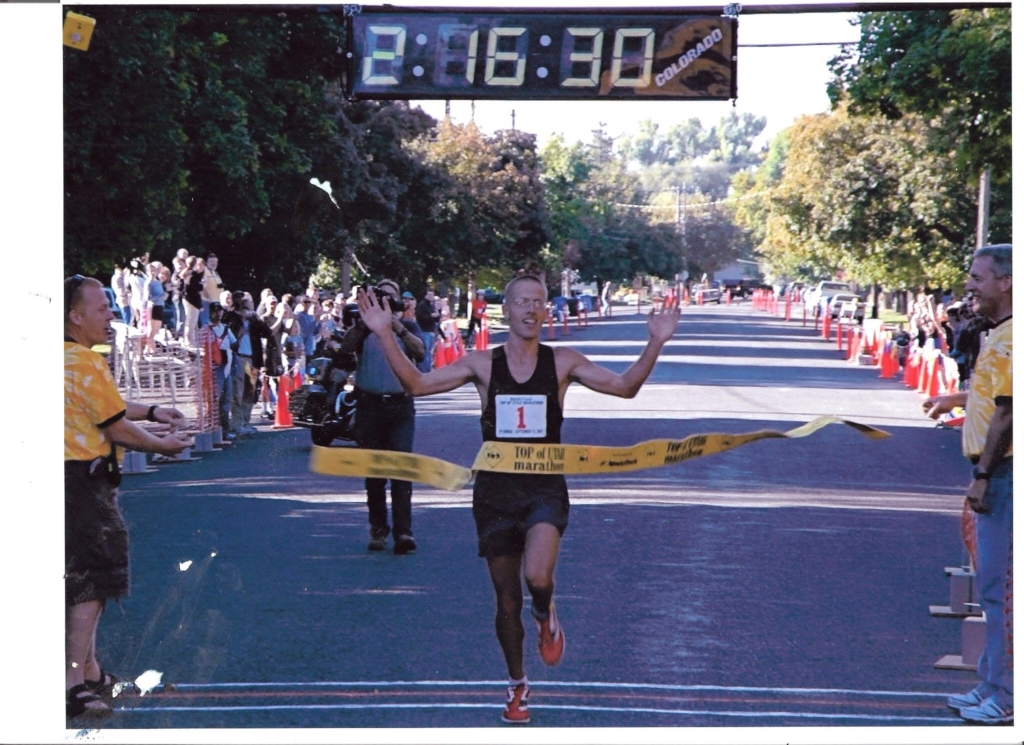 May 31st, 2003 Salt Lake City Classic 10k Road Race: I had won this race the year before, along with the Utah road racing circuit, and all the sacrifice and hard work were about to pay off. I had been out of college for six years now. Six long years of sacrificing job advancements and career opportunities to chase the dream of being a professional runner. This was going to be the race where I turned heads and ran fast enough to catch sponsors attention. I had trained harder than ever over the winter, and I was anxious to prove myself.

But, I was NOT faster. As a matter of fact, 5 miles into the race I couldn't even see the leaders anymore. I got so angry, I quit. As I was walking past a house with a tall chain link fence, I stopped, ripped off my bib and threw it over the other side, just to make sure that if I came to my senses, I wouldn't be able to change my mind and finish. Back to the drawing board. I was starting to feel like the Wile E. Coyote.

Fast forward to the 2007 US Olympic Marathon Trials: 4 more years of hard work. We were all at this time. I was 30 years old and had been chasing the dream my entire adult life. Just six weeks earlier I had run a 2:16 marathon and I was confident that I could take 2 or 3 minutes off of that with the right conditions and competition. If all went well, I just might make the Olympic Team. I was reaching the end of my prime, and if I didn't make the team or perform well enough to get sponsored, then I was done. I would “go get a real job.”

All did NOT go well. As a matter of fact, I had the second worst race of my life. With no explanation, my body just started slowing down around mile six. By mile eleven I was moving no faster than my regular daily runs. I was in no pain, and my energy levels seemed to be fine, my body just simply refused to respond to my demands. A couple more miles and I dropped out. I was devastated. My whole life I honestly felt that it was my mission to follow this dream. I gave The Lord permission to do His will with my running, had covenanted with Him that if He would bless my running, that I would do my best to use it to try and inspire others to eat healthier, follow their hearts, believe in themselves, and never give up!

I felt betrayed. I had failed. So many years of sacrifice, dedication, and hard work, all to end like this. It was more than I could take and I slipped into depression. (As a side note, I used to wonder why people who were contemplating suicide didn't go out in style by renting a Lamborghini and driving it off a cliff at 200 mph, or something similarly exciting. Oh how naive was I.)

Fortunately, the depression was soon replaced by anger. Not the “I hate you” or “I hate life” type of anger, but the “I am not going out like this” type of anger. I was furious. I had worked too hard for too long to let it end like this. I had a dream, and I was going to find a way.

Fast forward to February 2011. Three more years. Three more long, trying years. They certainly had their ups, but as life tends to do, my new job, the cold smoggy weather in our new home, etc., etc., etc., began to take their toll. I was almost 34 years old, and I decided that I would run a few marathons in the upcoming summer. If I didn't get a decent sponsorship or make enough prize money to justify further commitment, I would be done. I had given it my all.

Then one day, someone sent a link on Facebook to my wife about this thing called Spartan Race………… To be continued.

0shares
Disclaimer: The viewpoints expressed by the authors do not necessarily reflect the opinions, viewpoints and official policies of Mud Run Guide LLC, or their staff. The comments posted on this Website are solely the opinions of the posters.
By Hobie Call|2016-10-07T17:59:52-04:00October 7th, 2016|Op-Ed|4 Comments

About the Author: Hobie Call