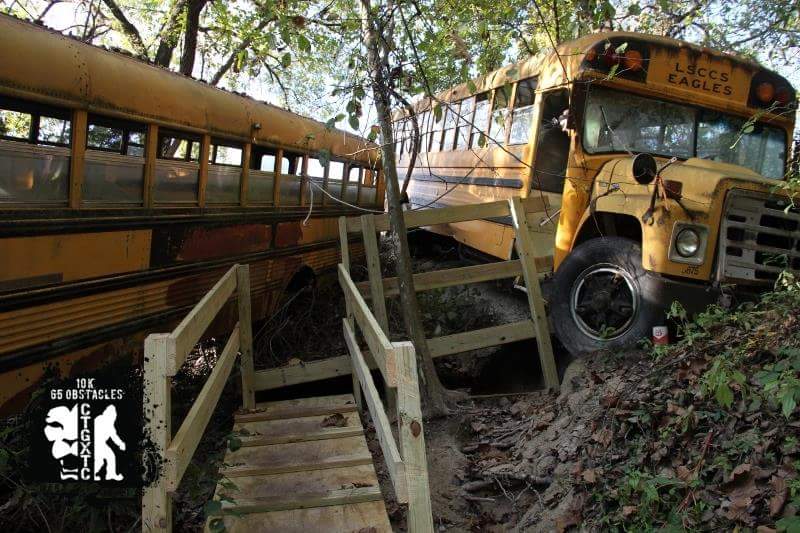 Exit portion of the XTC bus.

The midwest continues to be a hidden gem of obstacle racing in the United States. Two companies recently came together to create a one of a kind event;  Conquer The Gauntlet, the Midwest’s OCR series, and KC Extreme Timber Challenge, a permanent course teamed up for the CTG-XTC Mega OCR, 10k, and 65+ obstacles.

One of the coolest things about the course was the layout, which had three distinct sections. The first 1/3 of the course was XTC, the middle 1/3 was CTG and the last 1/3 was XTC. This created a very unique environment, which consisted of lots of trail running and mostly natural obstacles over the first 1/3, an entire CTG course condensed into about 1.5 miles in the middle 1/3 (a normal CTG is 4 miles, 25+ obstacle) and back into trail running with natural obstacles over the last 1/3.

The XTC sections of the course were mostly natural obstacles including things like balance beam logs, steep rope descents, steep rope climbs, cargo net climbs up steep terrain, running through creek beds and crossing water-filled pits. However, there was also some man-made mixed in there including climbing logs lashed to trees, tunnel crawl, log carry, tunnel crawl and a set of downhill into uphill monkey bars (which were surprisingly hard after going through the CTG obstacles). The most memorable obstacles were the two buses, one is slanted at what seemed like a 45-degree angle. Racers entered the bus through the rear down went downhill and exited through the side door. The second bus was on more level ground but had a spiderweb of ropes inside requiring 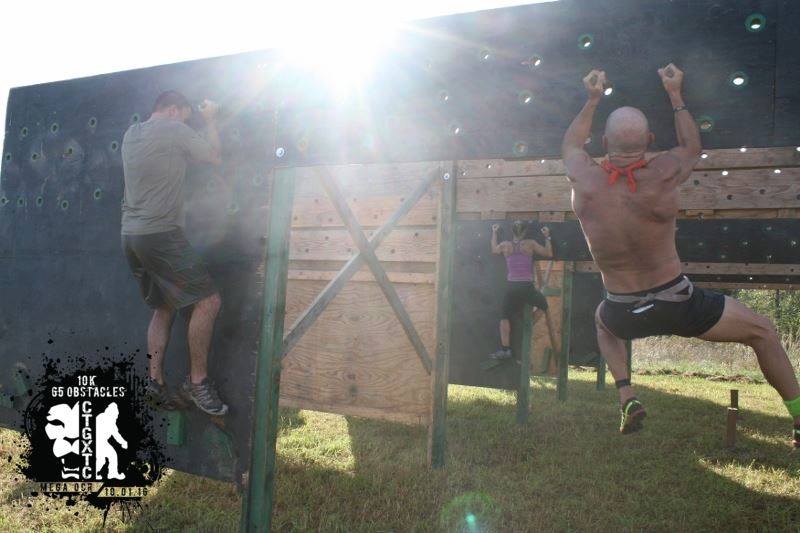 you to navigate through. Definitely a unique obstacles that makes for some cool pictures. Another memorable one was the zip line tower. Although the zip line was closed for this race (which is not feasible for a competitive race but they have used it in the past for non-competitive events), the tower was still used with a several story ascent then descent in the first 1/3 of the race.

The CTG section was an obstacle lover’s dream. It was basically an open field with S curves that led from obstacle to obstacle. CTG delivered with some challenging skill and strength based obstacles including a 19 foot slackline, the Z beam (a very long challenging balance beam), Cliffhanger (uphill/downhill monkey bars), Tarzan Swing (CTG’s rig), Pegatron (a pegboard obstacle, which some have called the hardest obstacle in OCR), Stairway to Heaven, plus all their other usual obstacles and finished with five 8 foot walls in a row. If you think you are an obstacle specialist the dense, challenging obstacles definitely played to your advantage but also still challenged you. 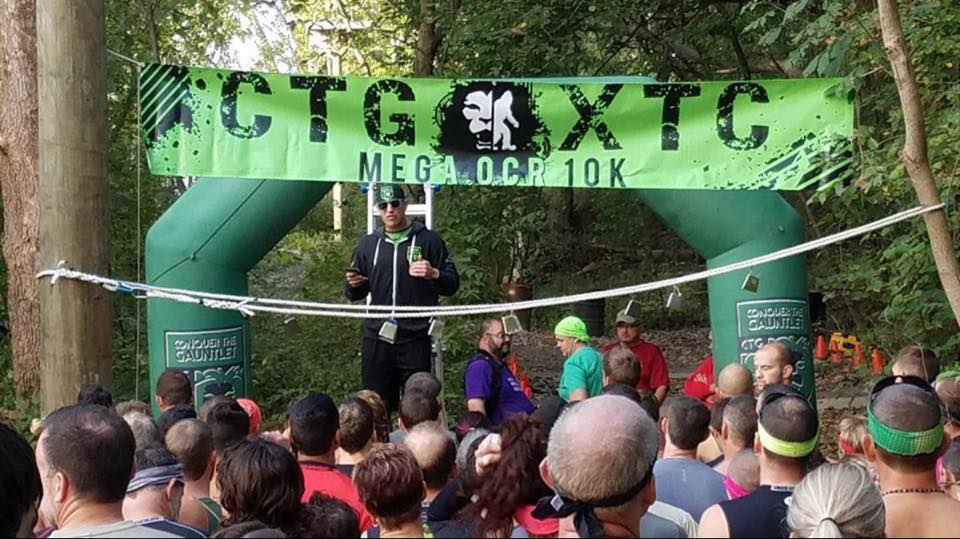 Lucas Pfannenstiel on the microphone getting the elite wave ready to run.

Due to the dual natural of the event, there was actually two festival areas. The start/finish was XTC with beer, merchandise tent, music and a generally festive atmosphere. XTC also had their mascot, a sasquatch, walking around taking pictures (and accidentally terrifying my infant daughter).  After a short bus ride uphill there was a second festival area for CTG, which was among the manmade obstacles. A merchandise tent and music were also present up there. CTG Pro Team athlete Lucas Pfannenstiel was also the MC/hype man sending off the Elite Wave before jumping into a later wave of the day to run with family and friends.  My only complaint of the event is there was no signage pointing people to the 2nd festival area, which meant my wife (and other spectators) did not know about the area unless they heard of it from word of mouth. 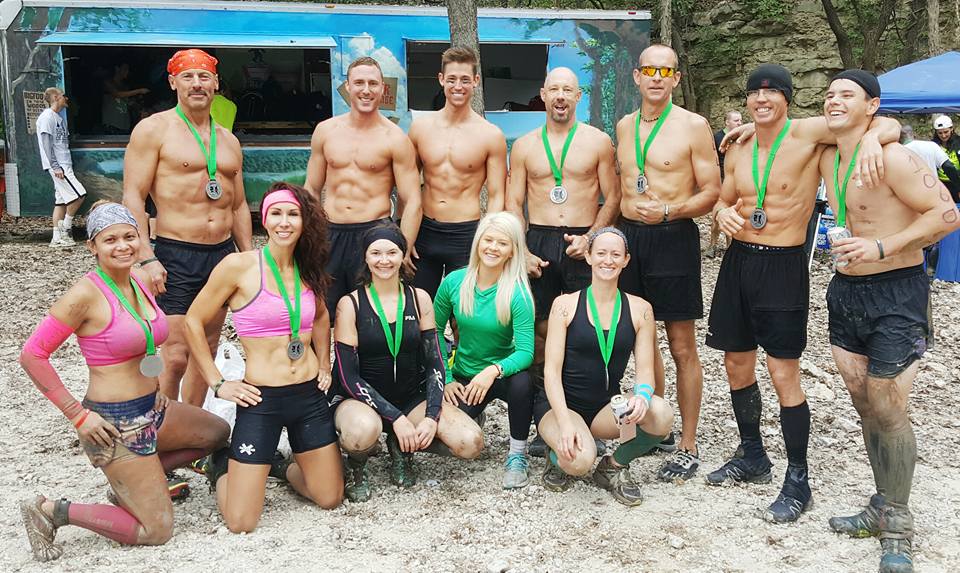 Nebraska OCR athletes with a strong showing at CTG-XTC.

The event offered a unique finisher’s medal and finisher’s t-shirt which were only available at this event. It was definitely a cool perk for those that have done either a CTG or XTC event at some point this year.

As always, the competitive portion was mandatory obstacle completion. Despite what I thought was the hardest series of obstacles at a CTG event this year due to how dense they were, the number of belted (CTG uses belts instead of bands) finishers was higher than I imagined. I ran into several people that expressed their happiness as they finished Pegatron, Cliffhanger or Tarzan Swing for the first time. Additionally, the elite women field was deep. There has been CTG events this year where simply finishing all obstacles as a female guaranteed a spot on the podium. For this event, the ladies needed to do all the obstacles…and needed to do them fast. 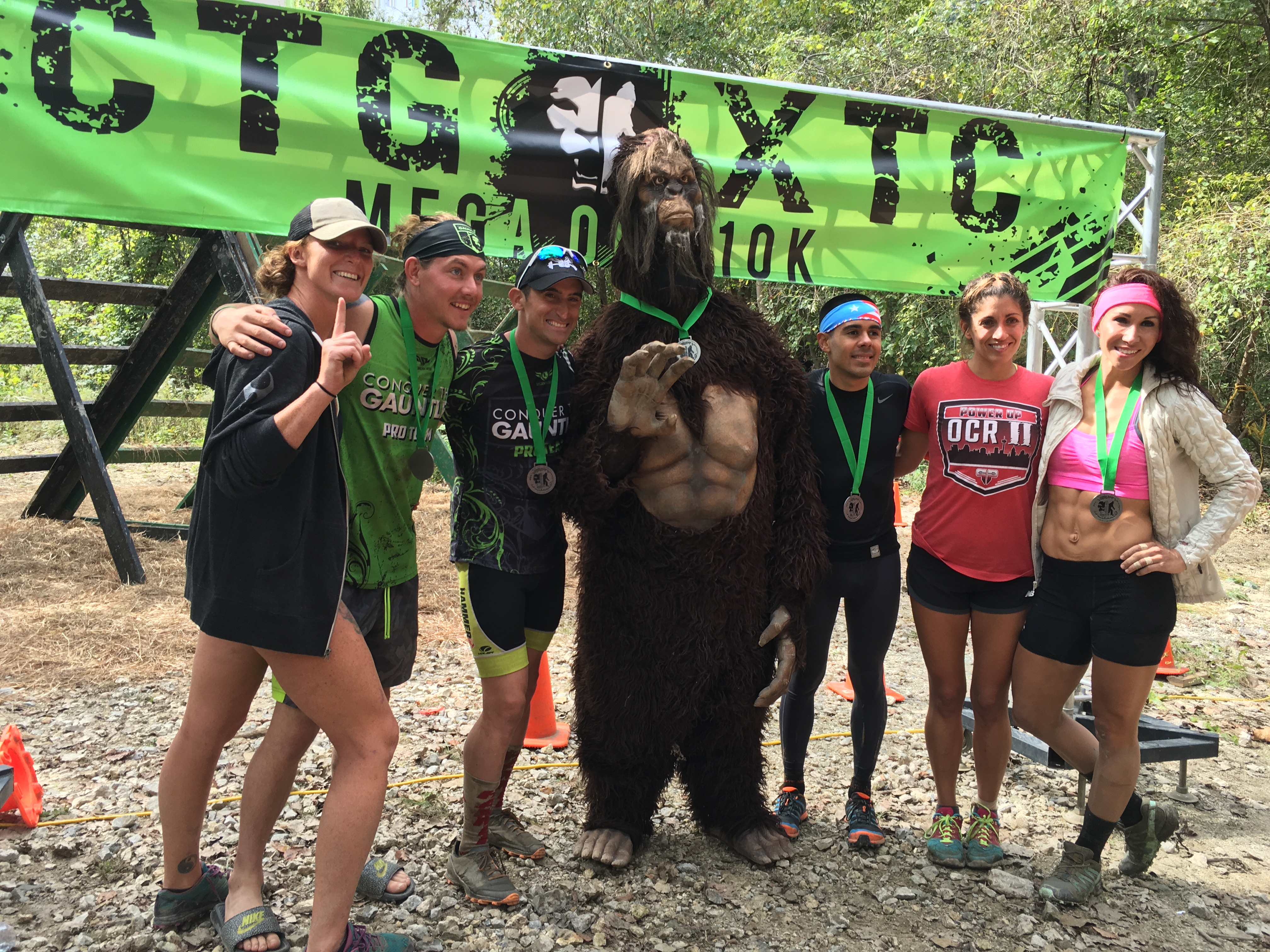 The event was awesome and easily one of my favorite of the year (and not just because I had a great race). The dual nature of the course was so unique and something I have never seen in any other OCR. The atmosphere was phenomenal because it was the last CTG event of the year.  Furthermore, I got to meet a bunch of new racers (from groups like MAOCR, KCOCR and OCR athletes from Nebraska) and spend a ton of time with a group of athletes who love the sport of OCR. I would definitely add this one to your calendar next year (date TBD, Fall 2017). MRG also offers coupon codes for CTG events, so make sure you check on their site for the latest discount for an already low-cost race.