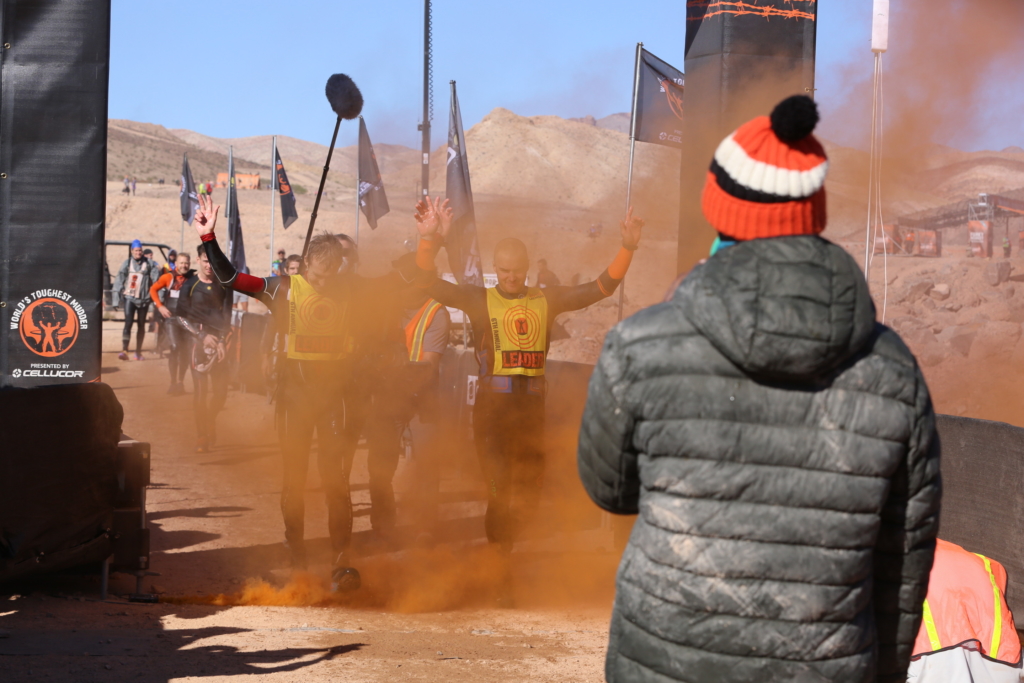 The 6th annual Worlds Toughest Mudder is now in the history books. Athletes limp their way home after a grueling 24-hours in the desert at Lake las Vegas. Athletes are already recounting the endless stories from the desert overnight which included two teams passing the 100-mile mark and three individual men. Marking a first in Tough Mudder history in Lake Las Vegas. Also, more colorful stories are emerging like Jim Cambell ripping the head off a rattlesnake near grappler at 3:oo am. The stories are rich and diverse and still coming as athletes try to recount over 24-hours of racing. 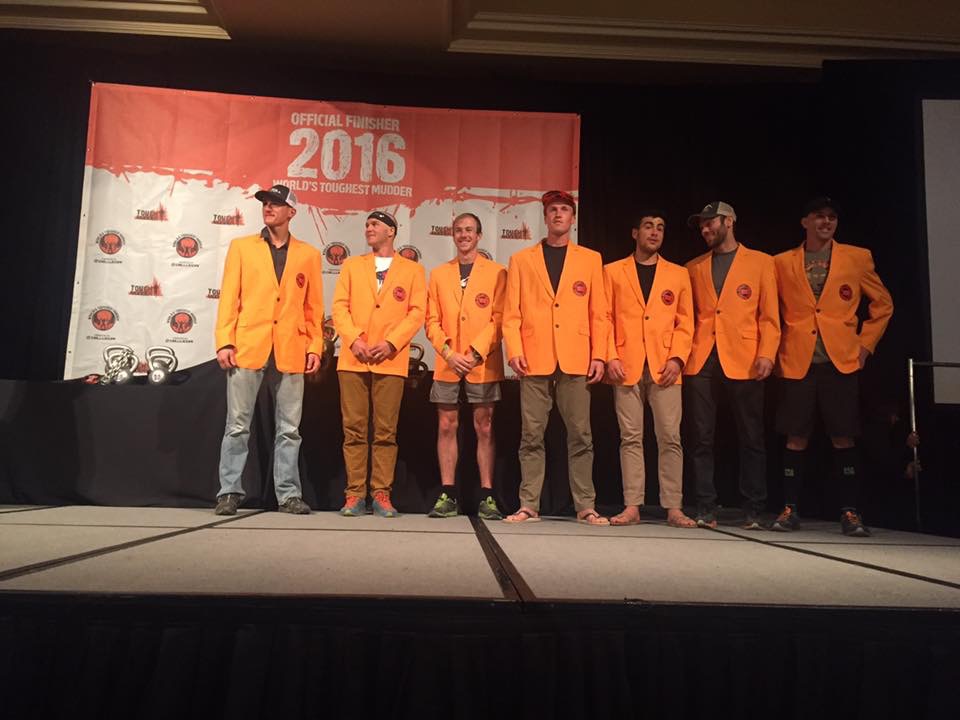 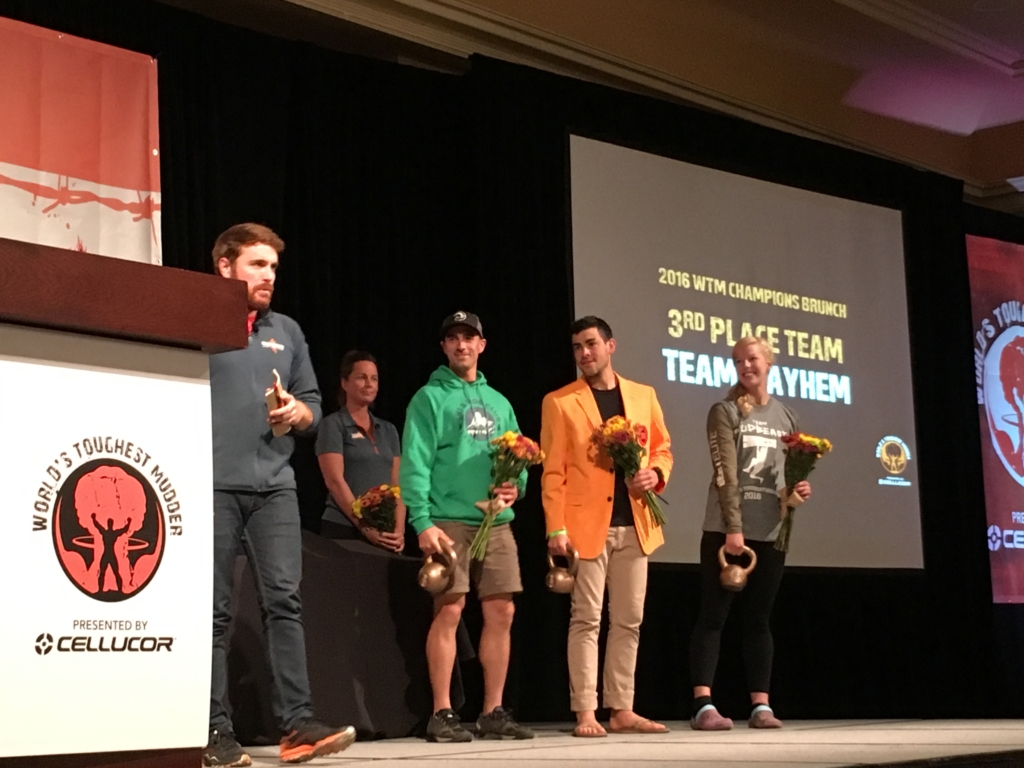 This year the team race was the most talked about division. Early in the year, Tough Mudder HQ decided to make a rule change that would drastically effect the team race. Teams of two were now allowed to race together. Quickly, teams began to form including two teams that immediately stood out, Team Goat Tough consisting of Ryan Atkins and Jon Albon. The second team was Team America with Chad Trammell and Robert Killian.

As the race unfolded it was clear that the pace was something not seen before in a team race. Both Team America and Goat Tough took off on a blistering pace. America took and early lead but soon Goat Tough overtook them and never looked back. On Sunday morning, Goat Tough, crossed the 100-mile mark and captured the $100,000 bonus. After capturing the bonus and knowing they had a comfortable lead. Atkins and Albon took a “bonus lap” to both secure their win and also help other competitors and continue to give back to the WTM community as they had done all race.  Team America continued to fight and would

After capturing the bonus and knowing they had a comfortable lead. Atkins and Albon took a “bonus lap” to both secure their win and also help other competitors and continue to give back to the WTM community as they had done all race. Showing once again why they are some of the classiest athletes in this sport. Team America continued to fight and would come across the finish line earning their 100-mile bib and jacket as well. 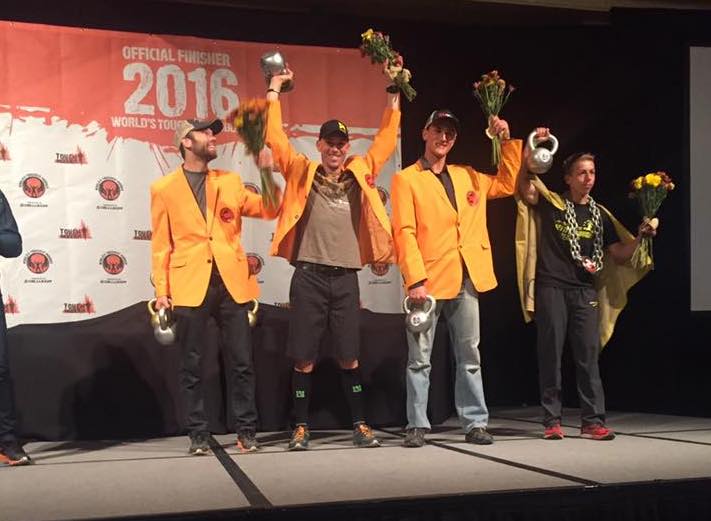 The men's race this year was full of ups and downs. Many lead changes happened throughout the race. Junyong Pak held an early lead followed by Nickademus Hollon, the blistering pace. Pak was the first to halter having trouble once again with keeping his body temperature warm and was medically pulled at night. Hollon took and extended break then finished his last lap in the morning calling his race at 75 miles.

As some athletes fell off the leaderboard others rose to the occasion. Trevor Cichosz continued to work his way up the leaderboard until he was in first place and would stay there for the rest of the race. At one point it looked like he ceded the race to the eventual second place finisher, Austin Azar. Azar also continued to creep up the leaderboard throughout the race and put everything he had into the race also crossing the 100-mile mark. In third place was Kris Mendoza who held strong the entire race and would also put in 100 miles on the course. Prior to this event, only one person had reached the 100-mile achievement and that was Ryan Atkins in New Jersey. 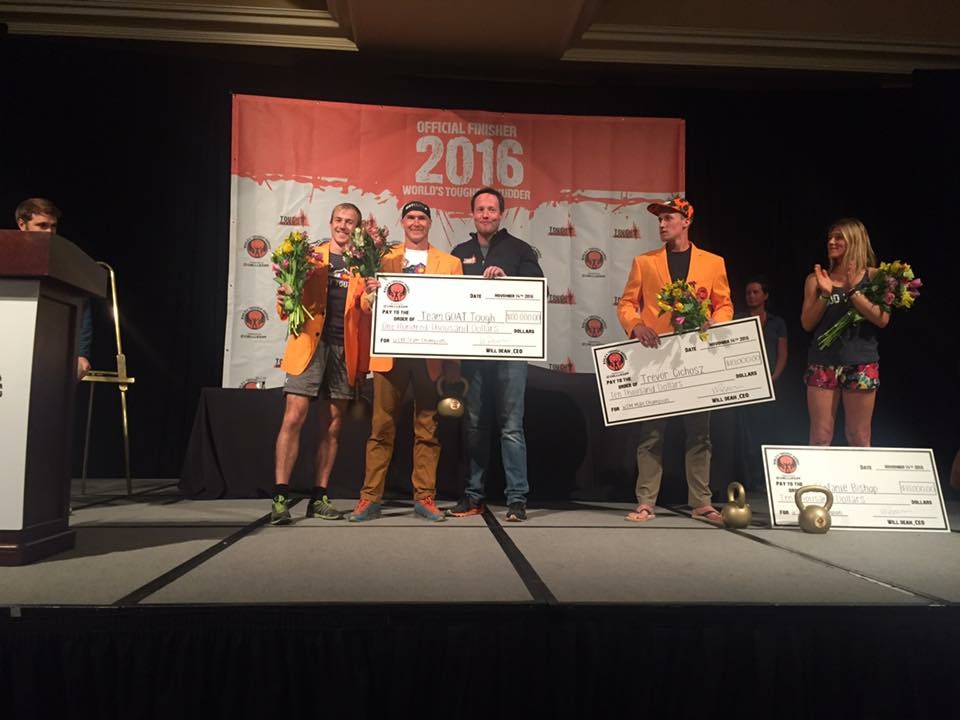 In the women's race, it was all about one woman, Stefanie Bishop. Bishop signed up for the event late, and kept it quiet she was planning on competing. It wasn't until late Thursday we were alerted she was racing and immediately she became one of the top women to watch. She is a seasoned obstacle racer, from back in 2010 and 2011. An experienced Death Racer finisher and winner. Most recently she has been shifting focus to adventure racing but came to give World's Toughest Mudder ago. A gamble that would surely pay off.

Bishop took the lead early and kept it throughout the entire 24+ hours of racing. Winning her first World's Toughest Mudder. In second place was German Susanne Kraus, who was a silent force on the course the entire race. She continued to be strong and steady throughout the event which would propel her to a second place finish overall. Third place finisher Morgan Mckay battled on the course. This was her fourth attempt at World's Toughest Mudder. As she said at the finish line “this was four years in the making” as she accepted her third place huge medal.

Watch our replay of the live stream from the Monday Awards Banquet here.