Athletes can start booking their travel for 2017 with the announcement today of the 2017 OCR World Championships heading back to Blue Mountain, Ontario, Canada. The fourth edition of the OCR World Championships is set to take October 13 -15, 2017. Pre-registration opens today to allow athletes to reserve their spot (prior to qualifying) in either the age group divisions or pro division.

Mud Run Guide spoke with Bijanada about the return to Blue Mountain for a second year in 2017. He said that returning to Blue Mountain gives the OCR World Championship team the chance to dial everything in and produce exactly the event they envision and continue to enhance to participant and spectator experience.

For the last two weeks those in the OCR Community have been speculating on the exact location of the 2017 event. Bijanada told the international press corp yesterday, that the decision to keep the event in North America for an additional year was not taken lightly and noted that this will most likely be the last time the event is in North America “for some time.”

Bijanada addressed some of the major additional questions that have recently been brought up in the OCR World Championships Athletes Facebook Group recently in the discussion yesterday.

Will the 2017 Qualification Standards Change? 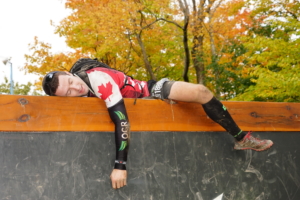 Athletes racing in the Spartan Race Series will still be able to qualify for the OCR World Championships racing in the Open heat but the standards have changed a bit. Look for the full list of standards and qualifiers here.

Will All Divisions Receive Medals and Prize Money? 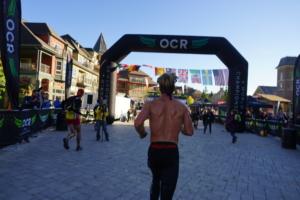 Will Each Event Have a Separate Wristband? 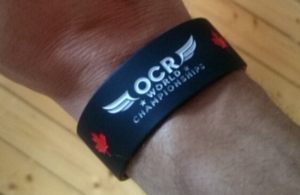 In 2017 each event will have it's own unique wristbands allowing for participants a chance to try to keep a unique wristband for each unique event within the OCR World Championships.

Will the Racing Wave Format Stay the Same? 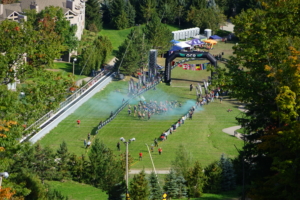 Yes. For the Most Part.

While heat times for the 15K course are based on the average times of racers from the previous years, athletes can expect to seem the familiar wave formats from this year notably with the 3K course having the Pro Waves race at the end of the morning giving the race a spectator friendly format.

The “Obstacle Manual” will have new obstacles revealed each month leading up to the 2017 OCR World Championships offering athletes an idea of what obstacles will be included in the 2017 Championship.

Will the OCR World Championships Ever Leave North America?

As stated above in the article. Adrian Bijanada indicated yesterday that this will be the last year of the OCR World Championships in North America “for some time.” Reading between the lines it looks like the race might be moving to Europe or beyond in 2018.

With the date and location set for 2018, it is time for athletes around the world to plan their race schedules and get training for the 2017 season. For the full press release regarding the return to Blue Mountain see below. To find a qualifier race in your area use the MRG race finder.

The 2017 Obstacle Course Racing World Championships will return to Blue Mountain Resort, one of the largest mountain resorts in Ontario, Canada for a second year of international competition. In its fourth year, the OCRWC has grown significantly since its inaugural race in 2014 with the 2016 event attractive over 3,000 athletes spanning 44 countries. The 2017 competition will be held October 13-15 and will again be produced by Adventurey, LLC in partnership with Canadian-based event sports production company, 365 Sports.

“We are thrilled to be back at Blue where we hope to build off the success of the 2016 event,” said OCRWC CEO & Founder Adrian Bijanada.

“Our team is particularly excited to deliver and even more athlete-focused experience, while taking our courses and obstacles to the next level. This the perfect North American send off for the event as we look to bring it overseas in future years.”

“We are excited about the return of the OCR World Championships to Blue Mountain, and proud to be the production partner again for this amazing event,” said Jess Fulton, President and Founder 365 Sports Inc.

“The friends we have garnered over the last year and the OCR community is hands down one of the best sports and industries we have worked within. We are just getting warmed up here and are committed to always improving the athlete experience and quality of our events year after year.”