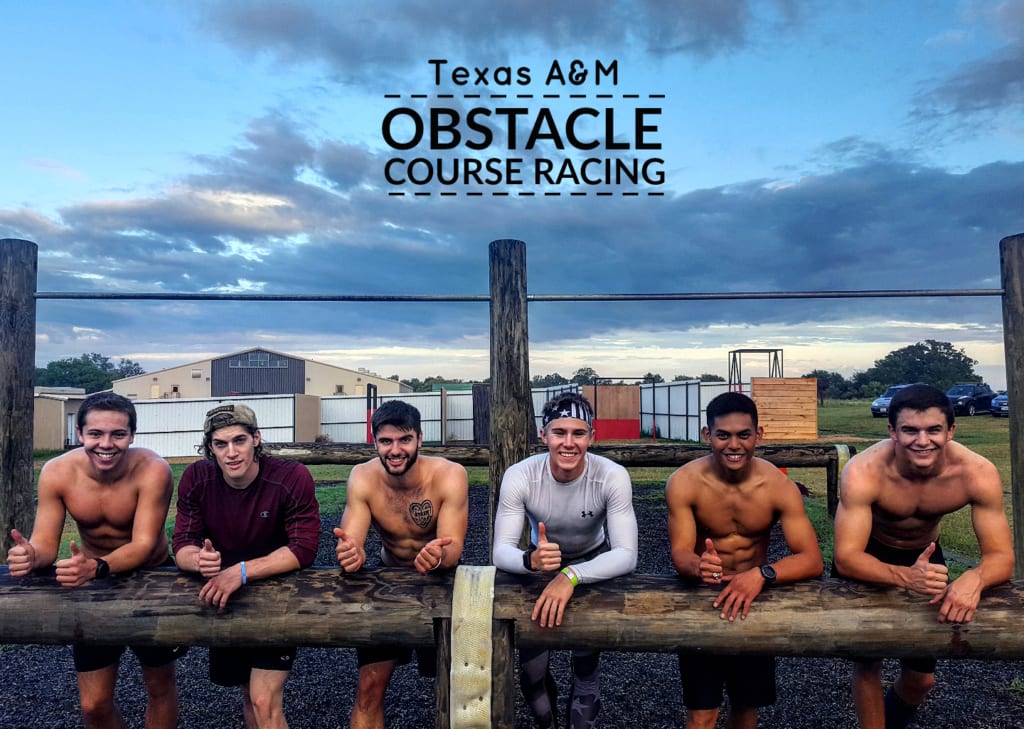 It’s undeniable that while OCR has budded beautifully over the last decade, the younger population amongst those in attendance has been noticeably non-existent, to say the least. Sure, high school and college-aged kids might drop by to run a race one weekend with a group of their friends, but when it comes to the competitive side of things, things don’t get super serious until around the mid-twenty age range. Most of the younger generation entertain the idea of obstacle racing, but it hasn’t fully latched onto them with the interest it had with those twenty-five and above.

Flashback to summer 2016. Whenever I checked the notifications on my phone one day and saw that some guy named David Niermann had messaged me on Instagram, I had no idea the wild ride that lay in store for me. I started reading the message like I would any other, but as my eyes scrolled past line after line, my interest piqued more and more until a Cheshire smile was plastered across my face: He had run the Spartan Race AT&T Stadium Sprint that day; he had been telling people about an obstacle racing group he was wanting to start at Texas A&M University; they told him that he should contact me, since I’m a frequent competitor and likewise a student at A&M he wanted to know if I was interested.

I replied without a moment’s hesitation.

I didn’t know how official this group thing was, but I was in major need of some training buddies. Back in high school, training had been a lot easier – I can thank cross country, track, a consistent workout schedule, and much easier time management for that – but college was a whole different story. As soon as I entered A&M in the Fall of 2015, there was a noticeable dip in my performance at the OCRs I ran. Though I tried to deny it at first, my speed definitely began to leave me, and I realized that my lack of training was really beginning to have an effect on the races I ran.

My strength was fine (if not better than ever; strength workouts are a lot easier to fit into the college schedule than long runs or speed workouts), but the motivation simply was not there – I had nobody to train with, nobody to push me. I like to think that I’m a pretty motivated person, but after some time even the most motivated of people will turn a 6-minute pace into a 6:30 and then a 7:00 if there’s nobody out there to push them. For an entire year, I tried my best work through that rut, but things just weren’t working out. I tried to find other people who did obstacle races, but most of them were just as I mentioned earlier – Weekend Warriors who didn’t take it nor the training that went into it very seriously. I needed somebody to train with. 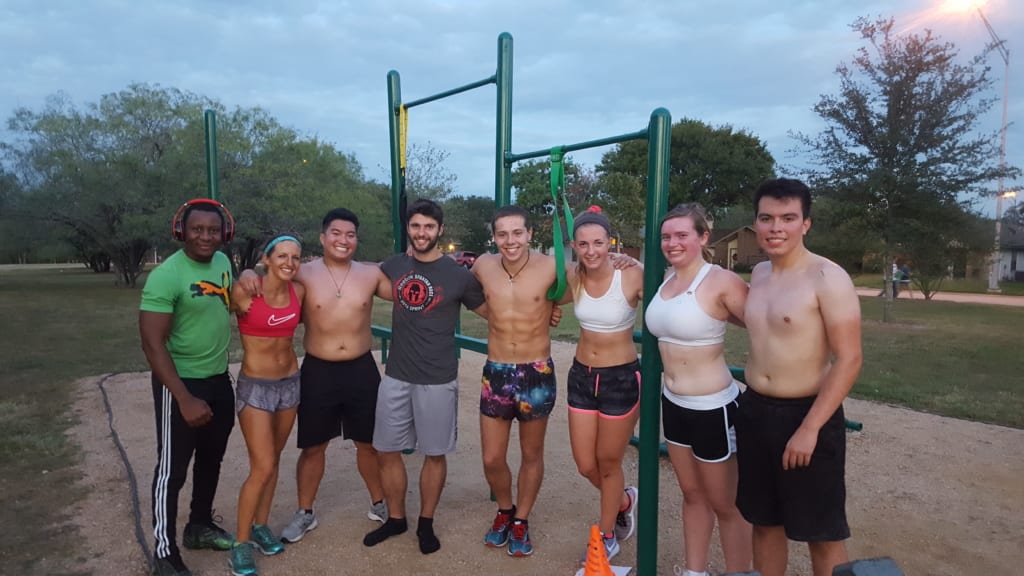 So, as you can see, Niermann’s proposal was pretty enticing: a group of people all gathered together to do one of my favorite things in the entire world? Of course, I was interested! I was ecstatic.

Strangely enough, Niermann lived in Dallas and I just happened to be travelling to Dallas that weekend, so we met up at a high school track early in the morning so I could run him through one of my workouts, and then that afternoon we hit up Obstacle Warriors to get in some strength training while we brainstormed his idea for the new organization. Then we shook hands, departed, and I headed back to home to Houston. Summer dragged on.

A month and a half passed quietly as we awaited the up-and-coming semester. Over text or on the phone, Niermann and I would brainstorm about possible workouts and locations and ways to draw in members, but other than that things were fairly normal – I hadn’t yet processed the ramifications about what we were about to begin.

We established a steady group of seven or eight people right off the bat, with four officers (Niermann as President, myself as Vice President, and then two others as Treasurer and Head of PR). I would be in charge of most of the workouts and social gatherings outside of workouts while Niermann took care of the more detail-oriented, nitty-gritty stuff, while also leading a good sum of the workouts himself. We started talking about the Open House that was soon approaching, which would be our first big chance at selling ourselves to the entire Aggie community. (Essentially, we would be stationed outside the Memorial Student Center for a few hours, competing with hundreds of other organizations as we fought for the attention of students in search of some group to dedicate their time to.) We brainstormed ideas on how to draw people in, breaking down OCR into its core components as we tried to recreate the magic of the sport, the very essence and intrigue within it that has made it blossom in the last few years. (A few years ago, nobody knew what obstacle racing was, yet now it’s hard to come across someone who hasn’t run or at least know someone who has run one if not multiple obstacle races at some point; if OCR as a sport could do it, could we not do the same?) 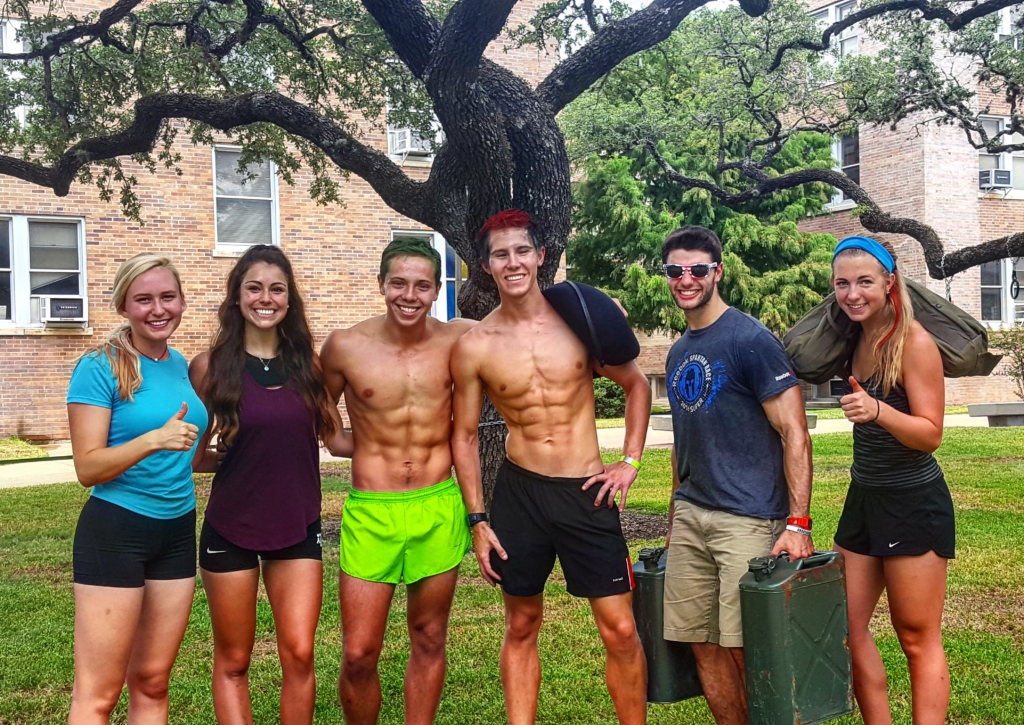 Then came Open House. With six of us stationed just outside the MSC, we donned bright colors and flexed our muscles as best we could as we tried to draw attention towards what we knew to be the best thing since sliced bread. We used some of my workout equipment as props for our elevator pitch, setting up a slackline between the trees, making a makeshift platinum rig on the sturdiest branch we could find, and littering the lawn with sandbags and jerry cans and buckets galore. For hours we stood out there promoting the heck out of our organization, talking to hundreds of students and selling our “workout group” in any way possible. “It’s like an adult playground,” we’d say as we held their hands and guided them along the slackline. “We have access to the Corps O-Course,” we’d tell those who were interested in going to the military. “It’s the best of both worlds: cardio and strength,” we’d tell those who despised long runs just as much as spending obscene amounts of time in the gym. “Other than these buckets and sandbags, I only do bodyweight stuff,” I’d remind those who had a particular grudge against using weights. We told them how no prior athletic experience was required and how, through our organization, not only would they get in better shape, but they’d be joining the finest community that the athletic world had to offer. And of course we told them about the selfies. “Think of the epic pictures you’ll get,” we told them. “Jumping through fire. Climbing ropes. Flipping over walls. Throwing spears.” We tried every tactic we could.

At the informational we held that night, I have to admit that I was surprised by the turnout. I had expected maybe ten or fifteen people to show up – and this is from me, a known optimist – but when dozens upon dozens of people began to pour through the door of Rudder Tower to hear us ramble on for thirty minutes about or start-up organization, my mouth just fell open. 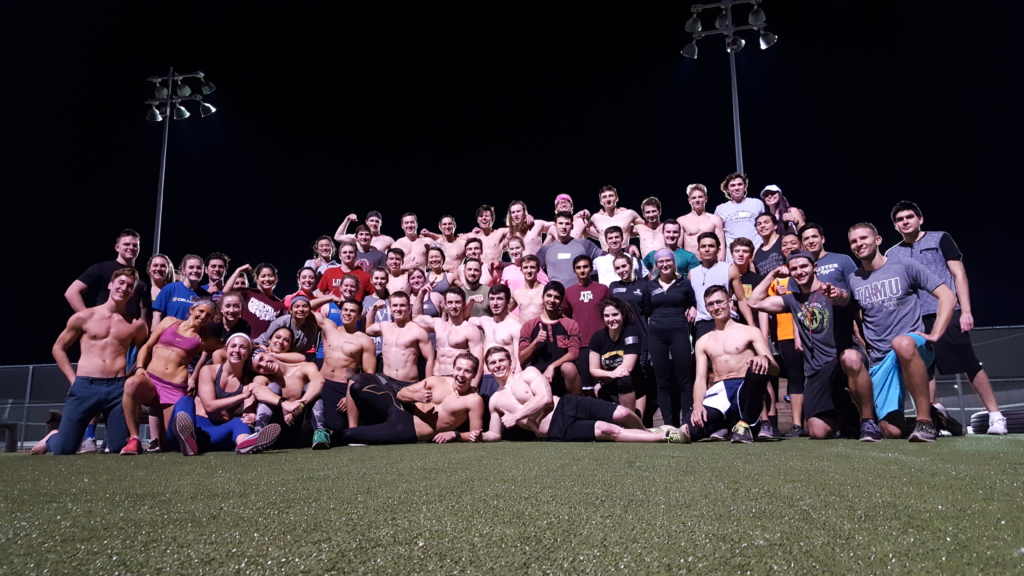 Within Two Weeks, We Had Over Fifty Members.

The semester that followed was crazy. We received permission to use not only the Corps Obstacle Course but also the A&M Boot Camp as a location for workouts, and we were successfully able to run our members through sessions that seamlessly blended together cardio, strength, and endurance. And burpees! Oh, the burpees. It turns out that some of the members were even crazier than me, because soon they were coming up to me and suggesting we do an hour of burpees as a workout.

But yeah, it was a whirlwind. Some days we would do circuits and others we would just go on runs; others we would go hit up the obstacle course, and then still others we would just simulate courses out on a track, mixing together sandbag carries with running and burpees and monkey bars to balance the stop-and-go action you experience out on a race course. We began to get together outside of the workouts too, going to post-workout meals and staying over until the early hours of morning just chatting and bonding. It soon became evident that not only had we succeeded in mimicking the attraction OCR, but we had unintentionally replicated the indescribable community evident at those races. This was further confirmed to me when one of our members commented, “We’re not just a team; we’re a family.” 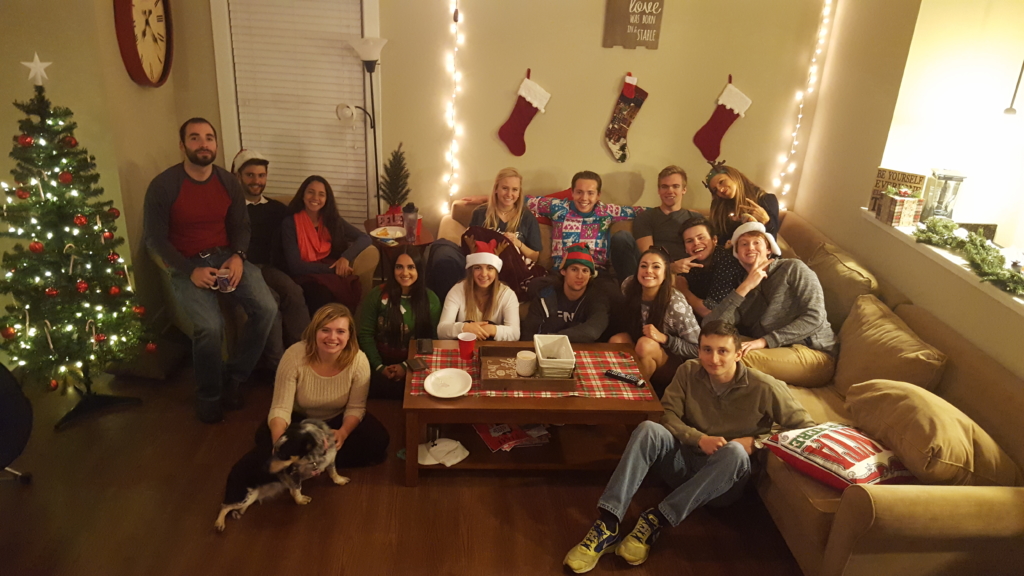 You would think it would stop there, but truth be told, we’re just getting started. As I write this, we are currently two weeks into our second semester as an organization, yet I can proudly boast that just last night, we had a record attendance of over 65 people at one, single workout – nearly seventy college students, all gathered together under one unifying cause: pushing past one’s limits and to be the best them that they can be. While other kids our age are out partying or playing video games, college-aged men and women alike are coming together, united by the community created by OCR.

My point in all of this is that what we’ve created with TAMUOCR very nearly mimics the beauty of obstacle racing in general – a community of people, a family, that gets together to encourage and support one another. We’ve evolved beyond the “workout group” I originally thought Niermann was suggesting we create, and without meaning to, we have begun a family of people all centered around one common passion.

I can’t explain why TAMUOCR worked out, but it serves as another testament to the greatness of this sport. We’re “more than just burpees” – we’re a family.

About the Author: David Tate