Obstacle Racing Could Be One Step Closer to Olympics 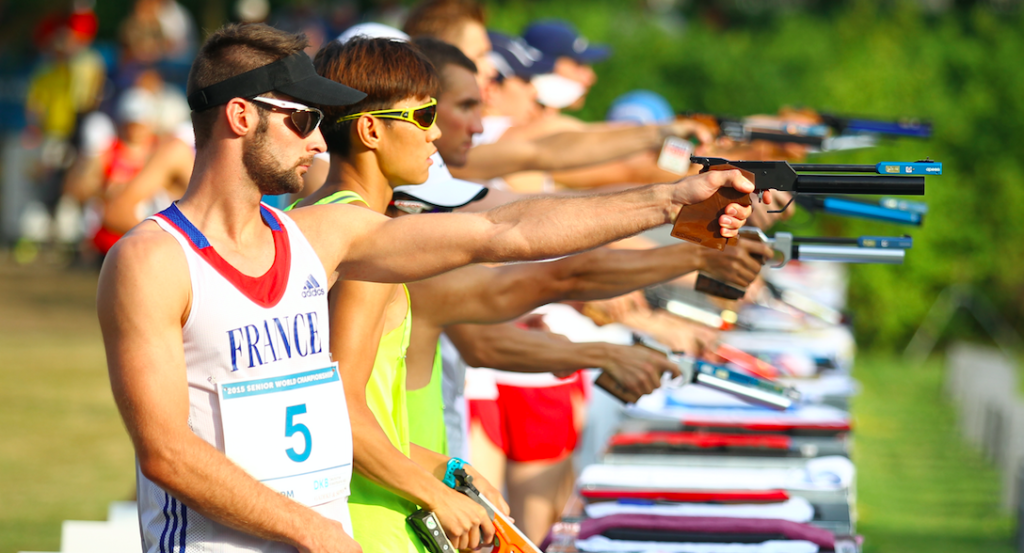 Last week, obstacle racing took one step closer to becoming an Olympic sport in the future. The Union Internationale de Pentathlon Moderne (UIPM), the national federation for Modern Pentathlon announced that the board voted to add obstacle racing into the laser-run event possibly as soon as the 2020 Tokyo Olympics.

According to the official documents from the last UIPM meeting stated:

First, the UIPM's strategy of having the Mixed Relay included in future Olympic Games programmes starting with Tokyo 2020 was discussed at length. It was unanimously agreed that this innovative format will include Obstacle Course Racing as part of the Laser-Run discipline. This addition, with strong ties to the historical traditions of the Modern Pentathlon, will add additional value to the Modern Pentathlon event, and the Games itself, and UIPM will campaign strongly for its inclusion.

Upon learning the news that obstacle racing might be one step closer to the Olympics, Mud Run Guide reached out to Ian Adamson, from the OSF – International Obstacle Sports Federation (formerly known as the IORF) to find out more about this announcement as the organization has been collaborating with the UAS Pentathlon since last year. The two worked with Spartan Race in both Fort Carson and at the Dallas Stadium Race.

Mud Run Guide reached out to Adamson to find out more about this meeting and what this could mean for the OCR industry as a whole. Adamson said much of what the Obstacle Sports Federation is working on is still behind the scenes including an OCR World Series, highlighted on the OSF website.

Adamson did have this to say:

“UIPM World Cup #1 will be in LA February 22 – 26th and includes Laser Run. I can’t divulge what's happening there, so you will need to wait for UIPM or USA Pentathlon to announce what this looks like” but did indicate that the new event will probably be “Laser Shooting with the run being an OCR. Athletes do an OCR and shoot Laser pistols each lap, just like winter Biathlon“.

Mud Run Guide asked Adamson who were representative of the OCR industry in the UIPM meeting; he replied that he was not. When further asked about obstacles and if and who from the OCR industry will be consulting with the UIPM on obstacle development Adamson could not comment on the record at this time.

Shiny Fang, the Secretary-General, for the UIPM commented about the formation of the new event after their recent meeting,

“The UIPM is a leader in sports innovation. We are tirelessly looking for new, improved and relevant ways to present our sport.  The UIPM is currently evaluating the addition of obstacles in the Laser / Run discipline as part of the running course in our Mixed Relay event.

This process involves various demonstrations to determine how such elements should be included. Cross-country running over obstacles and impediments is part of the historical past of the Modern Pentathlon and is considered an important innovation in the future of the Mixed Relay.”

With the first UIPM World Cup in Los Angeles, California February 22-26, 2017 the obstacle racing world will not have to wait long to see exactly what this new event will look like. Until then it appears the OCR industry is one step closer to having their foot on the doorstep of the Olympics, possibly as soon as 2020.