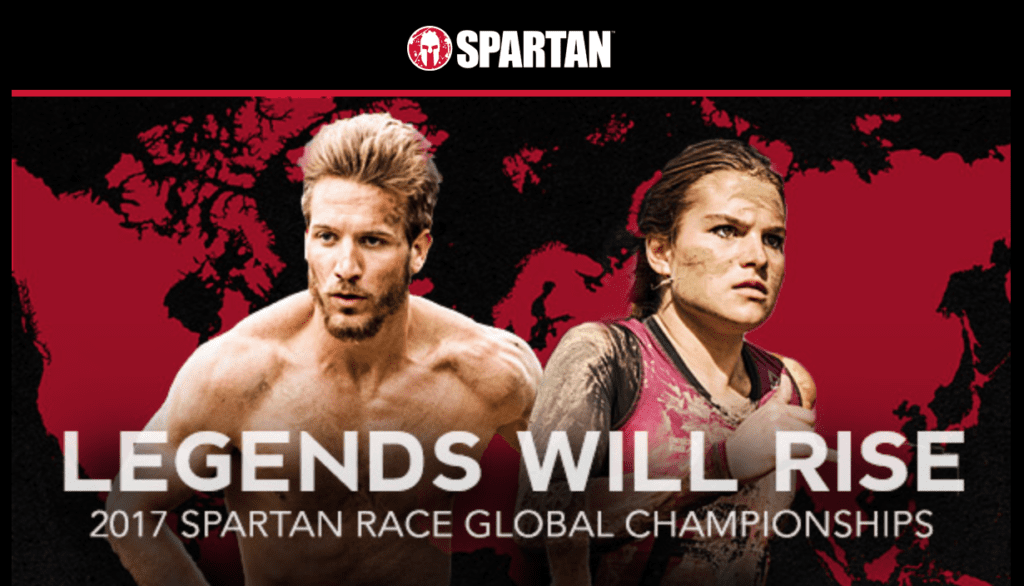 Fire and grit collide on the racecourse when the world’s greatest athletes compete in the 2017 Reebok Spartan Race World Championship in Lake Tahoe, Calif. September 30 (#RoadToTahoe). The pinnacle event of the obstacle racing season will see a field of 500 elite athletes from more than 30 countries battling the mountainous terrain at Squaw Valley during the 12+ mile (20+ kilometer) Beast-style race. To qualify for the World Championship heat, men and women racers must finish in the top 5 at Spartan Races around the world during the 2017 qualifying season. Previous World Champions have hailed from the Czech Republic, UK, Canada and the U.S.

“The World Championship is the premier event on the Global obstacle racing calendar, and is quickly becoming one of the most elite endurance events in the world,” said Spartan Race Founder and CEO Joe De Sena. “Each year, the road to Tahoe gets harder and harder, so only the most resilient athletes make it to the finish line.”

Highlighting the field of endurance athletes at the World Championship and throughout the season is the Spartan Race Pro Team, boasting the top athletes in the sport including Amelia Boone, Robert Killian Jr., Ryan Kent, Alyssa Hawley, Faye Stenning and Matt Novakovich, along with newcomers such as Veejay Jones and Rea Kolbl. The team will also compete at all Spartan Race U.S. Championship events, along with select regular-season races and global events.

The proving grounds for the World Championship will take shape over the course of 200 races in more than 30 countries. The season will feature the 2017 Spartan Race Global Championships, a series of regional events spanning four continents and 12 countries. Legends will rise as they compete for more than $250,000 in cash and prizes on some of the most unforgiving, and scenic terrain the Earth has to offer.

“The launch of the Spartan Race Global Championships marks a major milestone for the sport,” said De Sena. “As we continue to grow rapidly around the world, the passion for the sport grows stronger, which will create fierce competition on the course that will unfold among our world-class endurance athletes.”

As part of the 2017 U.S. Championship event in Charleston, West Virginia August 26 and the European Championship in Encamp, Andorra September 16, Spartan Race has introduced the Age Group Championship, which will provide racers the opportunity to compete against their peers in competitive heats for awards and distinction. The Age Group classes are: 14-17, 18-24, 25-32, 33-39, 40-49, 50+.

The Asia-Pacific Championships launch April 22, with a Sprint in Hong Kong, Supers in Taiwan, South Korea and Malaysia, and a Beast in Australia. Beginning April 1, Central Europe will see two five-race series, one focused on the Sprint distance race and the other on Super-distance, with events spanning Hungary, Poland, Slovakia and the Czech Republic. All roads lead to the 2017 Reebok Spartan Race World Championship in Lake Tahoe.

Spartan Race has grown into the largest obstacle race and endurance brand in the world and expects more than one million people to compete and attend in 2017. On the unapologetic Spartan racecourse, competitors are faced with natural, man-made and mental challenges, forcing them to conquer obstacles such as the barbed wire crawl, bucket brigade, fire jump, rope climb and spear throw.

All Spartan Race Global Championship events have qualifying elite heats, and heats that are open to the general public.