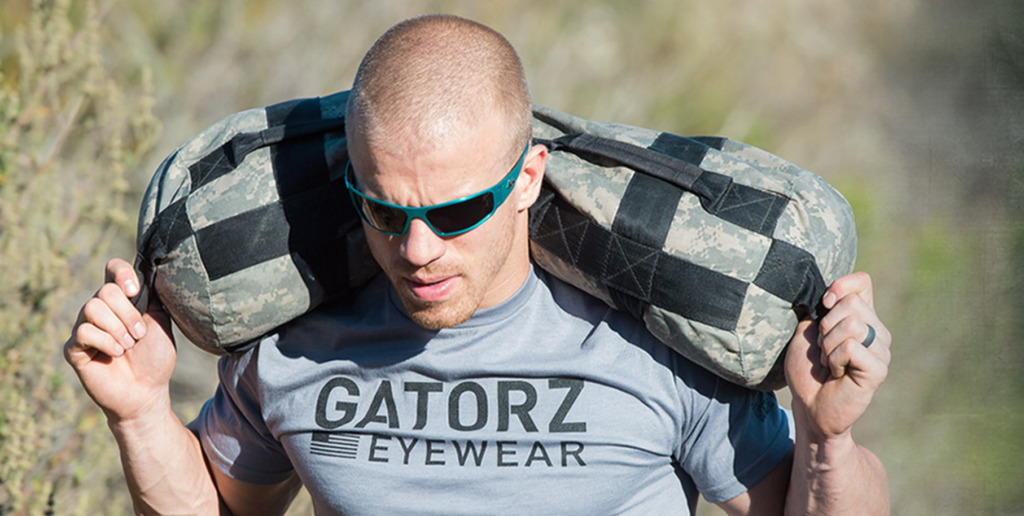 Spartan Race announced a new partner for the 2017 Reebok Spartan Race World Championship this fall with Gatorz Eyewear coming on as a sponsor. Gatorz Eyewear is also an official sponsor of the Reebok CrossFit Games. Gatorz has been a leader in durable eyewear for over 25 years and continues to create military-grade American made products for the most intense and extreme of athletic endeavors. Full press release below.

CARLSBAD, CA. – Gatorz, the creators of patented aluminum eyewear worn by extreme athletes and members of our armed forces has teamed up with Spartan, the world’s largest obstacle race, and endurance brand, as an official partner of the 2017 Reebok Spartan Race World Championship taking place September 30 through October 1 in North Lake Tahoe, CA. The pinnacle event of the Spartan Race season is televised on NBC and draws the world’s best endurance athletes from more than 30 countries.

“Gatorz was created on the hallmarks of endurance, performance, and intensity and we could not think of a better partner than Spartan to showcase the highest quality sunglasses on the market,” said Gatorz Brand Manager, Andrew Fontes. “Spartan Race competitors are some of the toughest athletes on the planet and they need eyewear that can handle the fire, barbed wire, mud and gritty obstacles they face on the course.”

As part of the of the partnership, Gatorz will receive several on-site activation opportunities at the 2017 World Championship including a retail space for purchase and trials in the race festival, and co-branded exposure throughout festival and race course. In addition, Spartan’s on-site staff and 21 Pro Team racers will be outfitted with Gatorz and competitors who podium in the elite and competitive heats will be awarded with a pair of sunglasses. Digital activation will include exposure on Spartan’s social media channels with the hashtag #gatorzeyewear #thereisnosubstitute.

“Gatorz makes some of the most durable, military grade eyewear on the planet, which can stand up to the challenges competitors face along the grueling Spartan Race course,” said Spartan Vice President of Global Partnerships Ian Lawson. “We are all about partnering with brands that share our values, passion and love of grit, and we’re excited to have Gatorz on board at our biggest event of the 2017 race season.”

Gatorz has been a leader in durable eyewear since their introduction into the sunglass industry over 25 years ago. Gatorz continues to create military grade American made products for the most intense and extreme of athletic endeavors.  Gatorz’s patented aluminum design is ideal for high intensity sports as they naturally help release heat and are shatter resistant.

With global championship events in North America, Asia-Pacific, Middle East and Europe, all roads lead to the 2017 Reebok Spartan Race World Championship, featuring a field of more than 500 elite athletes battling the mountainous terrain at Squaw Valley during the 12+ mile (20+ kilometer) “Beast” race for $100,000 in cash and prizes. To qualify for the world championship heat, men and women racers must finish in the top five at Spartan Races around the world during the 2017 qualifying season.