Training for Overnight Events: I Wear my Sunglasses at Night 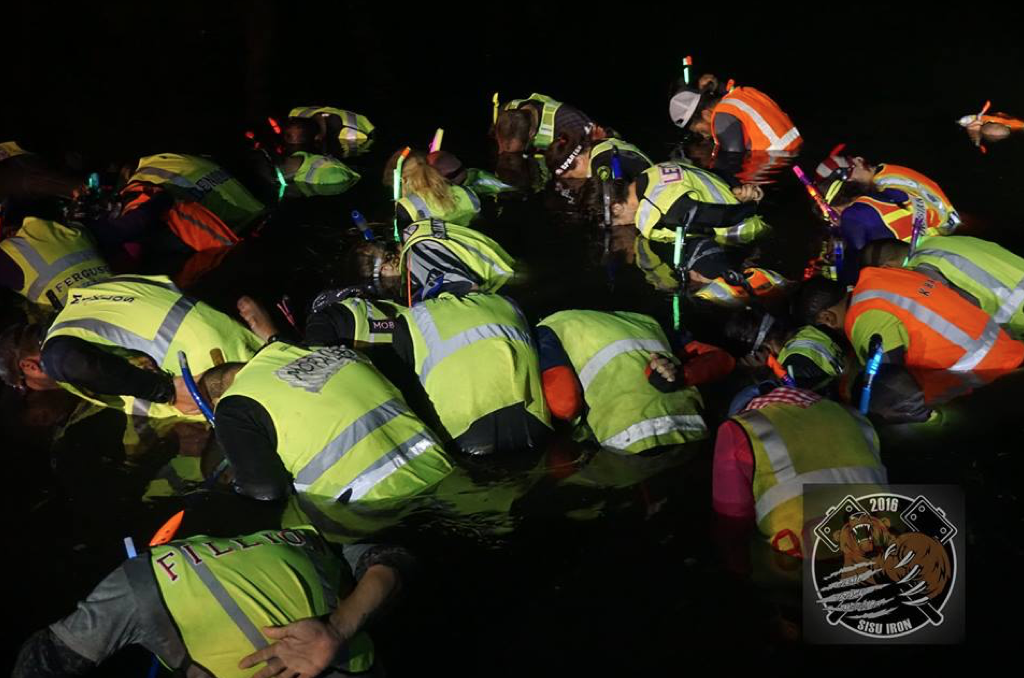 A challenge on the first of two nights in the 2016 SISU Iron: breathe through a snorkel in a cold pond until they tell you to stop.

As we approach the end of the year, we start getting more high profile ultramarathon obstacle course races. Other than the excessive amount of running and obstacles involved, a non-trivial challenge for a lot of these events is competing overnight in low light and while sleep deprived. Here are a couple tips for how to prepare for that aspect of the event without changing your life into being a nocturnal hermit. (Becoming a nocturnal hermit probably won’t help your race performance anyway.)

The First Big One: Sleep Deprivation.

I recommend pulling an all-nighter once a month for two months before a 24-hour event.

No more. No less. On the second day, go to bed at a reasonable time or a little early. Yes, that means that you’ll be up for 36-40 hours. Don’t plan on being mentally functional the next day. In my opinion, you don’t need to work out overnight and I really hope the second day is a rest or recovery day. As long as you’re up the whole time doing something, your body will learn to not get as horribly exhausted. I did this before World’s Toughest Mudder 2014 and it did wonders. For other WTM’s, I’ve worked night shifts and 30-hour calls so work forced me to do this anyone.

Your next question is why did I say no more? Sleep is an important part of recovery. If you work hard and sleep 4 hours a night, your body doesn’t have the time to rest, recuperate and, most importantly, rebuild your muscles, bones, and tendons into a stronger you. Some people will say that they’ve trained themselves to function on less than or equal to 6 hours of sleep per day. Psychological experiments have tested these people. If you think that you’re acclimated to less sleep, then get more than 6 hours, you do better mentally and physically. The conclusion: sleep is good. Don’t lie to yourself and tell you that you need less of it.

The Other Major Tip:

Practice Running With a Headlamp.

Running by the light of a headlamp is not natural. When you’ve got a new moon and the sun is nowhere in sight, your headlamp will play tricks on you and it’ll freak you out if you’re not used to it. Subtle details like how to fasten the headlamp tightly so it doesn’t give you a headache but also doesn’t bounce around can be hard, and how to turn your head around a corner or how pointy rocks look when you’ve only got one light source are important to learn before you embark on your big event.

I recommend practicing by doing a nice easy recovery run super early or super late at night. If you’re running early, aim for the entire run to finish at least 45 minutes before sunrise. If you’re running late, aim to start 45 minutes after sunset. As you get used to running by the light of a headlamp, your running pace will be much slower than you’re used to and that’s okay. With practice, it’ll be just like a normal run.

One of the challenges to running with a headlamp is that there’s only one light source, so you have almost no depth perception. If you’ve got a free hand, experiment with using a headlamp plus a flashlight to help identify friendly rocks. In obstacle course races, I find that there’s enough light from the obstacles that I don’t need the flashlight and I also don’t have anywhere to put it when I’m using my hands on an obstacle.

Disclosure: You will trip. You may fall on your face. I did. That’s okay. Also, I don’t recommend wearing sunglasses at night. You look stupid and can’t see anything at all. 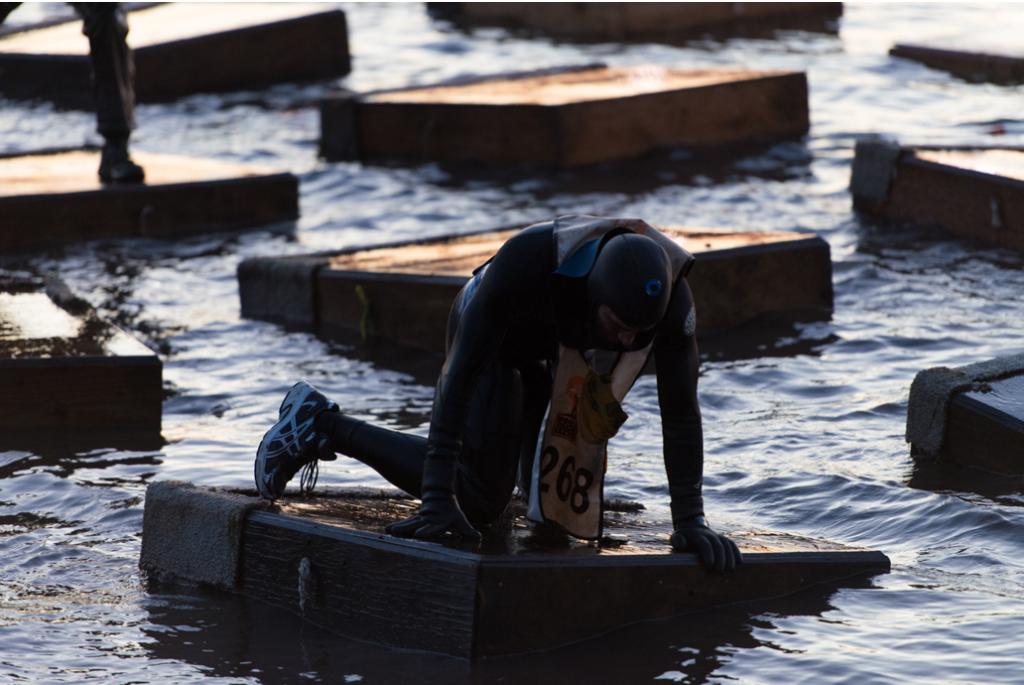 A throwback to Island Hopping at dusk during the 2012 World’s Toughest Mudder. Photo cred: Brad Kerr.