Barbers and Farmers and Spears Oh My! 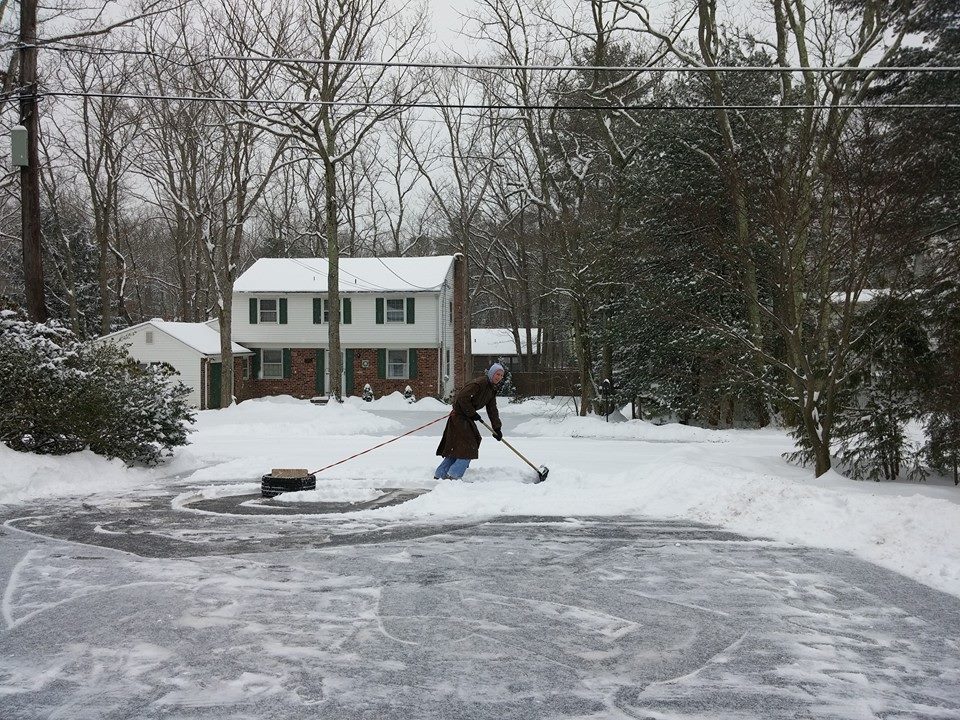 Keeping the colony safe from the upcoming winter months

A few months ago my hay bale got infested with ants.  I had the bale in the trunk of my car along with all my other toys.  The ants had no trouble taking on the Wreck Bag, Sand Bell, log, 5-gallon bucket, and other obstacles.  I got tired of them mocking me as they navigated over, under, through, and around them and my 40-pound weight vest.  Ants can lift over 5000 times their own body weight.  So by the time they had moved all my stuff out of the trunk and built a nest, it was time for the bale to go.  Spear throw practice would have to wait for a replacement.

The other day my wife wanted to have the last of the Jersey corn for dinner.  So I drove up the road to the local farm stand.  As I grabbed five nice ears of sweet corn, I noticed all the fall mums for sale.  Red, yellow, orange, and white mums neatly stacked on top of hay bales just screamed fall.  The hay bales called out to me.  Especially the ones marked for a dollar.  A plan was hatched.

Yesterday I got my haircut.  Unlike Samson who lost his strength when Delilah cut his hair, I feel so much better when I get my monthly flattop.  It’s a ritual I look forward to and it’s almost like getting pre-race jitters.  Before my barber even started cutting, she asked me how OCR was going.  Then she wanted to know if I was training on the county road the other day.  It’s the only hill in town so yes, I train there every week.  Then she wanted to show me a surprise. 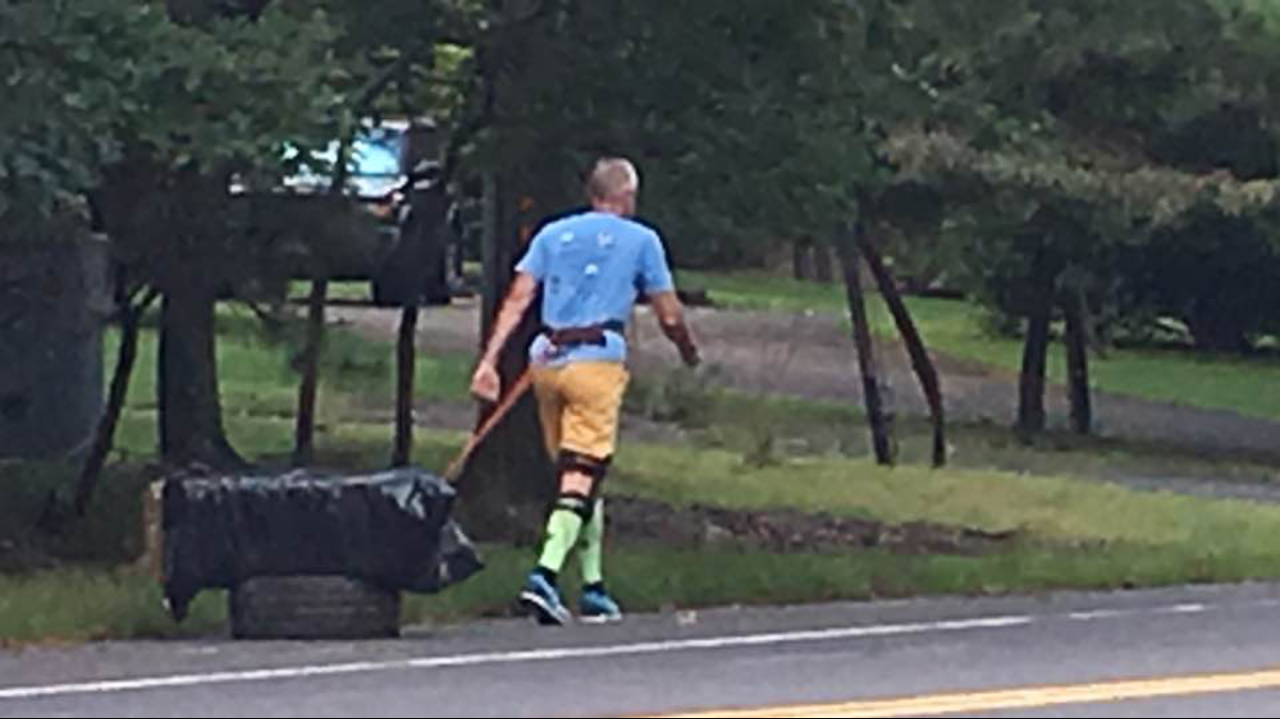 After delivering the corn, I strapped on my tire and ran up the hill to the farmstand.  I plopped down four quarters, a nickel, and two pennies and then grabbed the nearest bale.  The farm girl laughed and said I had paid too much.  Then she realized I had included the state sales tax.  That made her day.  Loading the hay bale on my tire made her entire summer.  I started the death march home.  Coming up was easy.  I’ve been dragging the 35-pound tire all summer.  But at 85 pounds now, that tire was now just a big ol’ gator trying to pull me back into the swamp.

I trudged home slowly with high knees and swinging arms to gain as much body weight momentum as possible.  I was in the zone.  Cars zipped by.  If heads turned, I did not notice.  The fact that someone took my picture went right by me.

It was my barber’s grandmother.  “I see this guy all the time.  This time he was dragging a tire with what looked like a bale of hay on it.  What’s wrong with him?”

My barber said, “I know that guy!”  Sure enough, she shows me the picture of me, marching along like an ant, dragging a mere 55% of my bodyweight behind me.  I felt so ashamed.  But then later that afternoon I saw on Facebook that Hunter McIntyre was training for Tahoe.  He carried 120 pounds of sandbags up and down a hill, about 1/3 of a mile, in 3:19.  Big deal Sheriff.  I went 1.58 miles and I didn’t stop to shift the weight.  I’m an ant after all.

The one thing I can do that ants can’t is throw a spear.  So now I have my bale of hay again.  If there are any ants in it, they are spear bait.  I’m that good.  I can hit an ant from 30 feet.  My friends who I am training for the CBP Sprint next month were excited.  They need spear throw training too.  Oh, the sacrifices I make to help the colony. 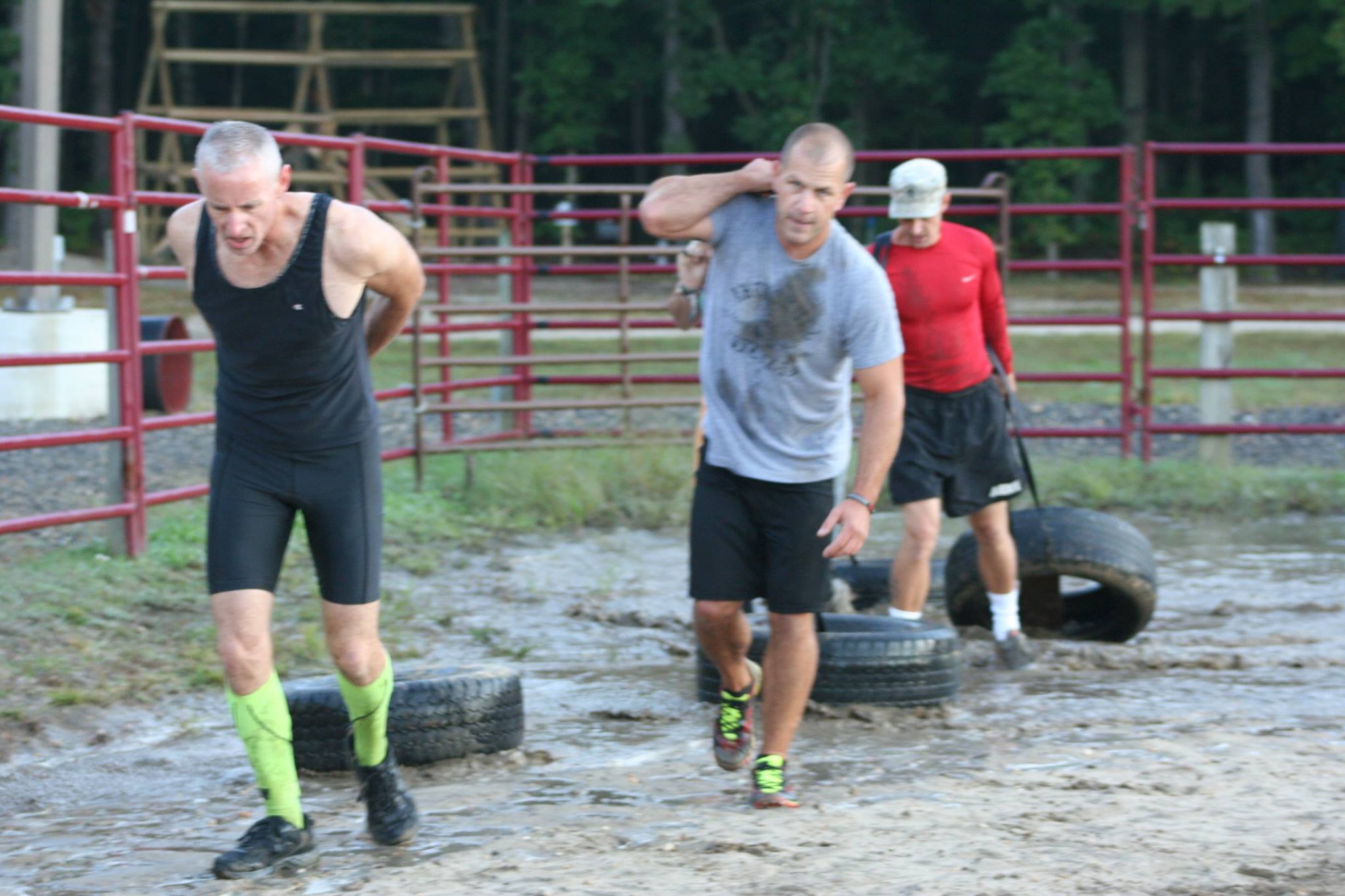 Tire training with the colony at ABF Mud Run