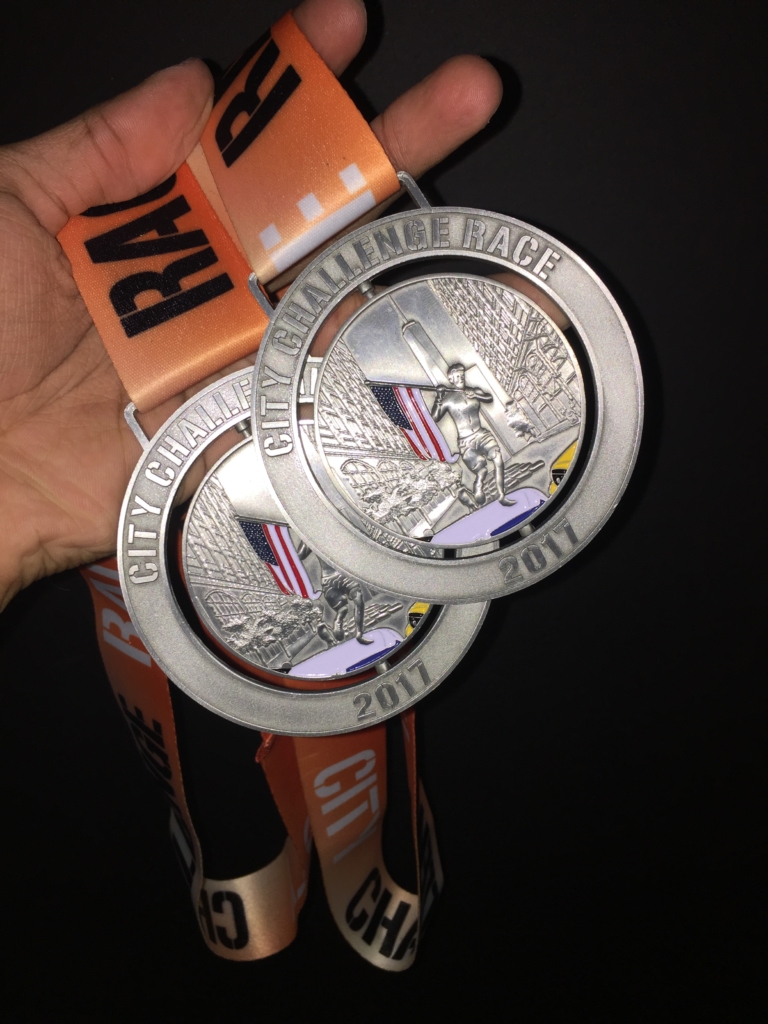 Where do I start? Okay, so last week I did my second ever City Challenge Race at 100 Frank Sinatra Drive in Hoboken, NJ. And I would like to make a comparison of this race with the first one I did back in July at Icahn Stadium on Randall's Island.

City Challenge motto is “Think Outside of the Mud”, which basically means that this race is not like your regular Mud Run because there is no mud whatsoever on this particular race, which to some folks might be a disappointment, given that the spectrum of OCR relies on getting dirty on the course and having a good time.

However, you will experience the same enjoyment on City Challenge as on any other OCR, with or without the mud. This is just their unique way for advertising their race and also to encourage people to try new things. Give it a try if you have not done a City Challenge Race yet, highly recommended.

I have to say this, volunteering is not the best, but it pays for your race. Let me explain myself here: For those of you who do not know this, or for those that are new to OCR, on most races, you can volunteer either prior, post, or on race day, and gain a free entry to a future race. This is a pretty legit deal if you ask me. I have done 7 OCR total and I have volunteered on 5 of them. Yes, I am cheap as hell! But hey, I get to run for free and I am not ashamed of it.

You guessed right, I volunteered for this race too. And let me tell you, it was not fun. My girlfriend and I signed up to volunteer for the afternoon shift (1 pm – 6 pm) because I ran the elite wave at 8:30 am. Only four (4) people total, including me and my girl, signed up to volunteer for that time. So we had to take down the WHOLE course with help from the construction people (like 10 men) that City Challenge hires to build and take down the courses. I got more tired (physically), after taking down the course than when I ran the course in the morning, and again, I ran with the elite. At the end of the day, I still earned a free race for a future event, so that is a plus, and I cannot complain.

Both races were as great as any other OCR I have done before. Whatever happened that might of have been of a disgust for some people, is already in the past, and we have to move on. I know that some athletes were disappointed by the fact that their finish times were not accurate, but life is not fair, some days are good, some are not so good.

I am always open to trying new races and living new experiences (good or bad); I truly love City Challenge, and I cannot wait to do another one *shoutout to DJ Khaled*

About the Author: Jorge Estevez