Spartan Race stepped out of the comfort zone hosting the second Atlanta Super this year at a new venue, Lake Lanier Islands in Buford, GA. The course featured the standard 29 obstacles over 9.3 miles wound in and along the edges of the island. It was very different than I’ve seen from Spartan before, and it turned out to be quite a treat. 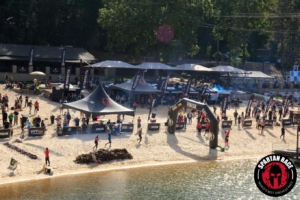 Who would have guessed there’d be such a beachy spot just a handful of miles outside of Atlanta? Before my arrival, I expected to trudge through mud traps given the lakeside setting, but I was pleasantly surprised by the sand. In fact, there was so little mud along the course that this may have been one of the cleanest OCRs I’ve raced to date. The water crossings were placed near-perfectly for a refreshing cool-down and set a really beautiful scene. There were spots where I couldn’t help but slow my pace a bit to enjoy the view. And while this was no mountain race, Spartan certainly included all the elevation they could find by weaving runners up and down the often technical trails as much as possible.

What set this race apart:

Other than the new venue quirks, Spartan made this race special in a number of ways. First and foremost, I was surprised by the Spartan LIVE coverage that not only streamed to viewers at home but was projected onto a large jumbo screen in the festival area. 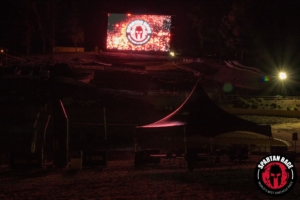 Jumbotron in the festival streamed Spartan LIVE coverage all day

Further, there were multiple paths marked on the map for spectators. I saw much more people watching along the course than I’m traditionally accustomed to. Even if your fans didn’t venture out of the festival area, the streaming live coverage of the festival made this the best experience for spectators yet.

Perhaps the greatest surprise was the introduction of penalty loops at two higher fail-rate obstacles. The first instance appeared at the common burpee-maker, the multi-rig. I arrived to hear volunteers shouting, “No burpees!” and initially thought that was an odd encouragement strategy until I saw the poster board for the penalty loop. I did not have the pleasure of experiencing either this penalty or the second stationed at the rope climb, but I did spot some low barbed wire posted in that second loop… 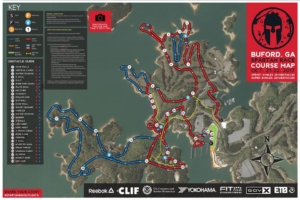 This island was legit

Beginning: Per the usual, the course sent racers into a longer obstacle-free run initially which didn’t thin the herd as quickly as usual due to some bunching at the narrow trails. Notably, the now customary uphill barbed wire crawl appeared shortly after mile marker two. Racers were also surprised by the multi-rig not only appearing early on in mile three but also the debut of the new penalty loop.

Middle: Spartan tried something unique in the middle of the course where racers emerged from the dunk wall and ran immediately to the bucket brigade. I feared this combo thinking a slippery bucket and damp trail would cause some trouble, but neither caused much trouble for me or my fellow racers. 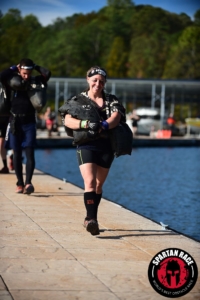 That OMG I hate myself right now smile

End: It’s become a standard practice of late to pack tough challenges in the last mile of the course. A special double sandbag carry signaled that Spartan was not joking about throwing down the gauntlet in the last stretch–it ate the souls of several who paused along the route to question this bit of insanity. This rough carry made the final Olympus into Monkey Bars combo in the sand feel truly daunting. At least the sandy, coastal sprint to the final fire leap made for a unique experience. Eat your heart out, Baywatch.

What you missed if you did the Sunday Sprint: 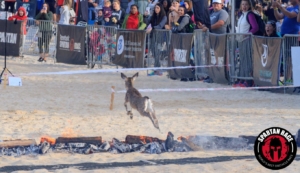 Another surprise on the day! Bambi shows us how its done

The sandy setting made for a great beach experience that made you want to stick around to celebrate just a bit longer—something I would never have anticipated in the non-coastal region just outside of Atlanta, particularly in the middle of October. There was even a decent selection of beer, offering a couple summer shandy and IPA in addition to the usual light garbage fare.

The gorgeous venue at Lake Lanier Islands did not disappoint. As much as I despise the maddening commute to Atlanta, the experience made it all worth it in the end. I am proud to have claimed my very first trifecta with the completion of this race, and I certainly plan to work this into my schedule next year! 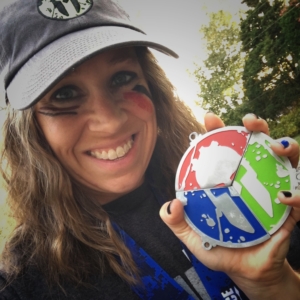 Proud member of the Trifecta Tribe