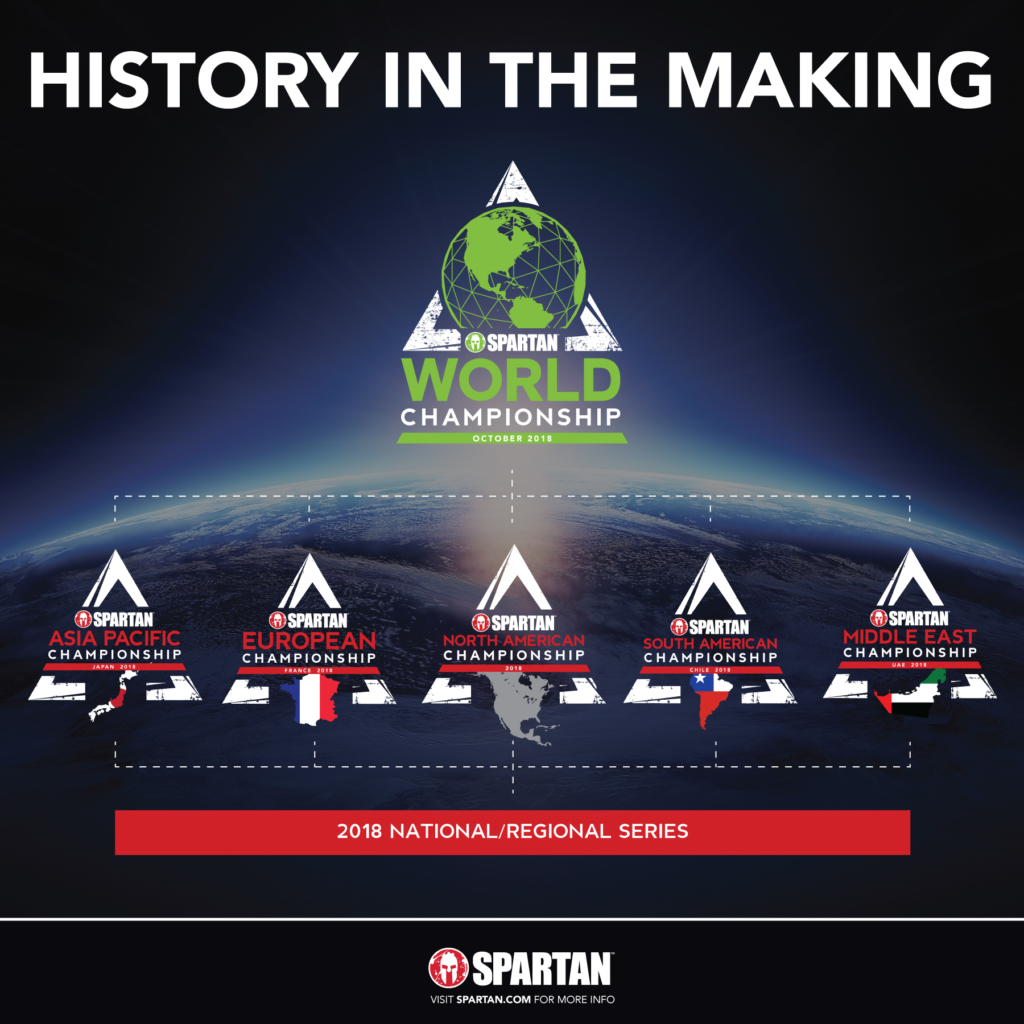 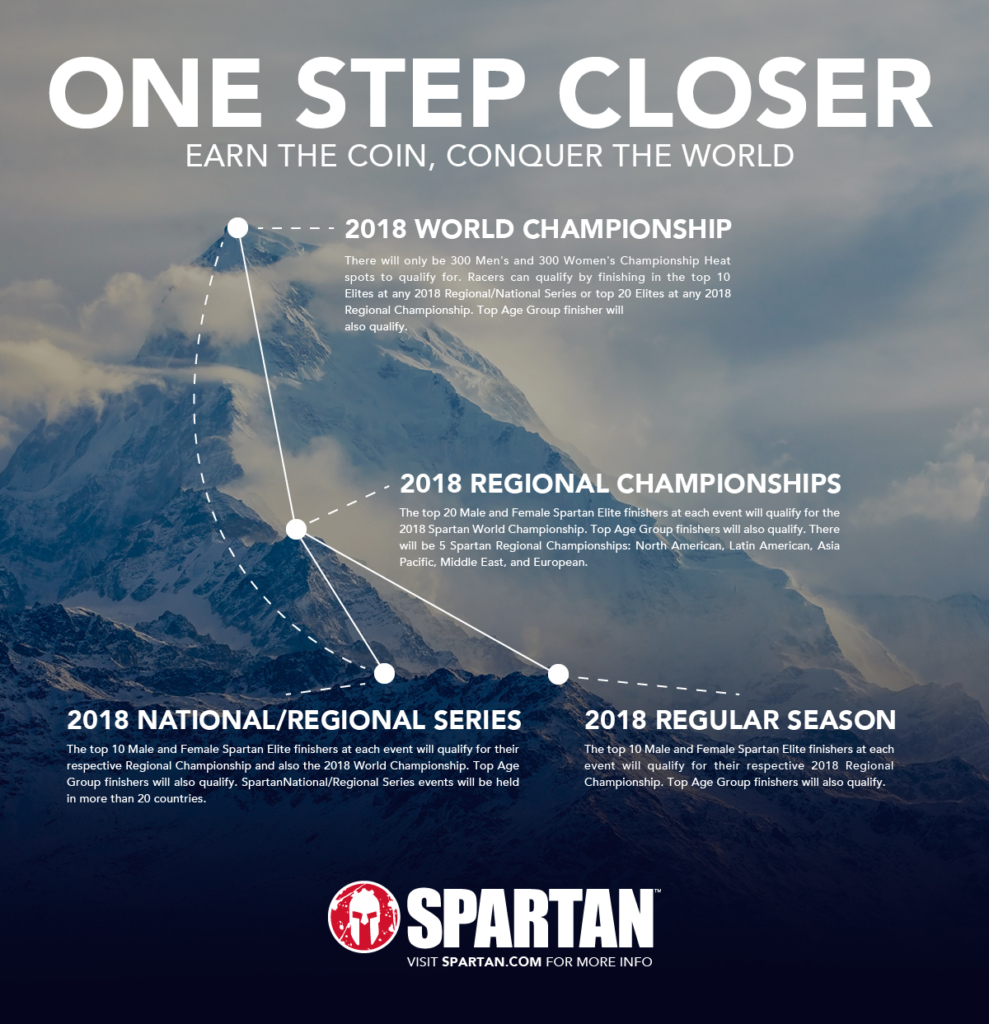 The world’s best endurance athletes will display pure grit and athleticism when the 2018 Spartan Global Championship Series unfolds across more than 30 countries on the road to the Spartan World Championship, the premier event of the obstacle racing (OCR) season. The series will see competitors facing-off on the course, battling signature Spartan Obstacles on varying terrains and natural conditions in North America, Europe, Asia-Pacific, South America and the Middle East for the largest cash purse in OCR history. With more than 200 races and one million annual participants across more than 30 countries, Spartan is the world’s largest obstacle race and endurance brand.

“The 2018 Spartan Global Championship Series is OCR’s most expansive and competitive race series to-date,” said David Watson, Spartan Vice President of Product. “The championship events will showcase the best athletes and competition in endurance sports today, and we’re excited to bring the sport to an even larger global audience with the expansion of the series this race season.”

“Spartan competitors are among the most versatile, technically advanced athletes on the planet, and we’re providing them with a global platform to show the world what they are made of,” said Spartan Founder and CEO Joe De Sena. “These athletes will bring everything they have, leaving only a trail of blood, sweat and tears behind.”

This announcement comes on the heels of the 2017 Spartan Race World Championship, which saw competitors from close to 50 countries descend on Lake Tahoe, CA. Athletes Cody Moat (USA) captured the men’s individual title while Lindsay Webster (Canada) earned the top prize on the women’s side.

The Global Championship Series also offers open-heat competitors the opportunity to race on the same grounds as some of the best athletes in the world, along with limited edition medals and shirts. For additional information, visit: https://www.spartan.com/en/race/spartan-championships/global-championships