As I’m halfway through a week working with the Marine Corps down at Camp LeJeune, NC, I thought to myself, “Man, I’d like to see some Marines on the Skullbuster.” Tonight, my wish came true. The Marines totally stormed the show.

This is the first time the ladies faced Trench Warfare with the double bell. Emily and Kristen went first. They got tied up in the middle then broke free to hit their bells around the same time. They snagged again in the middle. Steve and the girls cheered on the contestants as Kristen took the first round.

Sarah and Jennifer went next. They barely tagged each other in the middle, hit the bells, lightly tagged the second time, and sprinted to the second bell. Sarah made it first using the all-out race strategy.

Orla and Jenny went next. Another repeat of the Sarah and Jennifer strategy with a drive-by in both directions with a sprint to see Orla move on to the next round. At this point, I’m thinking the trash talk was useless. I saw no trash, no blood, no body parts left on the course.

The last girls were Alexandra and Alyssa. Both girls said they wanted some contact before they hit the water. They definitely clashed and splashed some water out of the trench. They slammed each other against the wall. They finally broke free and Alexandra had the distance lead at the first bell. The retired Marine kept that advantage to the second bell. Then she threw down the challenge to the remaining girls to see her in the Pit. She was definitely ready to finish the fight and leave nothing behind. 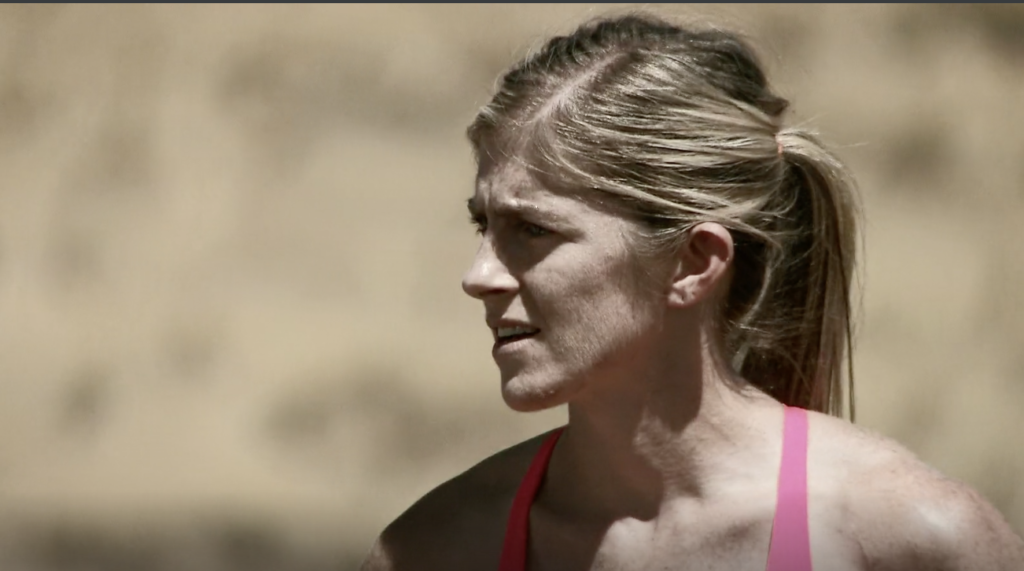 Stress Test was next. Sarah and Orla went first. Orla navigated the first log pile first but Sarah got stuck. The race was over as Orla’s OCR experience got her through the logs and walls with a huge margin to win.

Alexandra and Kristen took the next starting line. At 5’3”, Alexandra had the possible height disadvantage getting over the high logs and walls. But it did not slow her down at all and after the second log, she actually had the lead. The heart of the Corps helped her press through and win. It was pure impressive power.

The last battle between the Marine and the OCR girl was going to be exciting. Power versus experience. Alexandra promised to be ruthless while Orla was going to a deep, dark place where she would rip off Alexandra’s head. Alexandra got to the Pit first, gathered her breath, and waited or Orla. With 0:38 to go, Orla entered the Pit. Orla got slammed and ate dirt. Then she got flipped and pressured out of the Pit.

Alexandra meanwhile promised to beat the Skullbuster and Cassidy’s time of 7:52. Once again it was power against experience. Alexandra was ready to fight through the pain and discomfort. Her run with the log looked really good. But she needed to keep up the pace to win. Her technique looked good on the swing and net. She started to make up time on the frame. More than half her time was expired by the time she hit the landing pads. Now would the water cramp her up or invigorate her? She kept pushing over the tires, exited the water, and headed to Heartbreak Hill. Here is where she needed to make up all the time. She went up pretty fast on all fours and came down in a full slide the entire way. With the brakes on, that may have cost her precious time. She tossed the ribs without a problem and then it was the final Rope Burn.

Her technique was spot on. She hit the bell and waited for the news. Cassidy’s face was all poker. Cassidy said she was impressed with Alexandra’s technique and transitions. But was that enough? Her time was 9:45. She beat the Skull Buster but not the reigning champion Cassidy who now has $80,000 in her pocket. Oh wait, OCR shorts probably don’t have pockets.