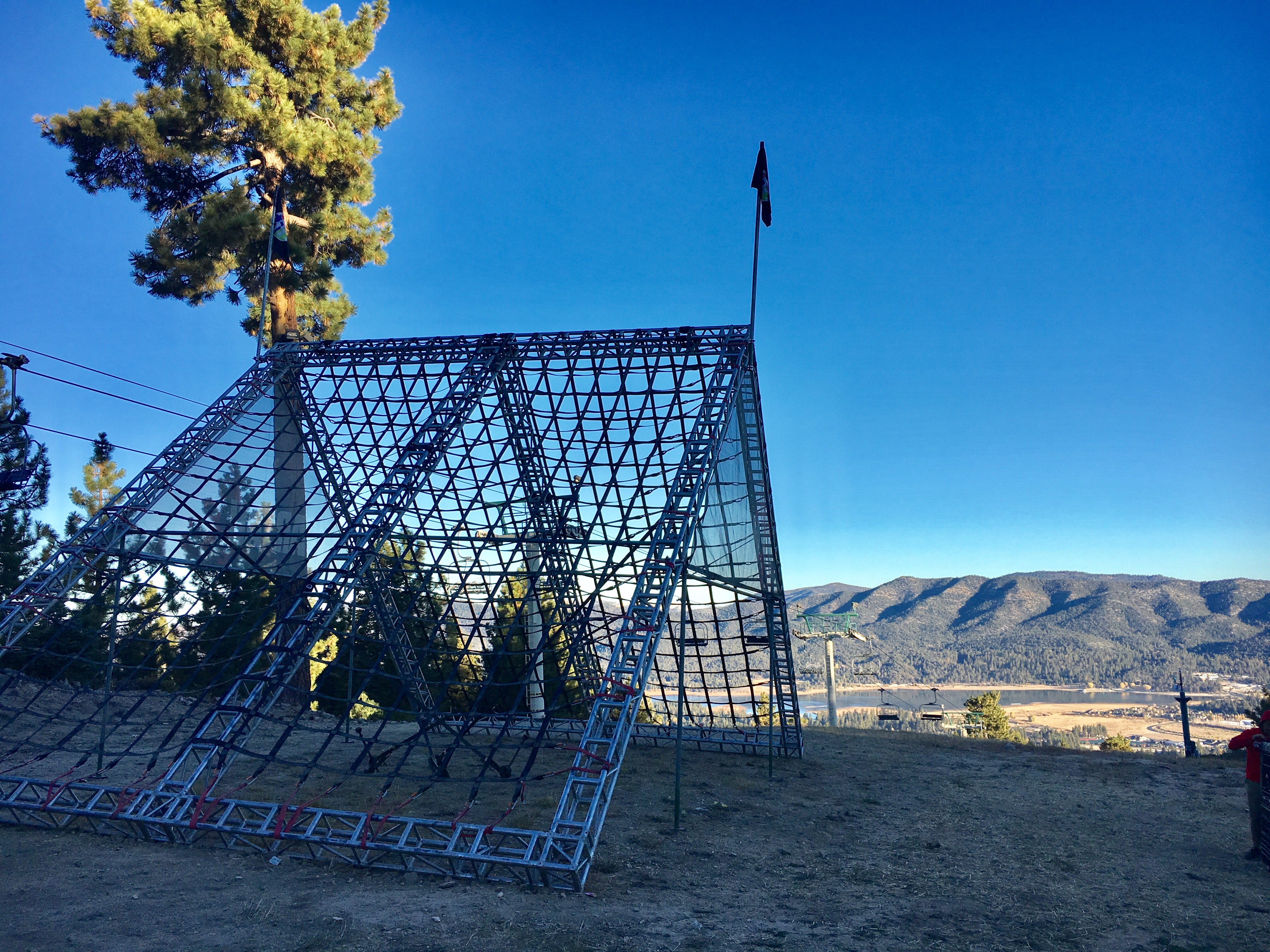 Hopes were high for the first Spartan Race Beast held at Snow Summit in Big Bear, California, literally. The 4,000 feet of elevation gain in 12.2 miles did not disappoint. Well, it actually did disappoint a few competitors, who suffered the elevation, dust and tricky technical terrain. Hey, you really couldn’t have expected anything less at this Beast when our favorite Trailmaster, Steve Hammond is on the scene. He even coined the term, “Hilloween” for this massive contest held over Halloween weekend. Anyone else thinks it was crazy that it took 15 minutes on a ski lift to reach the top, too?

Starting with a chilly “aroo” for the elites, and finishing up with beautiful Southern California weather by the afternoon, the slightly shorter Beast, in my opinion, was one of the most challenging our friends at Spartan Race have delivered to date. Nearly all of the obstacles were up-mountain, including the plate drag and both wire crawls. Yes, I said “up-mountain.” Up-hill doesn't do this course justice.

Right out of the corral, participants' hearts were racing, but not from the pure excitement and flowing adrenaline… It was from the immediate calf-burning, loose-dust vertical gain. Even the elites started this journey on more of a hiking pace rather than a burst of speed.

The first three miles were nothing but vertical gain, minus the .5 miles or so where racers had the opportunity run back to the bottom, where the monkey bars provided a much-needed rest before hiking back up. Luckily, with such an intense vertical gain, and the finish line at the bottom of the mountain, you knew we’d eventually run out of room and have to make your way back down. The mountain bike trails were an exciting downhill adventure through the course; steep at some points, but the beautiful views beyond Big Bear Lake were a nice distraction. 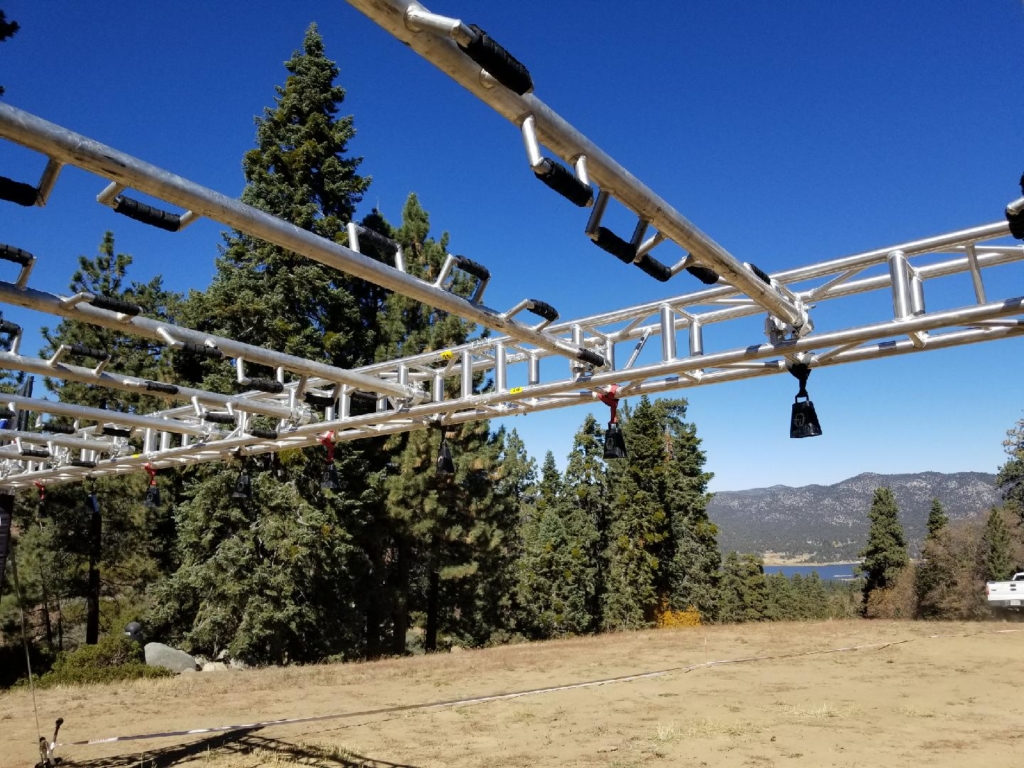 The obstacles were standard for Spartan race but did include two bucket carries – one with self-service rocks, and one with of pre-filled, capped buckets. However, Twister featured a new addition: foam-padded handles. Speaking with official builders, these were added to help keep competitors in the race by helping prevent ripped calluses. Bandages will get you a medical DQ in Spartan Race. The foam did make the grip a little less difficult for your hands, but it also spun, sending unsuspecting twister masters to the burpee zone. The Multirig featured two rope grips in the middle, ensuring strategy was as high of a priority as keeping your feet from touching.

The festival and starting areas were measured at about 7,000 feet above sea level and the highest point stood at more than 8,000 feet. The false peaks and loose dust clouds throughout the course made it seem even more/less exciting, depending on your enthusiasm for self-inflicted torture. I trust most of you didn’t surrender to the temptation of fresh grilled burgers and beer at the Snow Summit Taproom at the top! If you didn’t, you were able to see the light at the end of the mountain, where Mr. Hammond treated us to a wonderful moment of joy with a sign bearing his image and an inspirational quote.

“I promise, this is the last bloody hill” was the motivation we needed to continue pushing along for the final 2 miles or so. 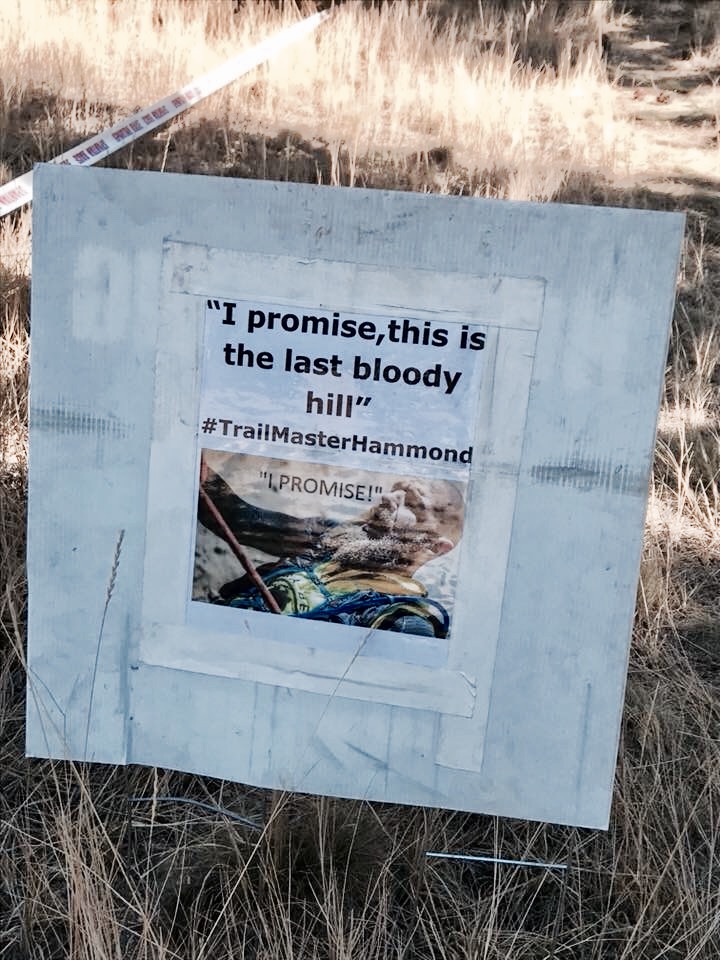 After weeks of speculation, following the dreaded/absolutely adored swim at Tahoe, our worries were answered: there was no swim. In fact, the course was extremely dry. Breathing for some was difficult, especially when combined with the elevation and heat of the afternoon. The only water and mud on the course was kept quarantined in the three pools of cool refreshing water making up the dunk wall right before the finish line.

Aside from the obvious love/hate relationship for the elevation gain, a few points of issue include: the crowded nature of the Sprint, due to the added Beast course on Sunday, resulted in obstacle and trail bottlenecks within the first two miles. Fortunately, it didn’t last too long. Also, the extreme vertical gain made placing obstacles closer together throughout the course difficult; longer distances between obstacles.

When it was all said and done, I think I can speak for most of the competitors when I say this was one of the most difficult Spartan Races we’ve encountered. While, yes, it was extremely challenging, we can all feel comfortable that the time spent preparing and racing wasn’t in vain. In fact, I bet a majority of you will be back to Big Bear in May for the Beast! I’ll see you there!