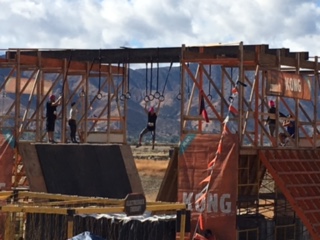 Over the weekend I embarked on a journey known as the Tough Mudder. Many are familiar with this race brand and continue to associate it with pain, torment, toughness and sheer badassery. I will start by saying that this may be the case with most Tough Mudder's/ Toughest Mudders and World's Toughest Mudders, but today I was pleasantly surprised with – dare I say it – how easy and laid back the Tough Mudder Half was.
For the record, I am coming off an injury and wasn't looking for a hardcore challenge. What I requested was a brief walk through the park, and that is more or less what I got. The Tough Mudder Half was a great beginner course where I was faced with team-based obstacles, mud pits, and smiles along the way.
The course was a little over six miles, but with terrain flatter than piss on a plate, it went by a lot faster than expected. The event took place at The Lake Elsinore Storm, which was also the same location as the Spartan Race “Pala” in January 2017. There were no hills whatsoever, but for a recovery run, this was perfect and ideal.
This event was a last minute decision on my part, so I had only one other friend who agreed to run with me. We started as a group of two but continued to pick up other along the way and encourage them to keep going. The great thing about Tough Mudder is that even if you start the race completely alone, you are never truly by your self. We encountered hundreds of eager first-timers and inserted ourselves into groups of runners from all over the state! We even met a man from Kenya during the Hero Carry. My buddy attempted to race him with me on his back.
Unlike Spartan Race, many of the obstacles designed are to encourage strangers to team up and are easily done with group effort. Blockness Monster, for instance, is doable solo, but when I plunged into the water I was greeted by eager faces who volunteered to throw me up and over and saw me as an equal member of their crew. The camaraderie here blew my mind.
Pyramid Scheme was another group based obstacle. When my friend and I approached this, we were surrounded by Tough Mudder newcomers who looked confused and scared. You could see the wheels turning in their heads as the gave sideways glances and wondered how the hell they were going to reach the top. The goal of this obstacle is to form a  human ladder up the slippery slope and one by one pull each other up. My friend and I ended up hanging back at this obstacle and helping others up, and at one point, I had a man dangling me down from the top only holding me by my feet as I grabbed participants up and over the wall. Eventually, others caught on, and we switched roles and moved on to the next.
I remember seeing people try to run up it as if it were Everest, but eventually they tired themselves out and listened to my instructions on how to climb up it using humans as steps. There's no better way to get to know a strange new muddy friend than by using their shoulders as a platform and climbing them head to toe. 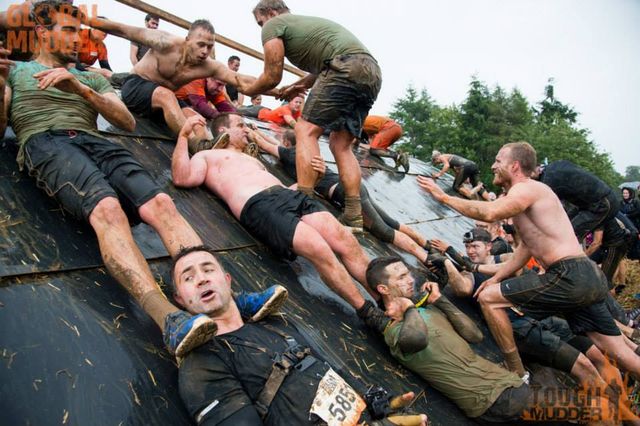 There weren't too many obstacles for the Half Mudder, and I vaguely recall the barbed wire crawl, Devil's Beard, and kiss of mud and Everest, but Tough Mudder did not disappoint when it came to sponsors. Rx Bar had a tent set up and was giving out full sized bars before and after the race, Honey Stinger (one of my favorites) had a full buffet table filled with waffles and gummies. Celsisus had samples readily available, as well as Country Archer beef jerky, giving out trial sized packs to those who registered at their tent. Merrell had their usual tent out, this time with a rope climb and rock climbing wall. They were enthusiastic and eager to let us test out their shoes and give our opinions. There were plenty of food venders to choose from and fun music playing. 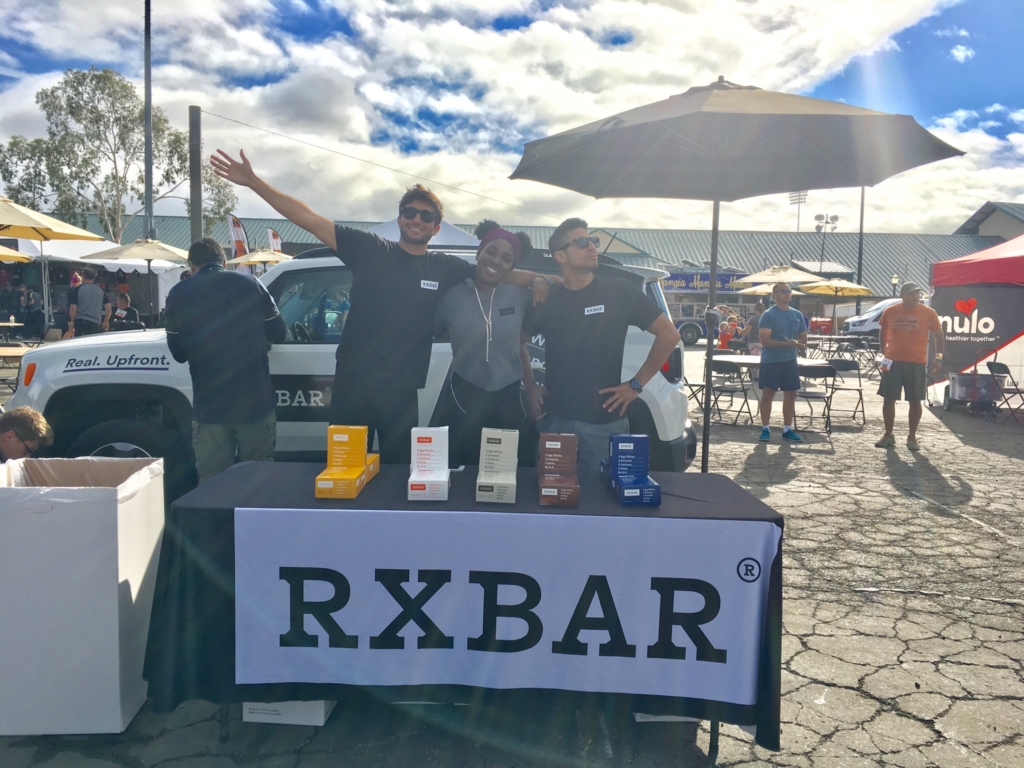 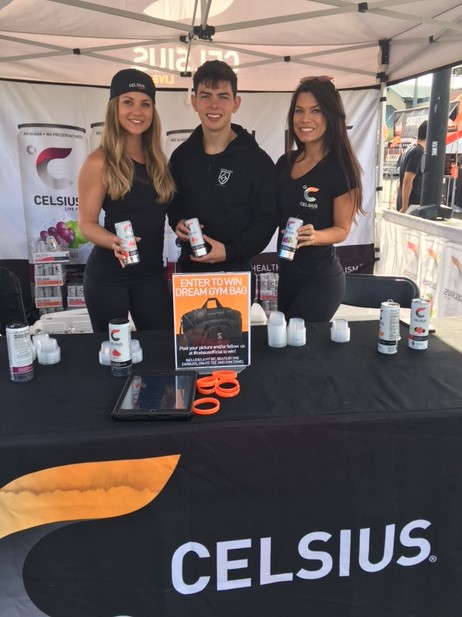 Overall, I'd say this race was nice and relaxing. I thoroughly enjoyed the morning speeches made by Sean Corvelle, Start line MC, and was so glad to see him at the venue. He always brings a smile to my face, and he has so much energy to give. Tough Mudder gets a bonus point for any race he's attending. The course flow was nice and easy, great for a taper run or recovery run and perfect for an OCR newbie.
The finisher festival area was fully stocked and extremely impressive in my opinion.  I was a slightly bummed out that Vega (one of their new sponsors for 2017) was not present during the event, as absolutely love their protein shakes and was looking forward to trying some of their pre and post workout powders, but Tough Mudder seemed to still go above and beyond to make the finisher festival fun and well- festive. I'm glad I decided to attend this event and got to meet so many new and amazing people. Tough Mudder will always have a special place in my heart, as so many beautiful friendships have formed here and the people are always so helpful and kind to others.