What I love so much about OCR is the fact that it is so unconventional. In fact, I don't think a day goes by where my love for OCR doesn't get mentioned and/or questioned. The thought of it is just so strange and gut-wrenching to the average person. When brought up in conversation, my answer is generally something along the lines of this:

“It's like participating in a military-inspired obstacle course spread out over trails in the woods.”

“No, I don't know your friend of a friend who did a mud run once”

All sarcasm aside, I was inspired to write about this topic when a friend of mine confided in me that she saw an ad for pole fitness classes and wanted to try some new unconventional workouts. This got me thinking about all the crazy things I've done in preparation for a race and how endless the possibilities were for this sport. With all the chaotic surprises and dilemmas involved, she couldn't be the only one training in “unconventional” ways, right?

The sport itself is so demanding of various fitness regimens, it's not entirely easy to train specifically for it. I've tried everything from acro yoga to rock climbing in preparation for one of these silly races, and I know I can't be the only one seeking a new fitness thrill. So, naturally my curious nature got the best of me, and I asked around. 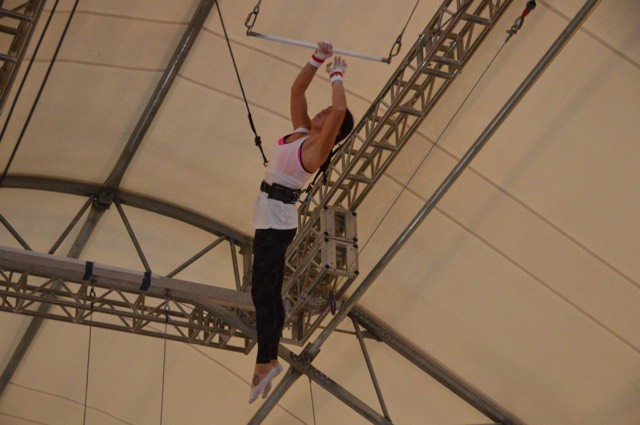 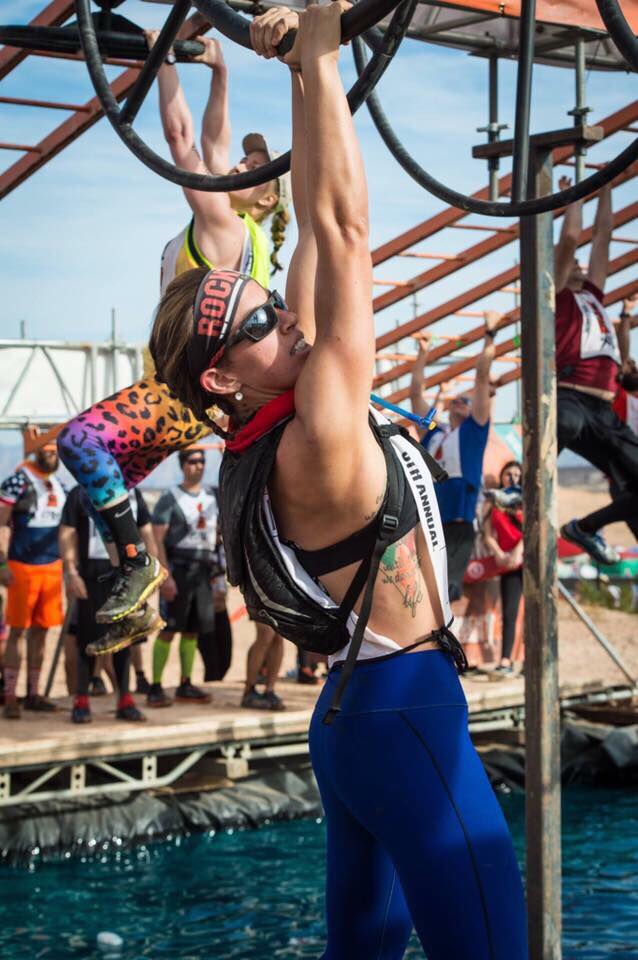 “I first flew trapeze as a child and was absolutely terrified, I literally cried the entire time as I am petrified of heights. While I was completing my Master's at UVA, I began dabbling in aerial silks and lyra, which gave me the confidence to attempt my first Tough Mudder in June of 2014.

I've now been flying trapeze since July of 2014 on and off, and began coaching in August of 2015. As for improvements, my confidence in anything overhead has skyrocketed, and if it involves swinging/reaching/rings I almost don't have to think twice. As with any aerial art, my upper body strength and core strength have increased dramatically, and my awareness of not only where I am in the air, but how to manipulate my body to get where I need to be has deepened as well.”

Stephanie continues to teach weekly at Trapeze Las Vegas and regularly participates in Spartan Race and Tough Mudder events nationwide. She encourages anyone who is interested to give it a shot, as it additionally helped her with learning to descend safely from obstacles such as Kong and King of Swingers.

For me, as a former pole dancer and acrobatic trainee, I found that the combination of dancing and Crossfit improved my performance in Spartan Races. But for those who participate in longer endurance events, the argument has been made that other forms of cardio and HIIT (High Intensity Interval Training) is the way to go. Walter Lyon, an endurance athlete from New Jersey shared that he spends his free time boxing and finds that it is a great way to maintain stamina and metabolic conditioning.

“I've been boxing for about 15 years. I started when I was in the Navy serving on a submarine. There was never any room to run or even workout so I started hitting the heavy bag we had in the machinery room. When we pulled into different ports there always seemed to be places where you could box, so i just took it up. Fifteen years later, I kept it up.”

Lyon agrees that the sport attributes to his upper body strength and speed, as well as increased recovery time. He also continues to participate in longer endurance events such as Spartan Beasts, World's Toughest Mudder and boxing matches throughout the year. As for running, he revealed that he only logs about 10-15 miles a week, and most of his distance training is achieved through boxing and sparring. 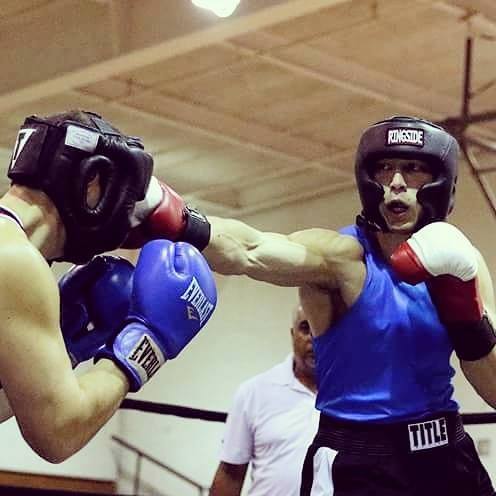 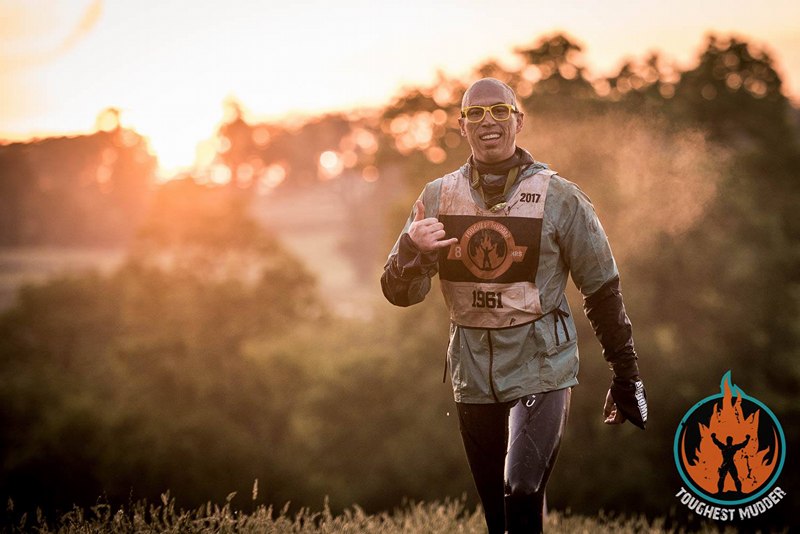 To some of us out there, training can be as simple as running through the woods and navigating a path. Jeremy Katopol, originally from Cadillac Michigan points out that Hash running – a new fad which involves groups of trail runners completing challenges and knocking back cans of tall boys is his favorite fun way to train. Yes, that's correct, binge drinking can now be included in your training regime.

“The hash house harriers are an international group of ‘drinkers with a running problem.' The different groups are known as ‘kennels' and each kennel has its own individual traditions. The one that I run with is known for having the most brutal trails that are run during the hottest time of the day. It's a military hash in that it was founded by members of the military and always observes a moment for those deployed, yet everyone is welcome to attend.”

Jeremy himself served six years in the Marine Corp and is no stranger to OCR. He was a contestant on Spartan Race: The Ultimate Team Challenge earned 50 miles at World’s Toughest Mudder 2015, finished the Spartan Ultra Beast and many SISU challenges. I can also attest to him sled pushing me in a stroller for 13.1 miles during the Long Beach Half Marathon. With THREE flat tires. He is a certified badass and he trains like a madman. 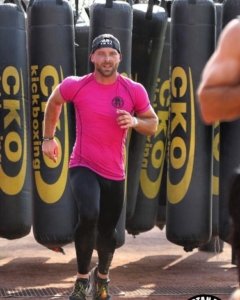 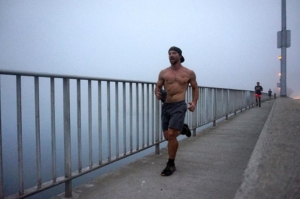 “Traditionally my kennel begins each run by tapping a keg of light beer -PBR is highly preferred, we even have a song about it- and another of an IPA or stout or some other specialty beer. After about 30-45 minutes, we start chasing after the person/people that are out laying the trail (they throw handfuls of flour/draw special marks with chalk to direct us/try to confuse us so we don't catch them).

The goal of the hare (person laying the trail for the pack) is to get everyone through to the end without getting TOO lost, while also not getting caught or ‘snared' by the faster members of the pack (known as FRB for Front Running Bastard). We stop and have a few beers at predetermined locations while running, and sit around and eat/drink/be merry for a couple hours after.

Some of us use the Hash as a way to train. It simulates OCR fairly well in that there is a lot of ‘run hard, now stop, now run hard' happening as the FRBs such as myself attempt to not lose the trail and stay ahead of each other.”

As someone who has done her share of beer miles, I'd say hashing might be the most brutal training method of all. And after talking with so many different, cultured and amazing people in the OCR community, I conclude that no matter how tough, bizarre or strange your new training method may be, there will be hundreds of others who are willing to give it a shot as well.

The thing I continue to notice about the OCR community is that we are never too intimated to try something new. It is one of the many things that make our community unique. Together, we all strive to be strong and feel alive. We are chasers of adrenaline, and we make friends with the fear.