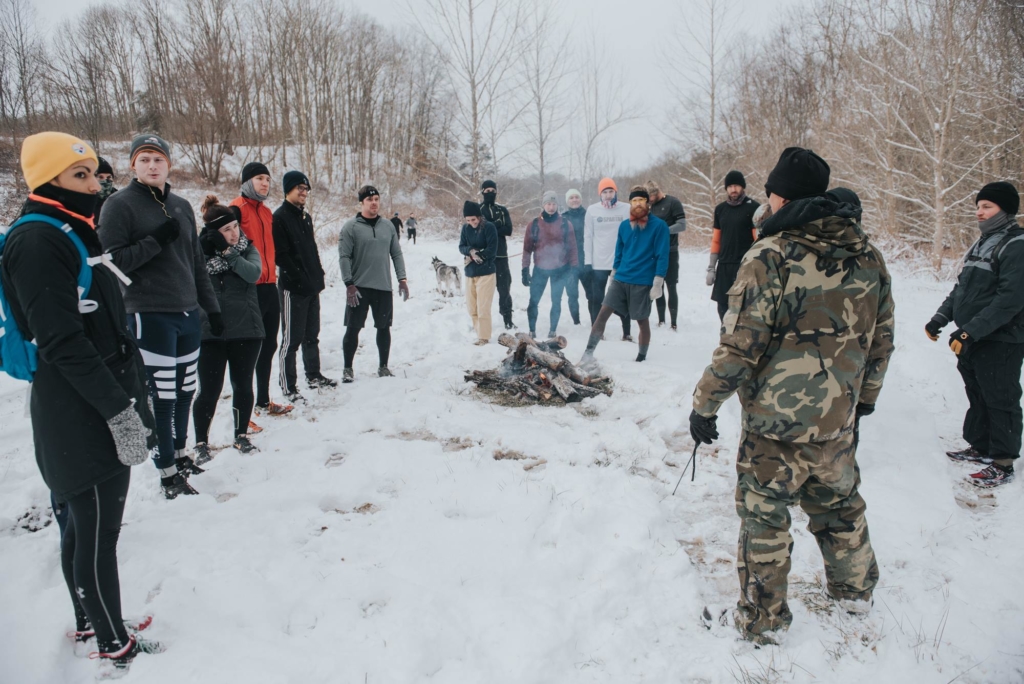 It’s 18 degrees outside, overcast, I’m standing in 6 inches of snow. Race director Jake Moore is briefing the other 10k runners and me about the course and what we are about to encounter. He tells us of a war raging on the course, we must be safe and conquer the course, and that we only have 2 hours to finish. After those 2 hours, things will get really crazy. Then he tells us to go, no official start line, no timing chips, just GO! We start out running up a steep hill, and the while I run I am thinking, yeah right, war zone? As I crest the hill and enter the woods, that is when it all erupts. We are hit with an air raid siren, explosions are going off just beyond the tree line. People are in the trees firing guns at advancing enemies. Soldiers are shouting at us to run faster. What did I just get into? This is War-X.

Last week I wrote an article introducing the obstacle racing community to War-X and how they plan to be the next evolution of the sport. After running their first event, Arctic Fever, I think they are onto something. They described the environment they wanted to create, and I had some doubts because I couldn’t begin to picture how they would pull it off. I was worried they would be similar to the zombie runs of old, but they aren’t at all. They are fully committed to their idea, and they pull it off beautifully. You feel the chaos that is around you in that war zone. It is jarring, it causes a bit of panic, and it sure did make me run faster. The environment War-X sought out to create was nailed down perfectly.

The weather was perfect for the name of the event, Arctic Fever, but it handicapped the obstacle side of the race. Ohio got hit with a winter storm all at once instead of over the weekend, and it halted the event’s ability to do a lot of their obstacles. 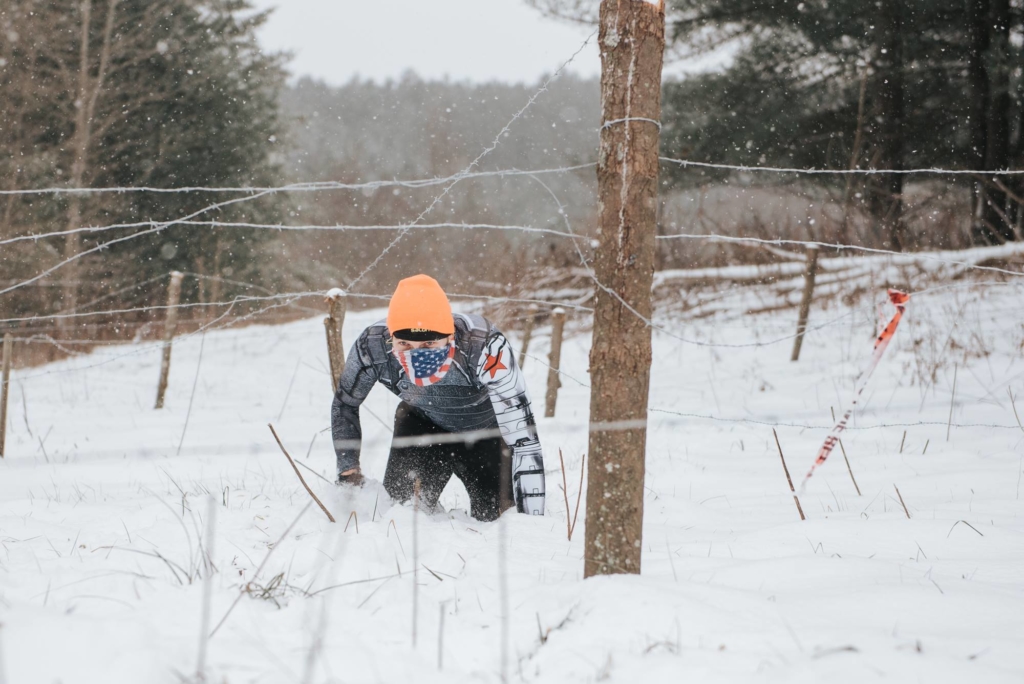 Their obstacles are mostly set up to go across or over water, being well below freezing, the river turned into sheet ice. The event organizers felt it was too dangerous to have runners be over water and decided to cut those sections out. So I can’t give an insight and hard to do an obstacle race review.

Here is a quick review of what we were able to do. When I said their obstacles are on a grander scale, that was no lie. Their cargo net is tall and traverses a cliff. It will quickly gas your arms and legs, especially when cresting the top. Next, you encountered a low, narrow barbwire crawl and it goes uphill! The crawl is long, it goes across several switchbacks on the trail, it is uneven and requires you to step through at specific points. Being a tall person, this took some time to navigate through. There is also a trip wire section that is low and high that requires some careful movements. If you set it off, you’re in for a surprise. Towards the end of the race there was also a cliff climb. With frozen hands and ropes it required every bit of concentration to traverse up and back.

The best part of this course happens just before the finish. As you round the corner you are greeted by an air raid siren, more barbwire and troops firing off at the enemy. Once you are clear of the barbwire crawl you are called over by two soldiers and instructed to take a shot at your tannerite t arget down range. You are given three shots to hit your target, and if you do you receive a bonus reward. Even though I missed all 3 shots I had a great time trying to calm myself and stop shivering. You then dash to the finish line where you are finally done. You receive your dog tags for finishing the event. By hitting your target you earn a 5.56 round to attach to your dog tags.

This event is fresh, gritty and presents a real challenge without requiring a ton of obstacles. The course was freshly made and cut through dense forest. It left you feeling a little disoriented and wondering exactly where you are in the race. It added to the overall feel of what they were looking to accomplish. The environment that War-X wanted to create was perfect. I have never felt such a rush running a race, it reminds me of Spartan Race in their early years. When you could feel that they were onto something exciting and new.

The really amazing thing is the crew that runs the event. This is a small crew of people that are right there on course with you, signing waivers, greeting you as you come in, talking with you before and after the race. It makes you feel like family and a part of the event and not just a runner. I really look forward to running their next event, Jungle Ops, which is May 5th. I highly encourage everyone who is even slightly interested in this event, to come run it and have a good time. You can run this race competitively or run it just to finish, either way, you will have a really good time. I guarantee you will want to be there for the next one.

I give this race 4/5 Stars only because the sudden weathered crippled their set up.

Have you done an War X?

Leave your own War X review and feedback...