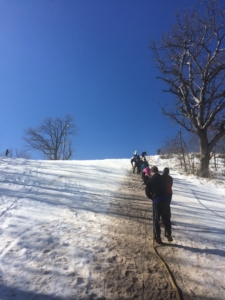 Race day on a ski slope in Wisconsin in January, what is your first thought? If you are anything like me, you are picturing knee-deep snow, patches of ice, and needing as many layers as you can comfortably run in. The Abominable Snow Race turned out to be more of a Mud Run than anyone ever expected.

Race Director Bill Wolfe and crew put together a very compact 5+ mile course in and around Lake Geneva’s ski slope but could not account for the temperature fluctuation and the constant freezing and melting of the surrounding snow. Less than a quarter of the course was covered in snow and anyone who ran after the 9:30 heat was greeted by knee-deep mud and a bevy of tougher than expected obstacles. For such a new race, Abominable has a real grasp on obstacle construction and tested your grip strength more than any race in recent memory. I ran 3 laps of the course and got to see every obstacle and mile from their pristine condition with the elite waves all the way to being caked in mud and almost impossible to complete.

The festival area was smaller than expected and was packed with other race companies showcasing what they had to offer in the mid-west. I was surprised at not seeing some of the traditional health and wellness companies offering samples of their wares or even the normal appearance by insurance companies giving on-site quotes. This gave the race a very small and hometown feel. The race itself was limited to 3700 participants and the venue would not have been able to support any more of that. There were not enough people who took advantage of early packet pickup and the lines at registration could have served as the first obstacle. 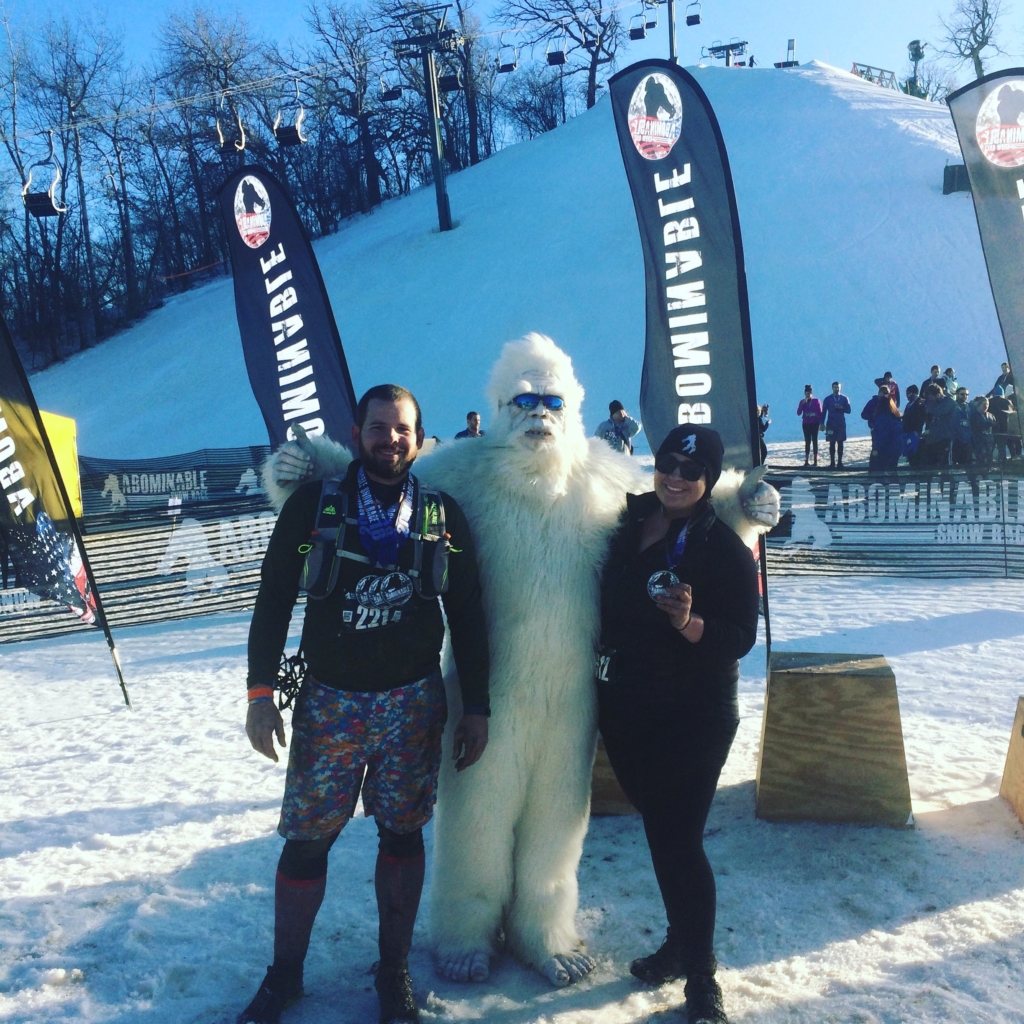 The course itself was a winding loop on top of itself to reach the desired 5+ mile mark. There were several points where trails were right next to each other and there were some confused runners who were not sure where to go. The obstacles themselves were well constructed and really tested your upper body strength. One of the hardest obstacles of the day was the Winter Weaver. It looked like a simple dual pyramid of 2×4’s that you would be climbing across.

However, Abominable took it to the next level and had you weave through each rung by either going over or under. There were several elite wristbands lost on this obstacle and a few volunteers would have people do 20 burpees for bypassing the obstacle. A huge fan favorite was the Snow Thrower. Abominable set up large sling shots that racers had to fire white balls at yeti targets. Hitting the target gave similar satisfaction to nailing the Spear Throw at Spartan Race, but was designed for every level of racer in mind.

The cruelest obstacle was the inner tube at the end. Racers carried a large tube up the ski slope only to drop it off at the top and make their way through another almost mile of the course and very rough terrain. It was quite a surprise to all those who thought they were done when they reached the top with their inner tube. Overall this was a very challenging race that I would rate right up there with Spartan and Tough Mudder. The course was thoughtfully put together and pushed you harder than you would have ever expected. The only negatives to this race were the long lines for registration and the excessive mud to snow ratio. There is no way Abominable could have accounted for unseasonably warm weather coupled with 6” of snow the week before the race and therefore receive a 4.2 out of 5 rating this year.

Have you done an Abominable Snow Race?

Leave your own Abominable Snow Race review and feedback...