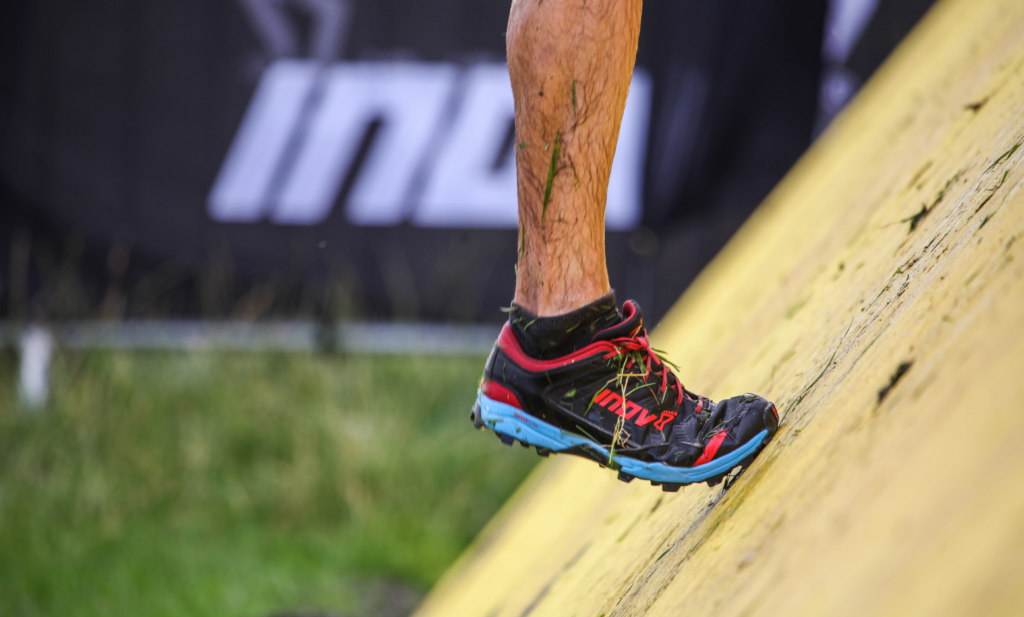 This morning the Obstacle Course Racing World Championships named the inov-8 the “Official Footwear” of the 2018 event. inov-8 has been a brand synonymous with obstacle racing. The UK-based company is the perfect partnership for the OCR World Championships as the race moves to England this year.

inov-8 is known globally for their rugged outsoles, rubber lugs, and superior drainage that makes them a perfect fit for obstacle course racers. Their X-Talon series has been a favorite among athletes since many first discovered inov-8.  For years many of the top racers globally have worn inov-8 and won championship races around the world. This new partnership is exciting for those who have been loyal to the inov-8 brand since they started their obstacle racing career. However, this is not the first time inov-8 has partnered with an obstacle racing brand. In 2012, inov-8 was the footwear sponsor for Spartan. However, that partnership only lasted a year, as Spartan moved to a multi-year deal with Reebok in 2013. Then in 2018 moved to Craft.  It only took that year with Spartan for many in North America to fall in love with inov-8. Since that time inov-8 has been a leader in the obstacle racing specific footwear sector. Mud Run Guide readers agree as inov-8 has won best shoe every year at the Mud Run Guide Best of OCR Awards.

The OCR World Championships take place outside of London at the Nuclear Races permanent course in October 2018. The team at OCR World Championships has been to transform the venue into a one of a kind race experience. The course is sure to feature muddy terrain and innovative obstacles. inov-8 is the perfect partner for such terrain. The Obstacle Course Racing World Championships has announced that award-winning footwear company inov-8 is to become its Official Footwear Brand of the 2018 championships.

Founded in 2003, inov-8 is internationally renowned for designing footwear with the best grip for off-road running and CrossFit. The brand has been synonymous with the sport of obstacle course racing for the past decade, with their shoes worn by many of the elite.

This year – for the first time in the event’s history – the Obstacle Course Racing World Championships will be staged in the United Kingdom, the homeland of inov-8.

“The athletes who tackle our rigorous and unpredictable course at the 2018 Obstacle Course Racing World Championships in London this October must be fast, agile and adaptable. Having the right footwear is going to be critical.

“inov-8’s lightweight, flexible running shoes with revolutionary grip will give athletes the ultimate advantage on all surfaces and in all racing conditions. Our wet, slippery, muddy terrain may have finally met its match!”

Among the many obstacle course racing specific awards inov-8 has won are Best Obstacle Course Racing Footwear, with the United States based Mud Run Guide in 2014, 2015, 2016 and 2017 and the United Kingdom-based Mudstacle in 2014 and 2015.

“We are proud to be the official footwear brand of the 2018 Obstacle Course Racing World Championships here on home soil in the United Kingdom.

“Elite obstacle racers have been wearing our shoes for the past decade, trusting in the grip to lead them to success. Our X-TALON shoes have been first across the finish line at previous Obstacle Course Racing World Championships.

“Forged in the fells of the English Lake District, we know all about muddy United Kingdom conditions and how important footwear grip is when moving fast over obstacles. In 2018, we’re taking grip to a new level by launching G-SERIES, the world’s first-ever running and fitness shoes with graphene-enhanced rubber. These will give racers the world’s toughest grip.

“I can’t think of a better way to celebrate the launch than being centrally involved in one of the world’s toughest and biggest obstacle course racing events. Bring it on!”

As part of the new partnership between Obstacle Course Racing World Championships and inov-8, obstacle course racers are now eligible for 10% off all inov-8 footwear on www.inov-8.com – use the code 8OCR10