When I heard that Terrain Race was undergoing some changes (supposedly for the better), I'll admit…I got excited. I've run a couple of their events in the past few years, and always felt like they had the potential to be better than they actually were. I decided to put this theory to the test at last weekend's Terrain Race Inland Empire, in San Bernardino, CA. Originally, the event was supposed to take place on July 7 at the Glen Helen motocross track, but both the date AND the location were changed. Luckily, the new venue (The San Bernardino Sheriff's Dept. Emergency Vehicle Operations Center) was right next to the original location, so driving an additional distance was not a factor. 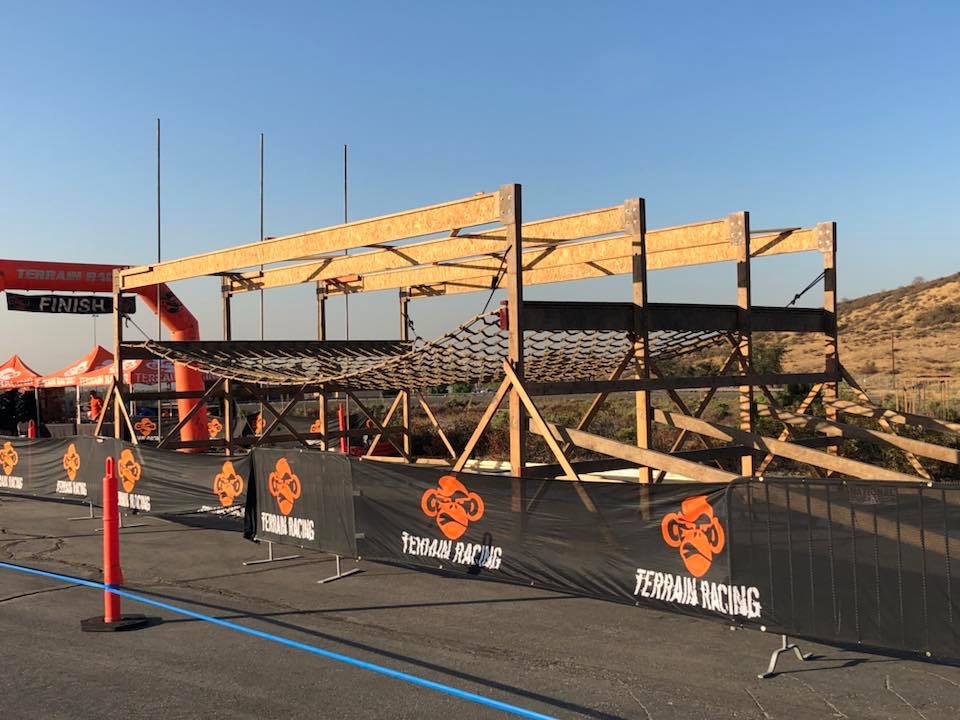 Upon arriving at the venue, I was reminded that this was a smaller race, though not without its charm. The venue looked clean and well-prepared, the staff was friendly, and the lines to bib pick-up and bag check moved along well. As the clock approached 8:00, the start corral filled up, and the friendly chatter was mostly about what to expect, as far as terrain and obstacles were concerned.

Out of the gate, the course was flat and dusty. Over a couple of walls, and around the bend, we saw a short rope climb (some sans bells), and Terrain's version of the slip wall, which was basically climbing a vertical wall using a rope. About a mile in, and just past the first water station, we crossed the service road and headed for the hills. Though Terrain is generally not known for races that include much elevation, this one definitely had its share of climbs, and that caught some racers off-guard.

Besides the climb (that in and of itself was an obstacle), we encountered a tire drag, the tire flip, cinder block carry, tire yoke, cargo net climb (more like an A-frame), and a rather fun elevated cargo net climb with subsequent decent, which, unfortunately, was later closed for safety purposes due to a bent frame.

After passing another water station, we headed downhill and back across the service road, towards the last half-mile, or so, of the race. There was a seven-foot wall, then a series of fun and mostly innovative obstacles, including The Tarzan Swing (which, for many, including myself, took multiple attempts to complete), having to move a tire across the ground with a mallet, and, of course, the ever-present monkey bars, which happened to be the only obstacle of the day that involved water. Once past the monkey bars, there was a balance beam-to-cargo net crawl just before the finish line.

My overall impression of the competitive heat was good: The course was well marked, every obstacle was stationed by TR volunteers, and the three water stations were adequate for a 5K race. The hills I could have done without, but, hey, that's racing, right?

After a quick break to catch my breath, I was back on the course with my kids. As I referenced earlier, though the minimum age to run the course alone is 14, Terrain Race does allow children 7-13 to run with an adult. Personally, I applaud them for this, and it was, perhaps, the highlight of the day. 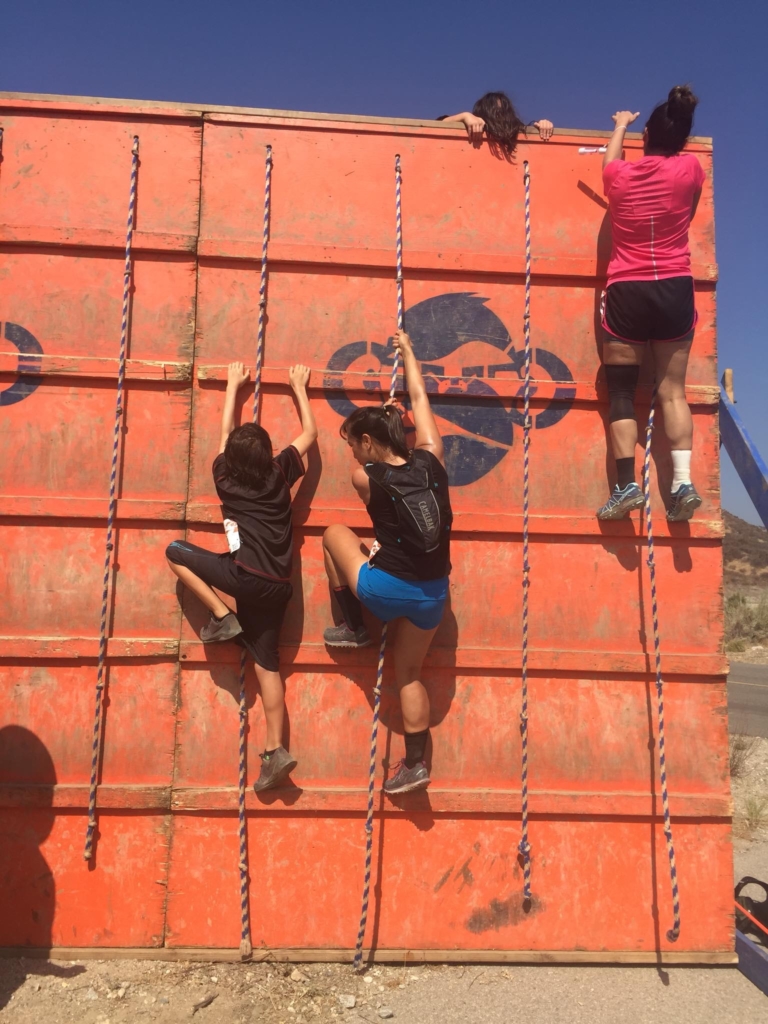 I've been to many a race with an advertised ‘kids course' that would have (and did) bore even the youngest of children. It was nice to be able to take my kids out on a course that I knew would be a challenge for them, and they had a blast! I did hear some complaints of obstacles being understaffed, but I didn't witness that, personally. Of course, there were traffic jams at some of the more difficult obstacles, but that's to be expected with later heats. Overall, the mood was a positive one, despite the heat and climbs.

In closing, I have to say that, although I didn't really notice any big improvements over the last Terrain Race I participated in about a year ago, the experience was enjoyable. It's not a big race. There's no giant festival area. The obstacles aren't cutting-edge. But with the downsides of a smaller race, also come the advantages, like faster-moving lines, easier parking and bag-check, and a more personal feel. Well, that, and the fact that you can let your little ones test their mettle in an arena slightly bigger than they're used to. 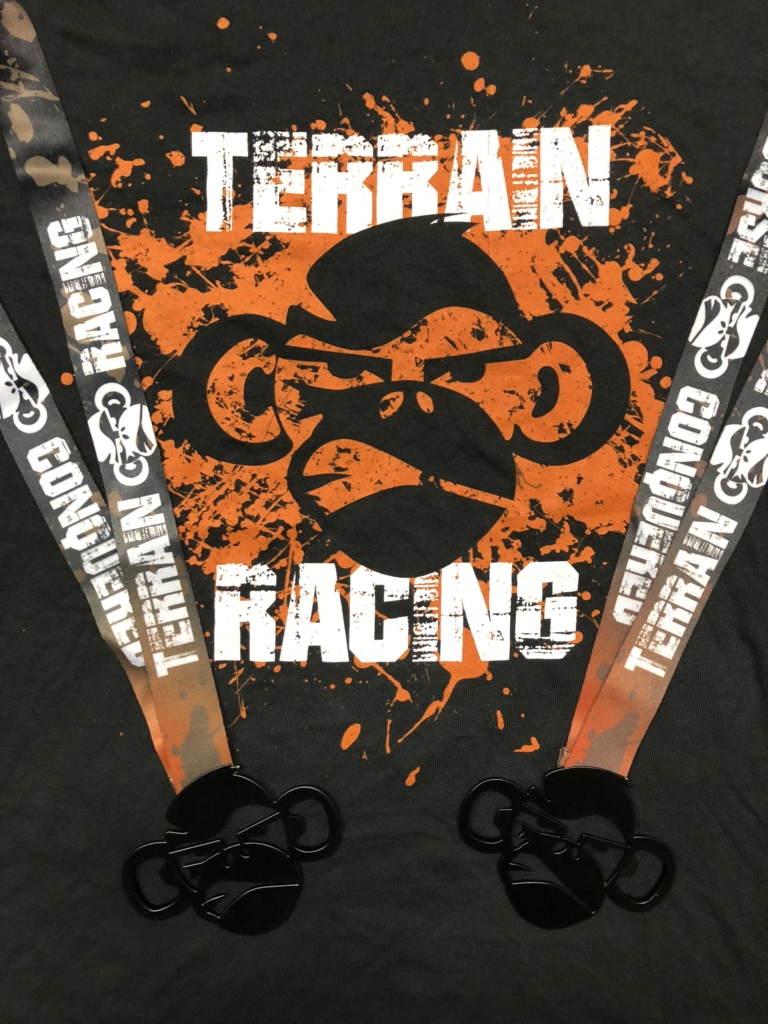