Why I Saw a Running Coach In the past year, or so, I've been upping my OCR game: more events, longer events, and more miles. For the most part, things have gone smoothly. I like to think that I'm pretty in tune with my body and that I'm a good listener when it comes to hearing what my body needs. Like most of us, I have a full-time job, kids, and other responsibilities that limit my training opportunities, but I do the best I can with what I have. So, I was rather frustrated lately, when I felt like my run game just wasn't on point. I was training for obstacles (i.e. strength, grip, etc.), and, yes, running some, but during the actual events, I just wasn't traveling from one obstacle to the next with as much speed as I wanted. I also felt like I was exerting more energy than I should be, given how fast (or slow, as the case may be) I was running. Overall, I just felt like I was punishing my body more than it deserved. So, I decided to do something about it: I decided to see a running coach.

Despite the exorbitant cost of living in Southern California, it does have its perks, one of them being that I happen to live less than an hour from one of the most sought-after running coaches in OCR, Richard Diaz. I think finding a good running coach is probably something like finding a good dentist: There are many out there who can do the job, but you want to find the one that's right for YOU. I figured the fact that he had already worked with some of the sports' most successful pro competitors was a good start. Yes, the cost of seeing an elite coach like Richard was slightly more than my modest budget would normally allow, but, given the potential payoff, I figured it was more like a calculated risk than a gamble. If he could help me like I hoped he could, well, then I'd be able to call it simply a wise investment. 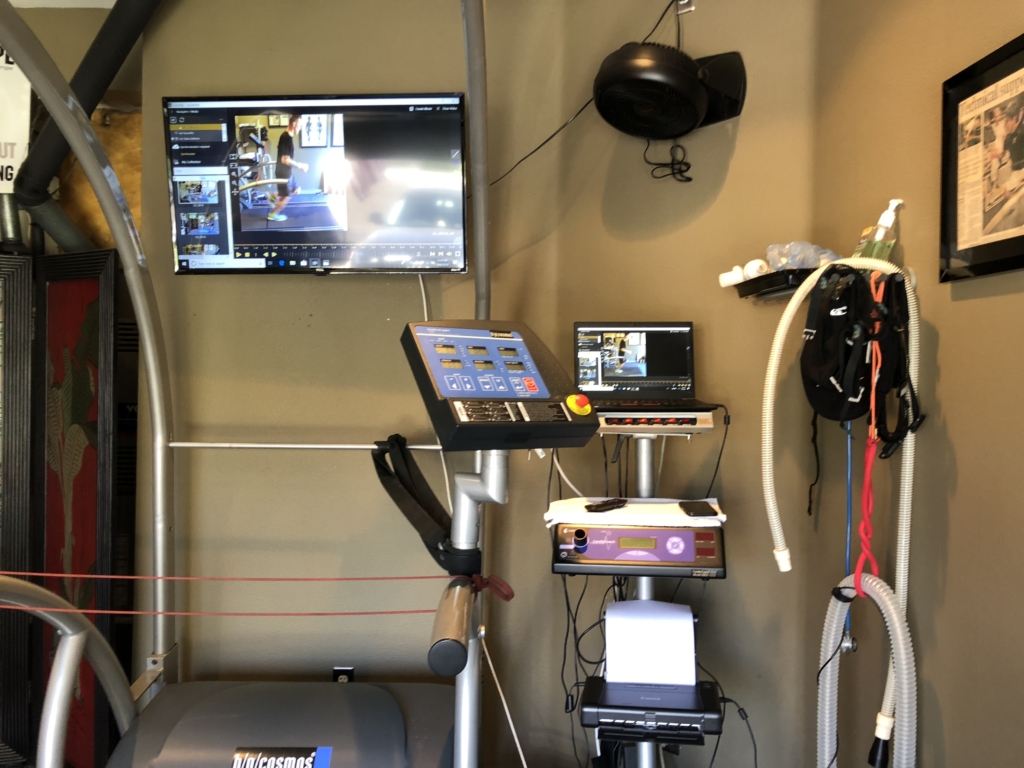 The truth is I had never even thought about seeing a running coach before, so I had no idea what to expect. My initial appointment with Richard would include a video-aided gait analysis and would last about an hour and a half, I was told. Upon arrival, we talked for a few minutes about my recent run experiences, goals, and potential concerns. Obviously, a big part of why I was there was to run faster with less effort, but being in my mid-40's and coming back from a recent back injury, staying healthy was also a top priority. He instructed me to run on the treadmill for a few minutes, at a moderate pace, as I normally run. Right away, it was clear to him what my biggest obstacle was when it came to good running form: Like most people, I was a heel-striker. This meant that not only was I wasting energy when it came to my stride, but I was absorbing every impact with my skeletal system in lieu of my muscular system. Translation: my bones were taking the hit, instead of my muscles, as nature intended. Add to that my bad lower back, and the prognosis was definitely not good. Not only was I not running efficiently, but I was also putting myself at risk of re-injuring myself. For the next half hour, or so, Richard explained to me the importance of striking with the forefoot first, what proper stride looks (and feels) like, and how what I was doing with my arms played a big part in all that (who knew?!?). I will readily admit that it was awkward at first. When you're used to running a certain way for so long, change is not easy. But, slowly I began to understand and, more importantly, feel what a proper run gait felt like. We spent another 20 minutes, or so, doing some tweaking and fine-tuning, and by the end of my session with Richard, I was running at 10 miles/hour with the same level of exertion that I used before when running at only six or seven. That was the moment I got excited about the possibilities. The best part of the day, though, was having him play back the before and after videos side by side. When I saw how I had been running, compared with how I SHOULD be running, the difference was stunning. In the ‘after' video, I was running a good three or four miles faster than the ‘before', yet looked like I was exerting half the energy. Everything looked and felt smoother, almost effortless. I knew it was going to take practice, and that the road to becoming a better runner was not going to be without some bumps (OK, pun intended), but, for the first time in a while, I was excited about running again. I was excited about getting better, running faster, and with less wear and tear on my body. After all, if your injured and can't compete, all the training and knowledge in the world can't help you.

The next few weeks will be telling. There will be a period of adjustment. Perhaps a LONG period of adjustment. There will be sore muscles and frustrating runs when I feel like I've forgotten what I've learned. But I'm committed to staying the course and seeing where this journey takes me. Of course, I'd love to think that eventually, it will take me to the podium, but, the truth is, I'll be happy if I can continue to compete at a solid level, injury-free. That's not to say it wouldn't be a dream come true to medal in what is, undeniably, a tough age group.