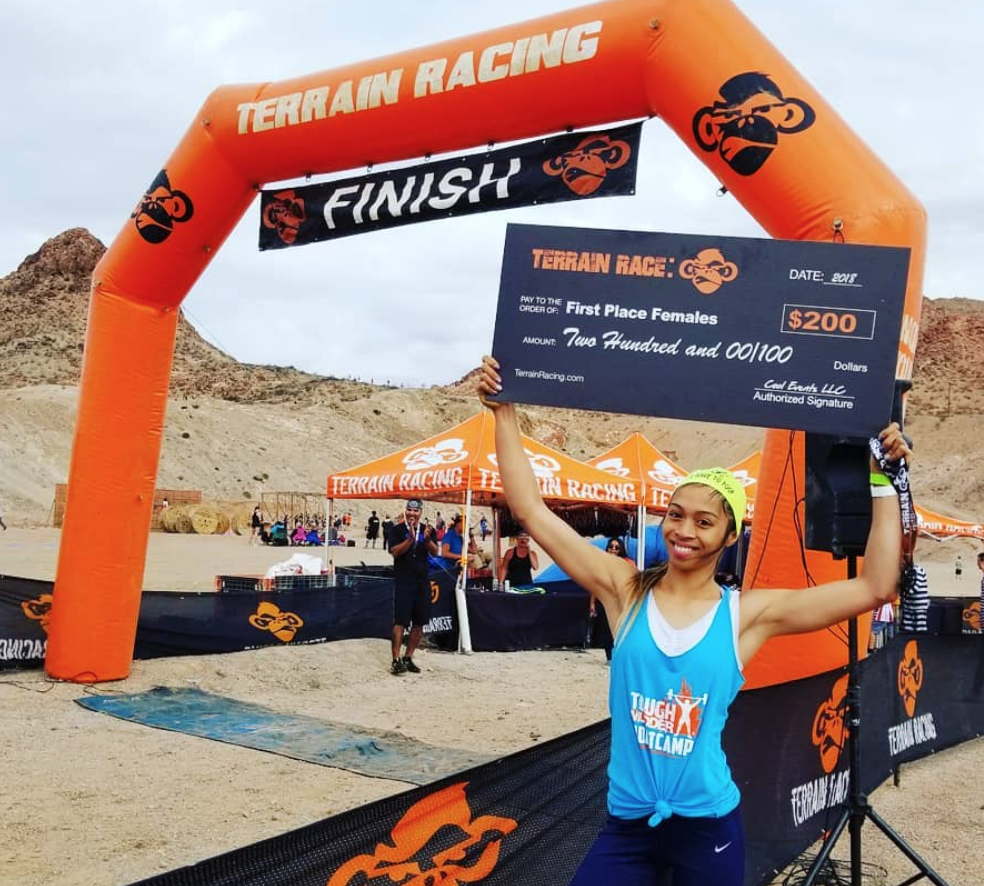 Earlier this year, I had what felt like a chance in a lifetime to interview Mariane Lirio. Me reaching out had a lot to do with how impressed I was with Mariane Lirio in the OCR circuit. Do any of you know of a Mariane Lirio? Or, better question, how many of us sleep on the prowess most women have in the OCR industry? I want to remind people, it is 2018 and women in the OCR industry are holding it down extremely well. Mariane Lirio caught my attention while scrolling through Instagram. I, just like so many other people, tend to check out who is standing on the podium at most races. During a chance encounter I came across a picture of Mariane Lirio hoisting not just one Spartan Race award, but countless other awards, which included Terrain Race checks. That's when I knew, this isn't just your average athlete out there. This roughly 5'5″ powerhouse athlete with determination oozing from her pores is truly making a name for herself in the OCR industry. Who is Mariane Lirio?

Mariane Lirio is from Las Vegas, Nevada and she reps her hometown hard. How cool is it that a homegrown athlete took First Place Female Winner of the October 6, 2018 Terrain Race in Las Vegas Nevada? There is one aspect of Mariane that I couldn't ignore, it was her passion for wearing customs while racing. I'm talking multiple cosplay characters from Black Panther to Iron Man, to Wonder Woman. The customs are definitely an extension of Mariane's persona, and they do quite well in helping her standout as she passes you on the course.

The best quality of this amazing athlete and avid dog lover is her humble demeanor. Mariane has overcome injuries that would deter most of us from ever racing again. Yet, there she is once again standing, displaying another accomplishment while on another podium. Wow!! If there is a checkbox of positive traits an OCR athlete must have, Mariane Lirio checks every single box. That's possibly why she is so successful in this industry. Put some respect on it

The future looks extremely bright for Mariane. She continues to find herself in the right place, at the right time, which so happens to be standing, smiling on podiums. It would be a travesty to not mention Badass Women of OCR and Mariane Lirio in the same sentence. @Marianelirio_ocr is her Instagram name and flexing her magnificent abs is her game. Good luck Mariane, I wish you all the OCR success in the world. Las Vegas, Nevada stand up!! This amazing woman got OCR game and she is Vegas strong.