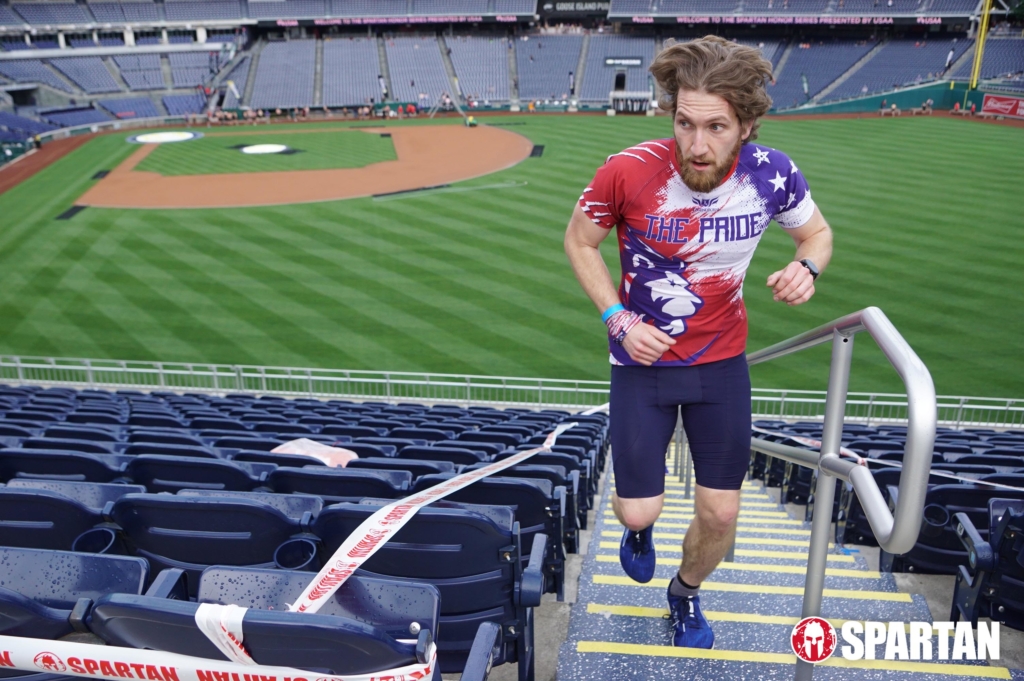 The name of the game for Stadion races is Speed. This is a race that is designed for you to be at redline for 2-3 miles and then be done. There aren’t long stretches of running between obstacles. It is a series of mad sprints obstacle to obstacle and a lot of stair running, and at Nationals Park there are a lot of stairs!

The 2019 Nationals Park Stadion Sprint came in at 2.1 miles on my Garmin. This is the shortest Stadion I have run and I am okay with that distance. These races are short because this is supposed to be a mad dash to the finish line. Spartan wants these races to be exciting and hyper-competitive. No room for error, no room for breaks. It is a run with the wolves. A missed obstacle is the difference between first place and no podium at all. You have to be on point for every obstacle or you will be left behind.

Spartan wants these races to be short and fast so they can be as exciting as possible for the Elite/Pro athletes. If the sport of obstacle course racing is going to become a viewer sport or an Olympic sport, these shorter races are a major part of the future of OCR. These races also require a different set of skills compared to the supers and beasts. Look at which pro level OCR athletes compete in both stadion races and the other Spartans. If you look at the US National Series podiums compared to the Stadion series podiums, you don't see a lot of crossover between the two types of races. 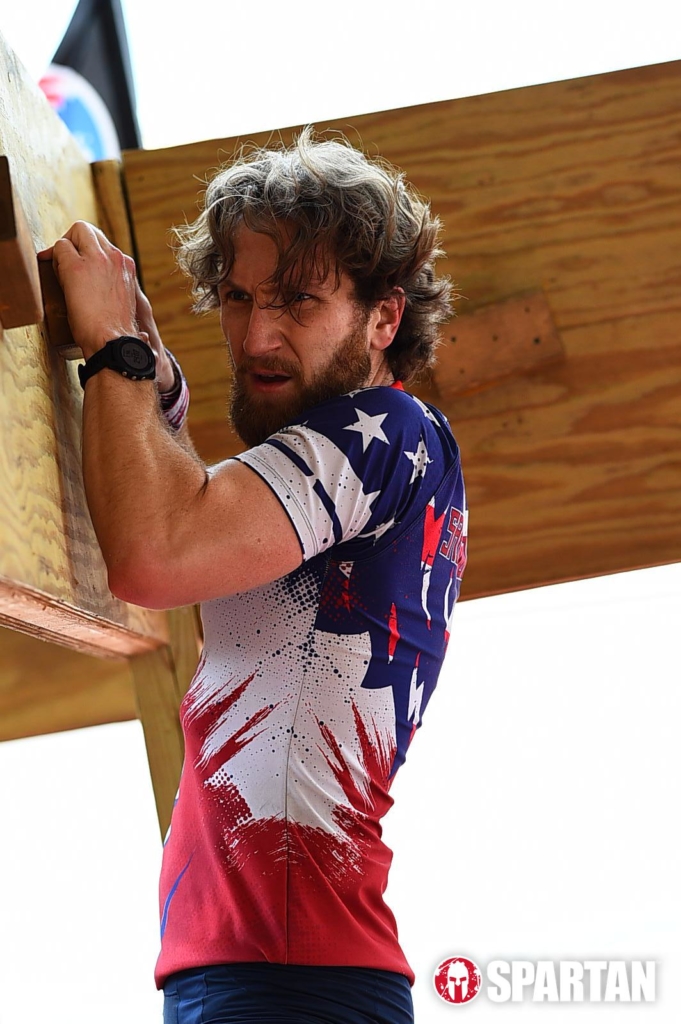 This was the first Stadion race that everything clicked together for me. In the longer races, I tend to do a bit of a cool down before I get to major obstacles. I see the obstacle and stop and walk before I get right up to it. This lets my heart rate calm just a bit and give me some clarity to throw the spear or properly traverse the rig. This time, that strategy was out the window. I saw an obstacle, I jumped on it and then kept going.

I have run the major stadium races that Spartan has put on and I would say that Nationals Park has always been the best venue. Is this hometown bias? Maybe just a little. The course has always been very well laid out and they utilize all of the space they can. My only complaint with this race is that it always feels like it is missing one or two more obstacles. A set of monkey bars and one more wall feels like this would make this venue perfect.

I wanted to quickly address things about this Stadion race, mainly the rules. We are two races into the Stadion series and I was shocked to learn that they are still updating the rules as the races go on. This stacks onto the ongoing storyline for 2019 of Spartan not having a unified set of rules ready to go at the beginning of the season. This news was brought to me by two friends who had to consult with the officials about an athlete carrying a water jug on their shoulder during the Elite heat. It currently isn’t in their rules and they are finalizing them, but it is usually widely agreed upon that that is not allowed in elite and competitive heats. Per the head official, this is going to be reflected in the new rules.

I wanted to highlight one more thing that happened on course. There was a door on course getting shut during the later part Age Group heats. This shut and locked door caused numerous races to be held up for upwards of 5 minutes. This caused 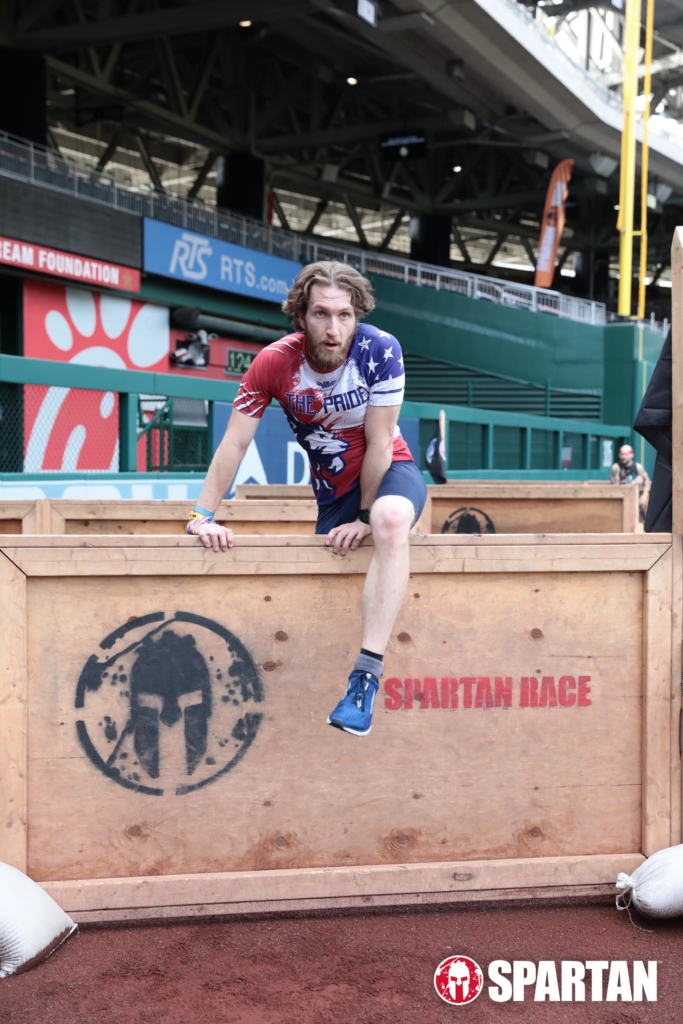 discrepancies for the age group podiums. Racers who protested the results and were delayed by the door being shut were offered a chance to re-run the course and get a new time. This is a massive problem because the course would be re-run after open waves had just begun. Also, anyone who has run a stadium race competitively knows that it is almost impossible to re-run a stadium race and get a better result than your previous time.

This is something that is completely out of Spartan’s control. This is on a racer or maybe just a door latch randomly gave way. But, it is something Spartan should be on the lookout for in the future. Usually, these main doors are watched over by someone who works for the stadium. In this instance, someone wasn’t there. For future races, Spartan should consider better coverage for the doors on course.

Stadion races are something I always recommend racers to run a stadium race. They are short races and lack the key muddy component that draws a lot of people in. It offers a different kind of racing environment. It requires the ability to have a little fun while not getting dirty and climbing a lot, and I mean A LOT of stairs. Stadion Races are expensive but give a chance to run through some of the most iconic stadiums in the United States. How many people can say they’ve done push-ups in the National’s locker room? 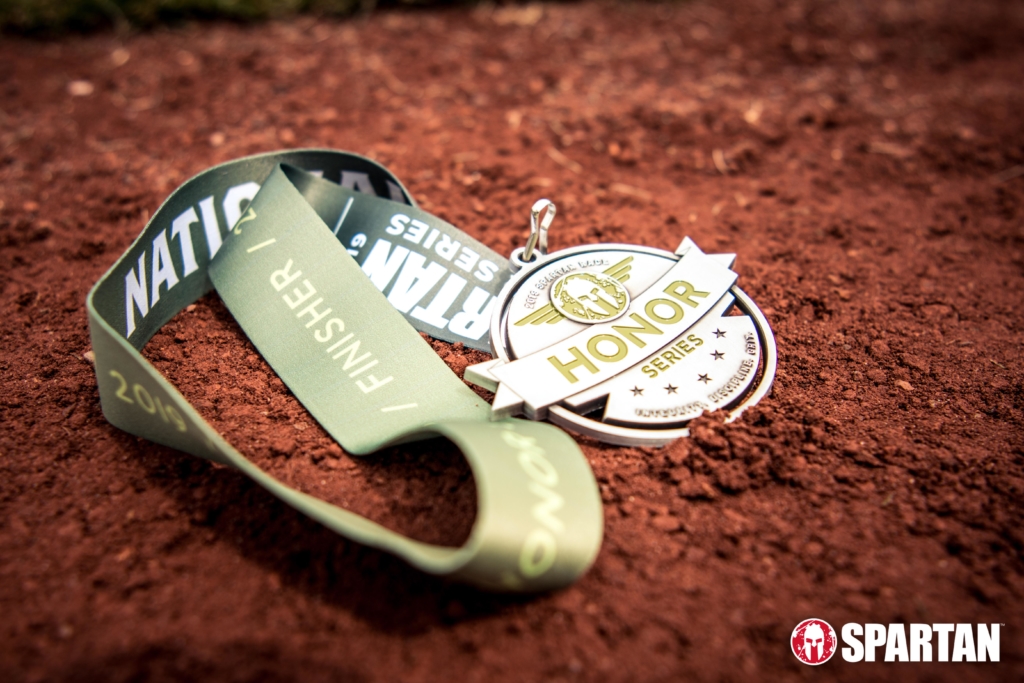