What's up with Sean outside of Operation Valor? 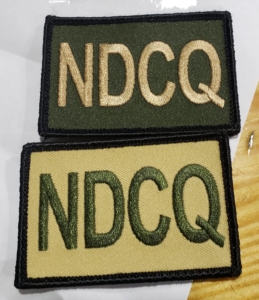 For those who don't know, Sean has had some personal health issues pop up recently. On April 22nd, what should have been a routine procedure turned out to be a life-altering experience.  Per Sean's words:

Sean: I was sitting there, on the table getting the IVs all hooked up.  They were about to put me under, the procedure was about to start shortly, and I felt, different.  Something felt off, and so I told the doctors something was off.  Next thing I knew, I woke up and it was 3 weeks later.  I had three heart attacks in quick succession.  If I hadn't been in that literal place, at that time, at that exact time, I would not be here talking with you now.

Let me take a moment before we discuss more of this interview to tell a story:  I've shared about my recent injury, but one of the key individuals who has been a huge help through all of this was Sean.  He and others at Lone Star Spartans have helped keep me in high hopes constantly- so not only is he an amazing individual with the work he does at Operation Valor and for the OCR community, his work and what he does for Lone Star Spartans, and the individuals of OCR is just as huge.  Hearing he had gotten this nomination for the OCR Humanitarian Award, I couldn't have been happier for him.

MRG:  Let’s take a moment and talk about you some too, you were nominated for OCR Humanitarian Award as a finalist.  I know we’ve talked about how you work with so many amazing people, but being nominated for that means some people have recognized you for the same, how did that make you feel?

Sean:  It’s a little bit weird, and it does feel a little bit awkward.  It is nice, and I do appreciate it when it comes from my peers.  Those things mean a lot to me.  But it’s still a bit difficult to really, accept that praise.  I don’t wanna be that guy.  For me, though it’s about the mission.  I’m just a guy, anybody could do what I do.  I’m not special, I’m not different, this is just something that resonates with me and I have a passion.  There are plenty of people out there who share my passion who are probably doing a better job than I am, and they deserve praise too!  It does feel good and I truly appreciate, but at the end of the day I want to keep focus on the mission and what we’re trying to do. The Return to OCR – possibly at my demise

MRG: I know there have been a lot of things that have happened this year.  With everything that has been going on, and I hope Amanda doesn’t kill me for this question, but are there any plans for you to get back into OCRs?

Sean:  That’s never been a question.  The question wasn’t if, but it was when.  I don’t want to get into trouble with Amanda either, so it’s probably best I take the 5th on most of this question.  In reality, I love the sport, I love the people in the sport even more, just being able to interact with my friends and colleagues like you, just being able to be here to do that is nice.  Getting back physically to be able to, I didn’t get to do the beast in glen rose last year.  I’m not going to be able to do that this year.  But I’m sure as hell going to do it next year.  The Spartan Race in Austin is always special to me.  I want to be able to do those events, the super and sprint.  Savage Race, Bone Frog, etc.  I’m currently working to get back to a full schedule of events.  When that first race is going to be is largely up to the doctor.  I’m hoping it’ll be San Antonio Spartan race next year.  I hope to be able to get back to the gym and working out in a non-rehabilitation format ultimately this year.  I’d like to get to doing athletic improvement workouts by late October, but just based upon what the doctors have to say. 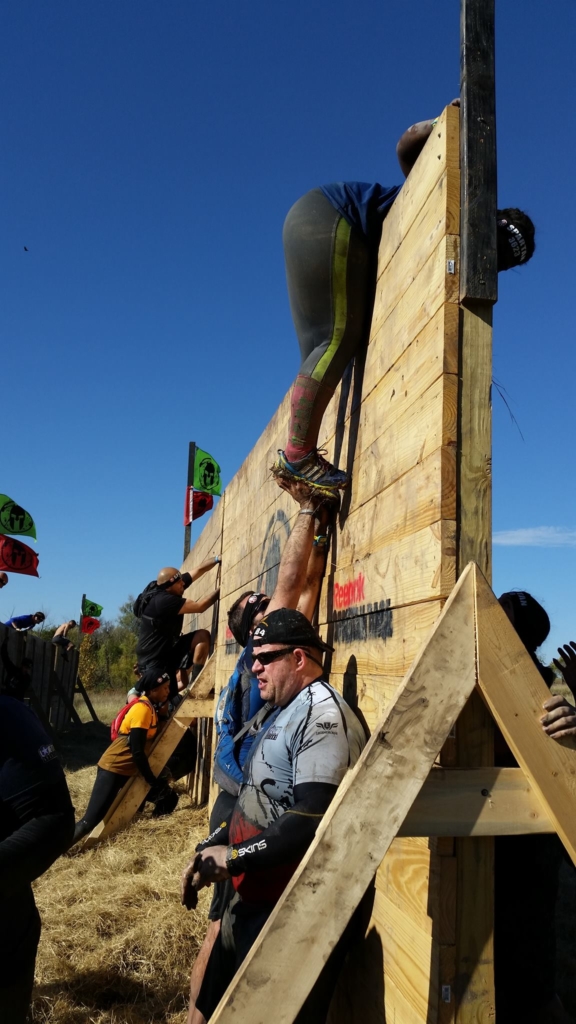 Sean doing what he loves and hopes to get back to – supporting his family during races.

Any words for MudRunGuide's community?

MRG:  So, do you have anything you want to share?

Sean: Um, yeah.  I want to say a thank you out to all the people who reached out to me when I was in the hospital, all the people who said prayers, well wishes, came by to see me.  You don’t know how much of a difference that made.  There was not a single day in the hospital that I despaired, there was not a single day I wasn’t 100% confident I wouldn’t recover and that was because of the community was behind me.  So thank you, truly thank you.  It truly was overwhelming, you just tend to get into your own little silo.  You don’t always recognize all the people you’ve come into contact with.  Quick little story, not to drag this on.  I was in a coma for 3 weeks, and so when I came out of that coma, the first thing I saw was a map of the United States.  I knew I was in a hospital, but that was out of place.  It caught my attention because what is a US map doing in my room?  When I looked at it a little bit closer – there were 100s of these little gold stars pasted all over the map.  Amanda was there, and I asked her what is this?   She said, well I put up this map of the US and I put a star on every city where someone sent you a message of support from.  I said that’s amazing, and she said I’ve only done 10% of it.  I’ve got that map at home, and I’ll be framing it.  The support from the community and my friends, it was overwhelming and it still brings me to tears and is emotional. 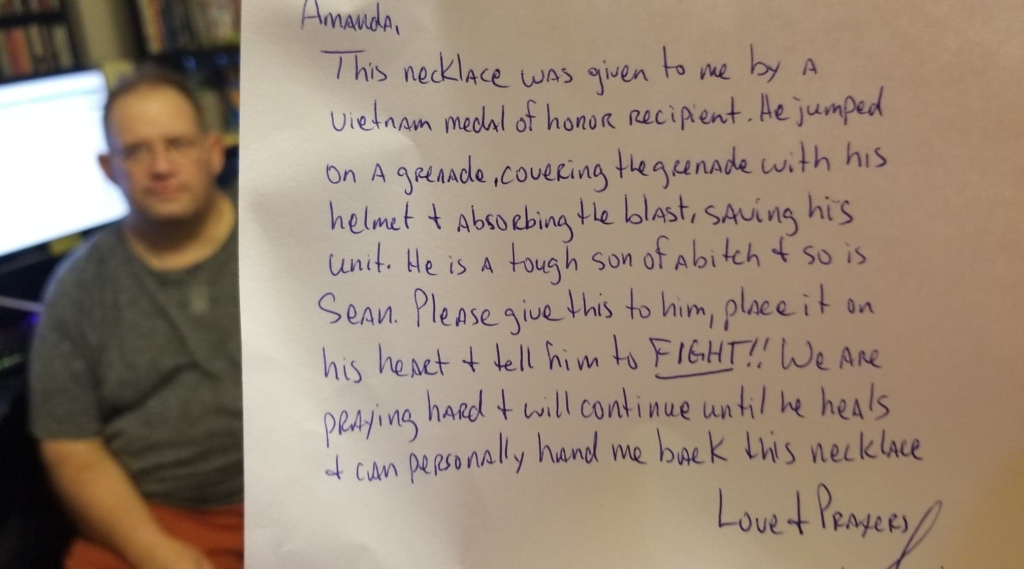 For those that don't know, ever since Sean's stay at the hospital and beyond, these have been words and phrases to live by.  Not Dead Can't Quit (ND;CQ) and Mega Bear Hugs. If you know Sean, he is notorious for those bear hugs and everyone missed them and reveled in them at the Dallas Stadion Race.  While he is also going through his own version of Physical Torture, aka Physical Therapy or PT, his story hasn't ended yet.  I personally can't wait to see him run an OCR, and only hope that when he does, I can be right there with him. 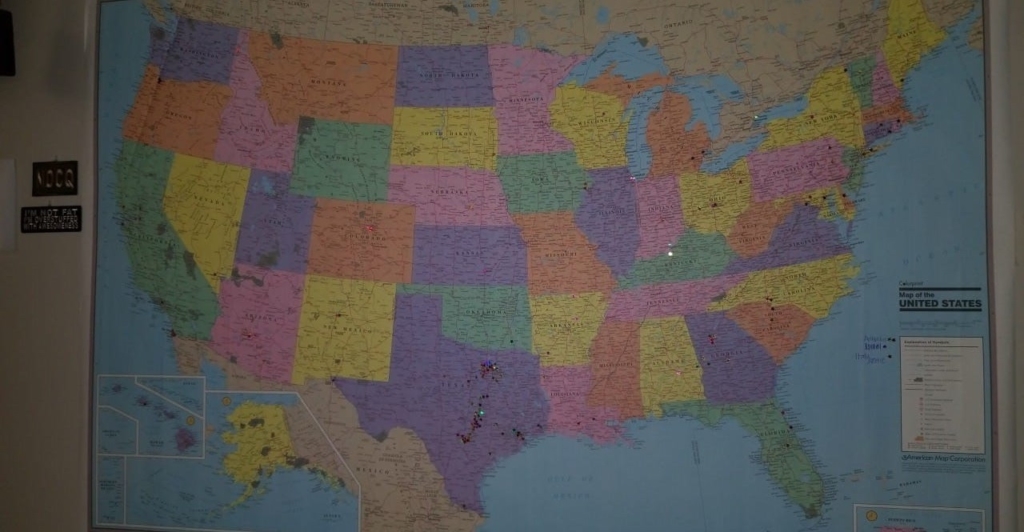