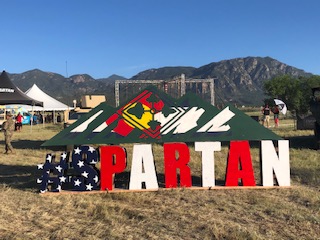 Spartan continues to descend upon Fort Carson Colorado as part of their Honor Series events. The venue is nestled just outside of downtown Colorado Springs and Cheyenne Mountain State Park. The terrain is rugged and fits the alpine desert description that Colorado is known for. The event has traditionally been held in May but was pushed back this year for logistical reasons. The weather in the area this time of year can push 100 degrees and is subject to frequent afternoon storms. This year was no exception as nearly 300 racers were pulled off the course due to heat and dehydration issues over the course of the weekend. Spartan made use of the giant dustbowl and steep hills in the area and put together an 8.5-mile Super course and a 4-mile Sprint course for the weekend. The course was brutal on the first day. In a change-up from years prior, Spartan had racers gradually descend over the course of the first mile with sparse obstacles. Racers with a strong running background were able to come out of the gates quickly and build a lead. Saturday saw a very low hanging and dry barbed wire crawl while Spartan learned from this mistake and added water and tightened the wires for Sunday. The hills on Saturday were brutal with over 1,800 ft of elevation gain as they had you climb in and out of the bowl 5 different times. The second day only had 2 hills and a much more manageable 800 ft of elevation gain. The Box debuted at Fort Carson for the first time this year and challenged racers to climb an 8” box with nothing more than a short rope and their upper body strength. Also, for the first time at Fort Carson, racers had to navigate the Beater and Pipe Lair. Saturday also featured 2 penalty laps at Twister and the Box rather than the traditional burpee. Neither obstacle was featured Sunday and all of the traditional burpee rules resumed. The Spear Throw continues to be the most failed obstacle and Spartan put it front and center for spectators in the festival area to view and after one of the most difficult hills on the course. The past few years, the Bucket Carry at Fort Carson has gone straight up and straight down a major hill, but this year they gave racers a bit of a break and a flatter area, albeit a little longer than the previous 2 years. The course was hot, dry, and steep this year and made very some very long finish times, especially for the Super. 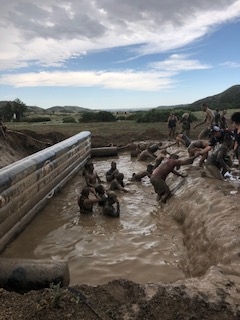 Robert Killian won the Elite Male Super, Sprint, and Trail 10K over the course of the weekend. Killian finished the Super in 1:20:38, nearly 9 minutes faster than second-place Cole Schwartz, and 10 minutes faster than Jacob Klinker in third. Killian finished the Sprint in 32:25, a minute and a half ahead of Ryan Kent, and 5 minutes faster than Cole Schwartz to round out the top 3 on the male side. Alexandra Walker took the top women's spot on Super Saturday with a time of 1:42:35, with Jackie Landmark and Ally Kottcamp rounding out the top 3. Jackie Landmark avenged her second-place finish from Saturday and stole the show with a winning time of 42:44 for the Sprint with Regina Stump and Ally Kottcamp rounding out the top 3. It was a tightly contested battle on all sides. Congratulations to the Champions and everyone who raced this past weekend. 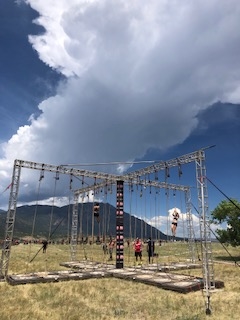 Fort Carson has become a major race in Colorado for Spartan. Nearly 7,000 racers descended upon Colorado Springs, an uptick in numbers this year as they were not competing with the Montana Beast like years past. This race did not go off without its own set of issues. The heat and cacti pulled many racers from the course early. The heat was unavoidable this time of year and the cacti have thrived after a particularly wet winter in Colorado. The Sprint Sunday did not open on time as the festival area endured strong winds overnight and staff rushed to get tents set back up in the area. The Elite Male heat went off at its normal time and racers had a mere 25 minutes to prepare. Sunday afternoon also brought with it a brief thunderstorm and rain. Spartan deemed it serious enough to clear the course, then quickly downgrade to a shelter on course, and then finally gave the all-clear to resume within a 10-minute span. This caused a lot of confusion, especially for those on the course who were hearing mixed messages from officials and volunteers. 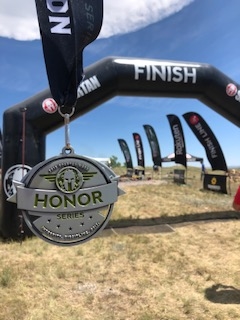 Spartan put together another great Honor Series Race and pushed racers to their limits. The terrain proved to be the most difficult obstacle of the weekend with the weather coming in a close second. The Fort Carson Super and Sprint weekend rates a 4.7 out of 5 due to the confusion created by the weather stoppage and the issues created by pushing the race back further into a Colorado summer where storms are unpredictable, and the desert plains boast their unforgiving heat.

This author is part of the Mud Run Crew and received a free race entry in return for an independent review. All opinions are those of the author and were not influenced by the race sponsor or Mud Run Guide.
By Sean Settle|2019-07-17T23:24:13-04:00July 18th, 2019|Race Recap|0 Comments