OpEd: The Written Rules vs. The Spirit of The Rules Start studying. Class is in session with the Atomik Ninja Book.

As athletes sprint towards the finish line of an Obstacle Course Race, they attempt to save seconds with every obstacle and movement.  Occasionally, this leads to a rule infraction or operating in a grey area that is not explicitly forbidden but not necessarily written as allowed.  As we move forward in the sport, it’s time to discuss whether we are operating based solely off the rules of the sport written by race companies like Spartan, the spirit of the sport or some hybrid between the two. The Letter of the Rules:

Most people's initial reaction is we follow the letter of the OCR law and that’s it.  It leaves nothing open to interpretation and prevents race organizers from playing favorites or bending rules for specific athletes.  While this sounds like a good idea, it can lead to things like 70+ page rule books, like Obstacle Course Racing European Championship’s book.  Is that what we want?  The equivalent of memorizing a written test before we race?  Written rules are important, but if we are going to go with the wording of the rule only, be prepared for people nitpicking and saying things like, “that wasn’t explicitly stated as against the rules, so it must be allowed.” The Spirit of the Rules:

When asked to describe obscenity during Jacobellis v. Ohio, Supreme Court Justice Potter Stewart said, “I know it when I see it.”

Some in the OCR community like to use this as the baseline.  This is a common sense catch all.  It accounts for the dozens of ways athletes will attempt to cross an obstacle whether that be out of desperation or in an effort to shave off seconds from their time.  The “I know it when I see it,” or spirit of the rules give the race director officiating power, allowing them to apply common sense to a situation.

However, if we use solely the spirit of the rules, it opens the door a little too wide for possibilities.  I think there becomes too much grey area where athletes are trying to justify actions and the race directors are having to make a call on the elite race when they still have to be concerned about the 90+% of athletes running the open waves later that day. 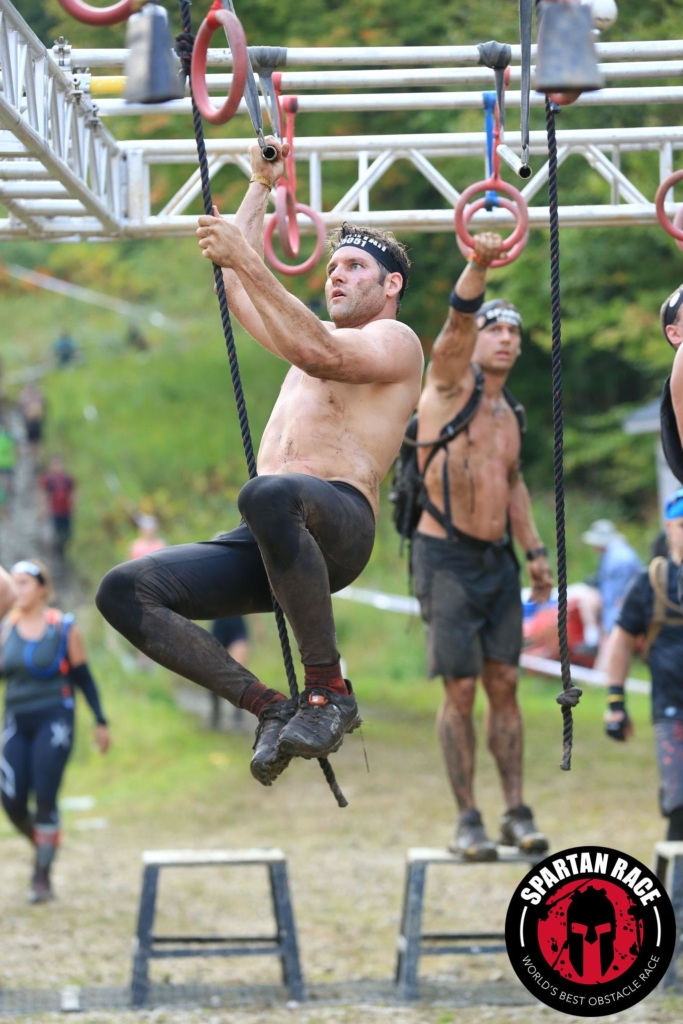 Examples in the grey area:

You may be reading this and saying “You’re overthinking it!”  Well here are a couple of real-world, recent examples. Read through them and think about whether they should be allowed: 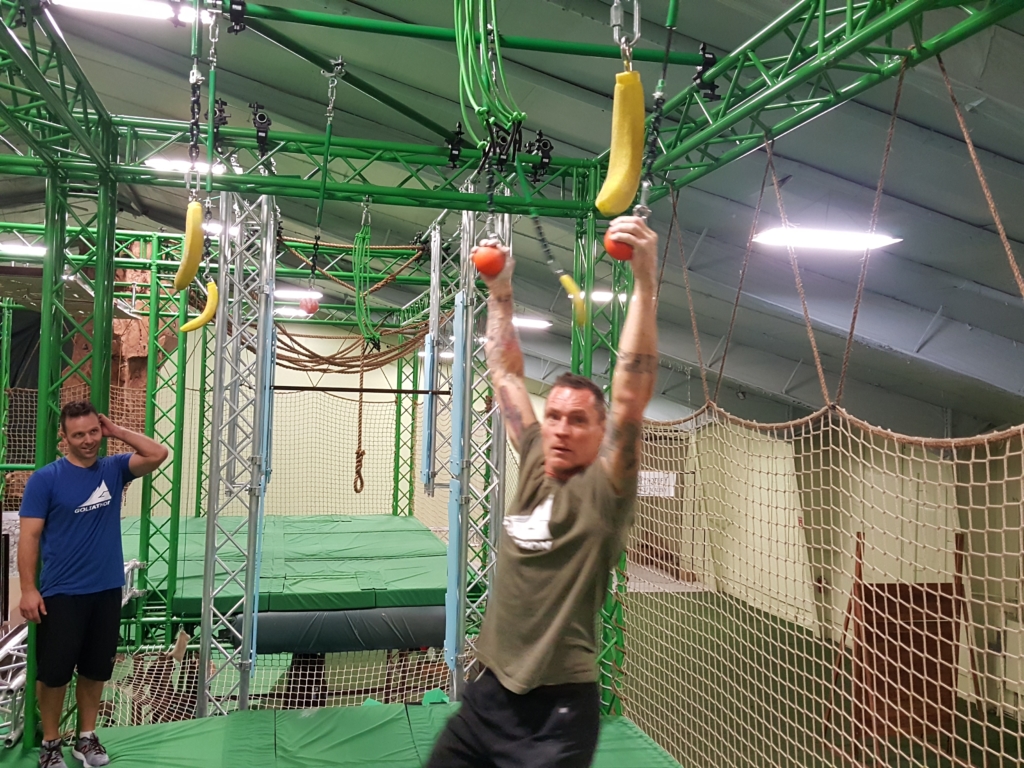 Athlete show grabbing the Atomik Climbing Hold and not above it.

If the above examples didn’t convince you, let’s start “jumping the shark” and getting ridiculous with hypothetical situations.  Having trouble on a Farmer’s Carry obstacle?  Just carry Harbinger lifting straps with you the whole race and use them for the Farmer’s Carry.  If the series doesn’t specifically ban them, it’s allowed.  If you think they should be banned under “unauthorized equipment,” maybe just have them sewn into your long-sleeve race jersey. Now they are part of your shirt, problem solved! There’s no rule against shirts.  The triathlon world has a wetsuit with little ridges on the wrist, which are supposed to help catch the water. That's not a far cry from our hypothetical.

Having trouble descending a steep mountain, what if I carry a thin plastic shield like a child’s snow sled, then use it to slide down the steep hills instead of running?  What if the rules don’t say anything about running but simply say “complete the course” and I show up to the start line with a mountain bike then proceed to carry my bike through all the obstacles following all the other rules?  While these are extreme examples, you can see how things can get ridiculous because “it’s not specifically banned”.

Many companies are continuing to refine their written rules as well as including a catch all statement.  However, whenever I see a “rule violation” discussed in the online community, most people ignore the catch all statement.  Spartan includes statements in their rules that they reserve the right to change the placement and issue penalties indefinitely after the conclusion of the race if they view something as a violation of the rules. The head referee can deem specific equipment inappropriate or against the rules at their discretion.  Conquer The Gauntlet has a catch all statement too: “obstacle staff and course marshals make the final call on obstacle completion” and “run with integrity” in addition to well-written rules.

Still, I think companies need to specifically add in one more rule to their rule book.

“Any action that is viewed as a violation of the spirit of the sport will be subject to penalization according to the decision of the judges.”

While some may view this as giving judges too much leeway, I think it is needed to prevent the endless nitpicking of rules resulting in overly thick rule books and apply a layer of common sense to fill in any gaps race organizers/directors may have missed.

We shouldn't stop there, though.  Obstacles can also be built with an easier understanding of the goal in mind.  In the military when you do the Nasty Nick, an obstacle course at Special Forces Selection/Q Course, they paint everything you aren’t supposed to touch yellow.  It clears up a lot of the nitpicking of rules.  With most race brands painting their obstacles already, changes like that can make it easier for both race organizers and racers if they know that anything a specific color is off-limits.

Looks pretty clear where you are allowed to grab to me.

What do you think?  Should we operate off just the written word with no room for interpretation?  Should we just use the spirit of the rules?  Or should we use a mix of well-written rules combined with a common sense “spirit of the rules” approach? There will always be some grey area. The trick is finding a way to minimize this for the athletes competing for placement and not let us lose our grip on common sense.

Pictures from the Mud Run Guide archives unless noted.

The Gauntlet picture from www.ToughMudder.com

84shares
Disclaimer: The viewpoints expressed by the authors do not necessarily reflect the opinions, viewpoints and official policies of Mud Run Guide LLC, or their staff. The comments posted on this Website are solely the opinions of the posters.
By Evan Perperis|2019-12-27T14:13:37-05:00August 1st, 2019|Op-Ed|2 Comments