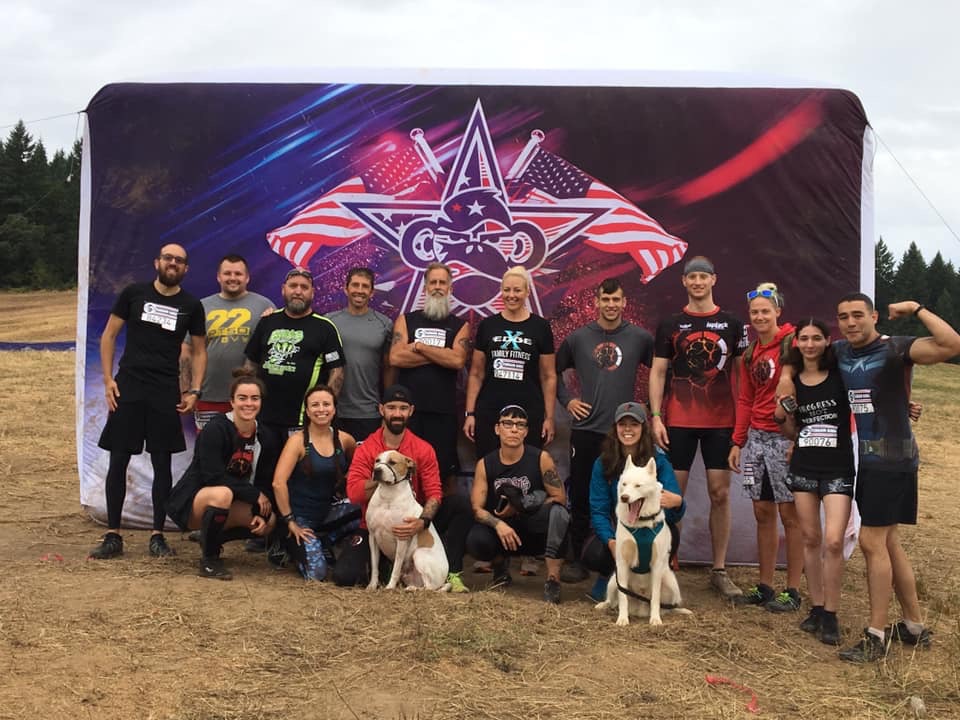 The Pacific Northwest was home to two race companies in one weekend. Spartan Race would be in Washougal, WA. the other, Terrain Race, in Sherwood, OR. Many obstacle course racing enthusiasts were able to complete both in a single day, while others chose to use the Terrain Race as an active recovery, lap with friends on Sunday.

For months many of us have been getting emails about the “free” race put on by Cool Events– the approximate cost is $15 after insurance and processing fees. Many of us wondered how they could afford to put on their races, along with many other questions. Answers to those questions began to arrive in the week leading up to the race. There was a packet pick-up at Road Runner Sports, just off of W Burnside St. near Washington Park on the west side of Portland. The all-day packet pick-up was very convenient and made race day that much easier with no long line to wait in on the morning of. However, in their email, Terrain Race let us know that if we were unable to pick up our packet, we would be charged $5 to do so on race day. Additionally, upon arrival, it would be $20 to park at the racing venue. 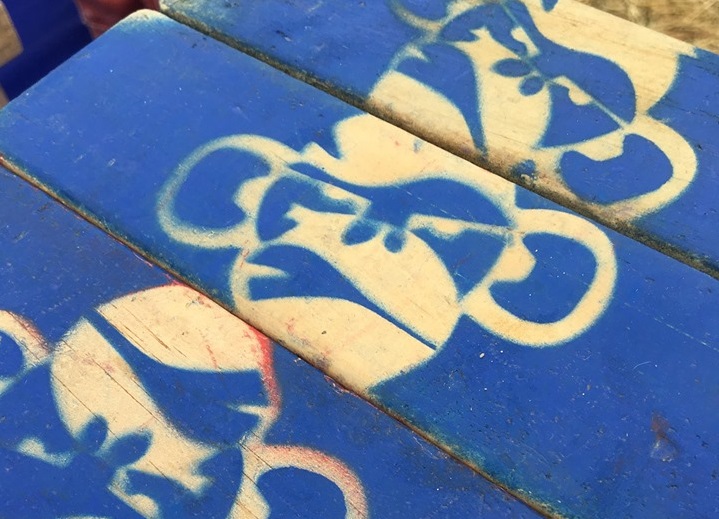 Sherwood Forest Equestrian Center was the same venue as last year and is a great place to host a race. There are large open fields, forest trails, and random pockets of mud. After parking, it is about a 1/4 mile walk down an access road to reach the location of the start and finish lines. There was a starting line, changing tent, small Terrain Race store, blow up backdrop for pictures, a finish line, and State Farm Insurance booth.

From this “festival” area a few obstacles could be seen, but I will touch on them a little later. There was 1 trash can, no shaded areas, no chairs to sit in, and not a single source of food. I will say though, that the State Farm booth was quite a hit, having an airbrush artist painting hats if you answered a few quick questions and gave them your email. 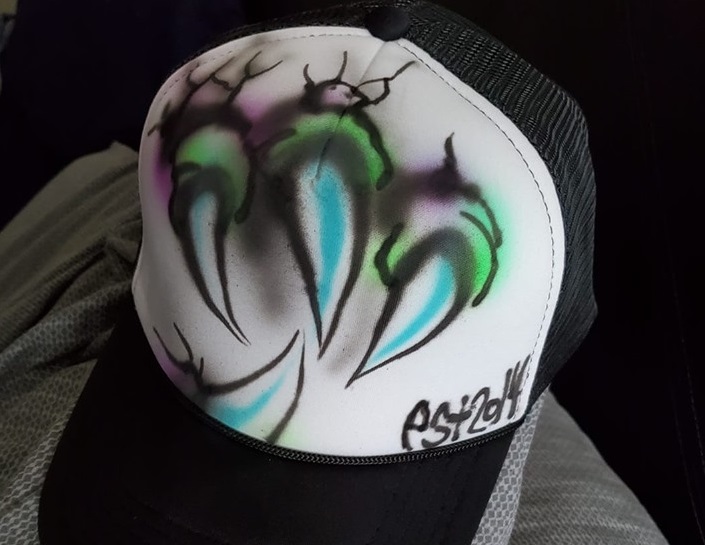 Terrain Race was previously known for having above ground swimming pools for racers to start in. This was no longer the case for the free race. 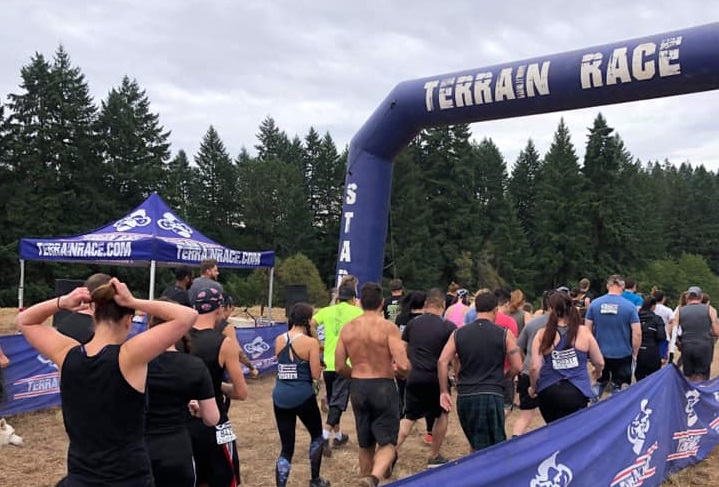 The course was very familiar, following the same route as last year. Similarly styled obstacles were located in the same areas on the course. As we continued, the race looked more and more like an extremely low budget Spartan Race, especially with the switch to aluminum framing for the obstacles. There were a few walls to go over. They had “hurdles,” tire flip, bucket carry, multi-rig, rope climb, and vertical cargo net.

As stated before, the starting pools were gone. Likewise, the super awesome Terrain Race rig with the rock climbing grips and the A-frame Monkey Bars over water were also absent. There were only 10 buckets to choose from, that you had to carry about 20 yards, and half of them were empty. The rope was dangerously high and completely lacking of any safety features. The vertical cargo net had zero safety features. 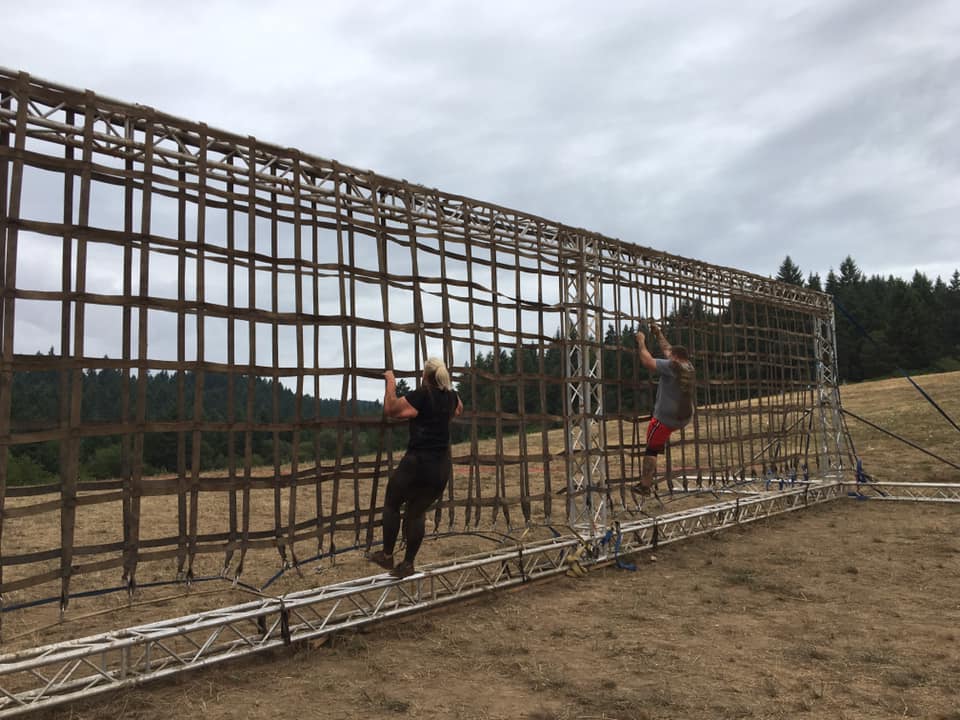 After coming down the backside of the cargo net it was a short dash to the finish line, with the total course distance coming up less than 2.5 miles. Several racers headed out on second and third laps in order to get the most out of their parking money, while others simply went home after 1, since there was no true festival area to hang out in.

I would rate this race a 1 out of 5. There is little chance I will be doing another Terrain Race unless they drastically increase the price. I would reconsider if races earlier in the year show promise or they bring back the competitive heat with prize money. The benefit to cost ratio, along with the chance of injury, is not worth the free race. However, if you are looking for a short course, with very little excitement factor, and a very very low cost, then Terrain Race is perfect for you!

About the Author: Captain Kaufmann

Jeremy began obstacle course racing on the East Coast. Now living in the Pacific Northwest Jeremy takes on all the big races when they come to town, and the local ocr's in between.