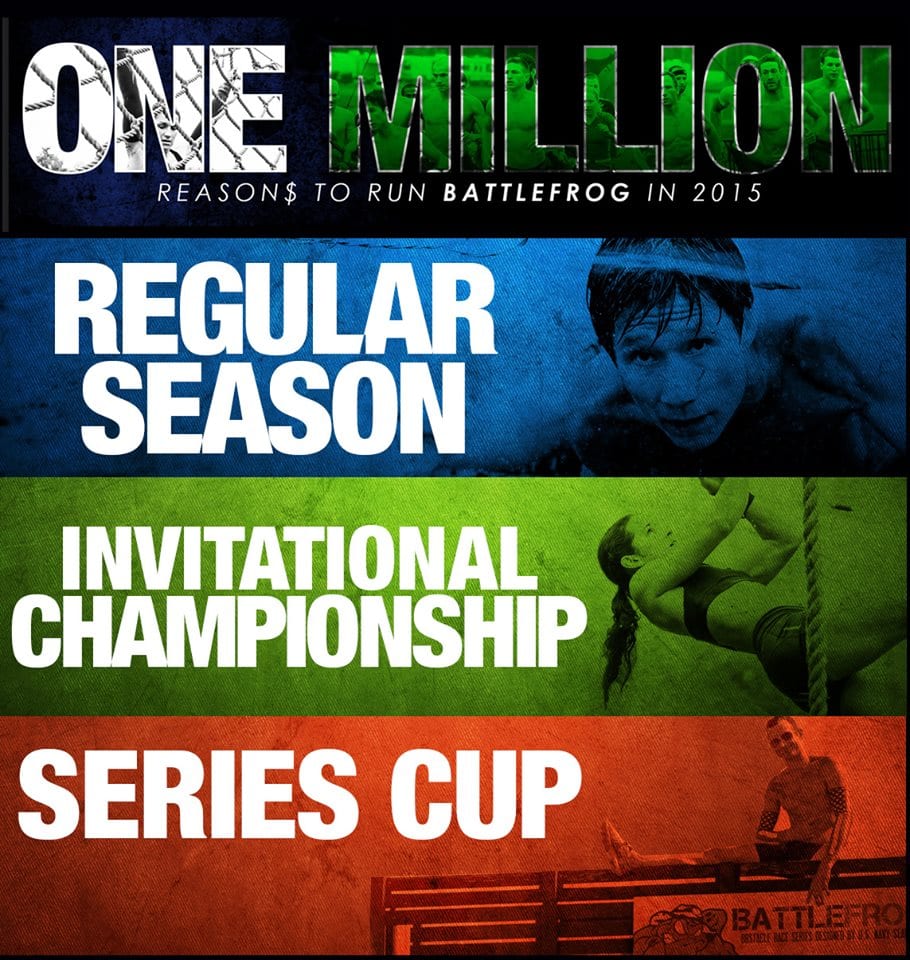 The BattleFrog Race Series didn't just step into the obstacle racing industry, it jumped in and made a splash in 2014. But 2014 was just the beginning and now for 2015 they are expanding, bringing in new venues and upping the ante for the competitive racer at all levels changing the industry forever according to about.com.  Today they announced the new prize structure for 2015 as well as the new Masters Heat, the first heat dedicated to the competitive masters racer. Don Mann the company CEO stated, ““BattleFrog is committed to the growth of the obstacle course racing industry and to further developing the competitive side of the sport” and they have for 2015 with some exciting new developments.

BattleFrog was the first non-championship to implement a must complete rule for all obstacle in the elite field. After watching years of other race series struggle with enforcing penalties they simply did away with them and put the obstacle back in obstacle race. Elite racers begin the race with an armband and if they are unable to complete the obstacle they give up the armband and forfeit podium spots and prize money.

BattleFrog has repeated asked the OCR community for input and seems to be listening to the wants and needs of the racer. Their staff is comprised of some of the best minds in OCR and continues to grow. 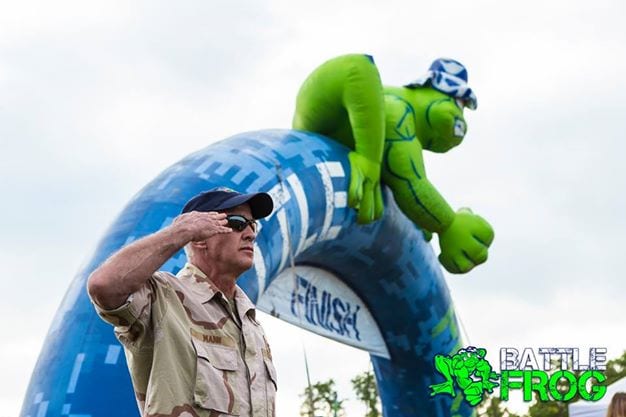 BattleFrog is the first race series to put some serious effort into the 40+ racer. For the 2015 season there will be three separate elite (competitive) level start times with the men at 7:30am followed by females at 7:45am, then the coed masters start at 8:00am. This marks the first time the masters racers will be able to toe the line along side each other competing for their own prize money and podium spots outside of a championship race. “The introduction of a Masters Division is another first for the sport of obstacle course racing,” Mann explains. “Endurance sports such as running or triathlon have a large demographic of 40+ runners, so having a competitive option for a more “seasoned” athlete, such as myself, is very exciting.”

BattleFrog announced today $1 Million Dollars in cash, prizes and awards will be handed out in the upcoming year. 2015 will be different and each BattleFrog event will have $18,500 in prize purse money evenly distributed to the top 10 men and women as well as top masters for their regular season races. Not only will they be handing out bigger money at the regular season races they also will be hosting their own BattleFrog Series Championship Invitational tentatively scheduled for November in Atlanta, Georgia. This race will have some of the top athletes from around the world vying for a share of the $60,000 in cash prizes This BattleFrog Series Championship will join the ranks of the other OCR Majors (OCR World Championships, Spartan Race World Championships, World's Toughest Mudder, and Warrior Dash World Championships – 2014) with $60,000 in prize money, $25,000 going to top 10 males, $25,000 going to top 10 females, $5,000 to top 10 masters males and $5,000 to top 10 masters females (yes, we're doing a separate masters 40+ division).

$18,500 in Cash Prizes at ALL regular season races

In 2015 BattleFrog will introduce their own series points system. This ranking system will pay out to the top 30 elite males, the top 30 elite females, top 15 Masters Males, and top 15 Masters Females at the end of the year. The Cup Series will dole out over $330,000 to competitors at the end of the year. Giving the competitive racer one more reason to add a couple BattleFrog Races to their 2015 schedule.

BattleFrog has also recruited some of the top racers in OCR to join their team for the 2015 season. More about their new pro-team and the thoughts from the new pro-team members Friday.

For more information about BattleFrog Series