BattleFrog Announces a Partnership with ESPN 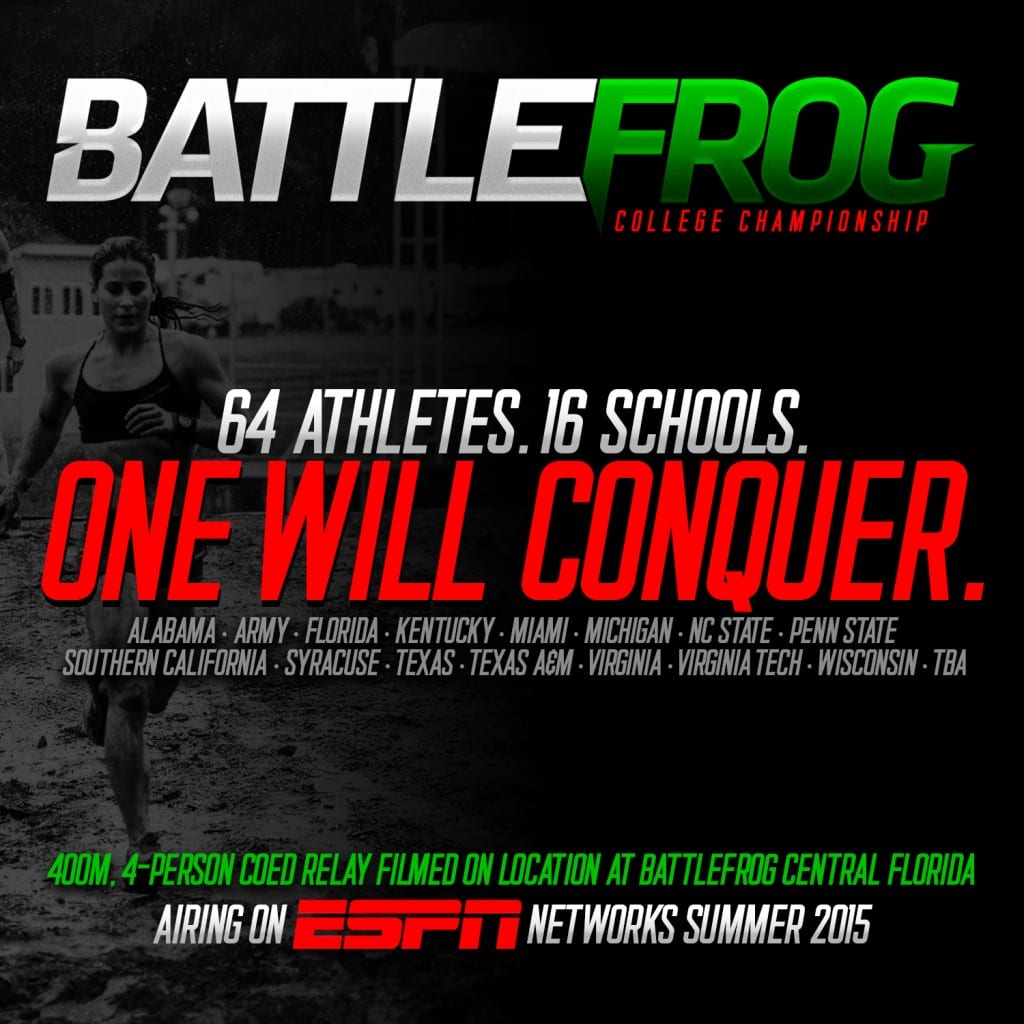 BattleFrog is headed to ESPN this summer. During their Central Florida race on March 13 and 14th,  they will be filming for the BattleFrog ESPN Collegiate Championship. The competition will take place between March 12-15.

This collegiate championship is composed of a four person relay team, two men and two women, that are full time students at a university in the United States. The competition will include a preliminary round, which will pit each school against a traditional rival.

Teams will be seeded from 1-16 based on times from the Preliminary round. Once teams are seeded, the competition will continue in a standard 16 team, single elimination, bracket style format. Each school will be guaranteed at least two competitive runs on the course.

The teams get a $1,000 donation to each university selected to compete. They also receive an opportunity to claim the $10,000 Grand Prize for the winning team.