With World’s Toughest Mudder in its 2nd year in Las Vegas (5th year overall), the inevitable question athletes that went to one and not the other is how did 2015 compare to 2014? While the terrain was very similar, the challenges faced were very different. Here is a quick rundown for those that did one year and not the other.

Not a big difference in terrain between the two years. Since the event was on the same ground, it was just a matter of where the hills were on each lap. The course in 2015 had the hills spread out more rather than 2014, which tended to have fewer hills but bigger hills. Verdict: Not a significant difference. 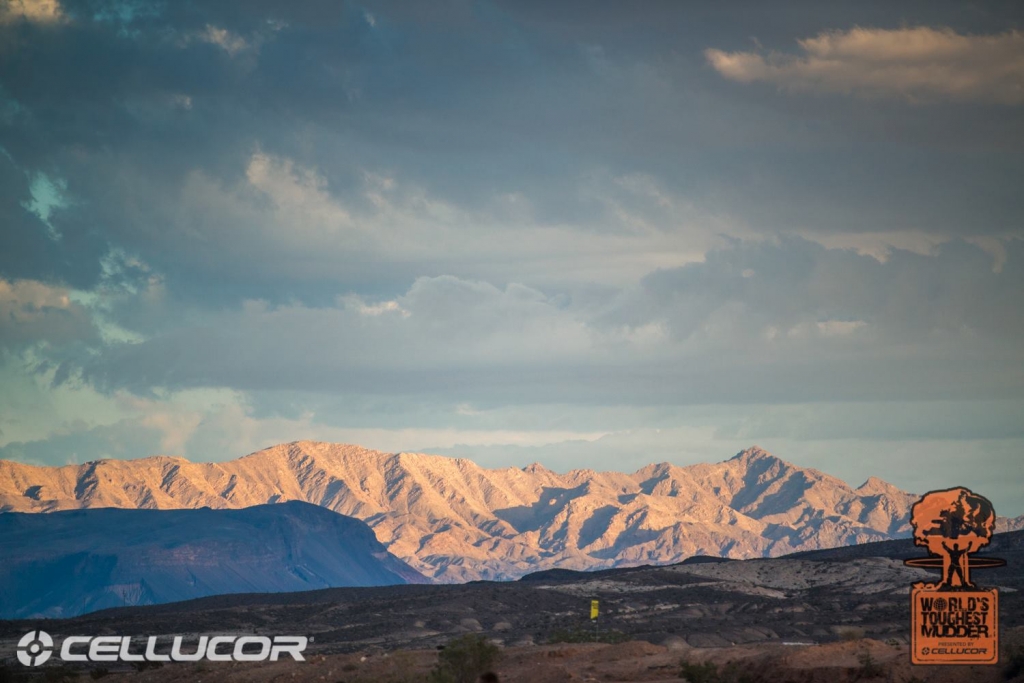 The first huge difference was the weather. The epic sandstorm from 2014, will remain the epic sandstorm from 2014 (until 2016 maybe?). 2015 had very light winds, in fact, I hardly noticed them during the race. Compared back to 2014, it seemed like you were always in the wind and it was continuously sucking the heat out of your body. Having said that, though, people still came unprepared or underestimated the weather. I saw someone get pulled off the course about 2 hrs 15 min into the race for being cold. There were still big names that dropped out due to being unable to heat up enough to continue racing. Verdict: Tougher weather conditions go to 2014, hands down, no contest.

2015 brought some new obstacles and some interesting twists on old ones. Here is a quick rundown:

The Cliff: The addition of the Cliff at night was the talk of the event. For many people, this makes it harder adding in fear of the dark to fear of swimming and heights. Initially, I thought the Cliff would be harder but by adding it at night the wetsuit provides some protection. The bright red marks I had on my body from hitting the water in 2014, were not present in 2015 thanks to wearing a wetsuit for every jump. Just like with many things at WTM, the opening of the Cliff at night added to the anxiety of the event along with all the other things to worry about (cold, distance, time awake, proper fueling, exhaustion, etc.). Verdict: Toss up depending on where your fears lie. 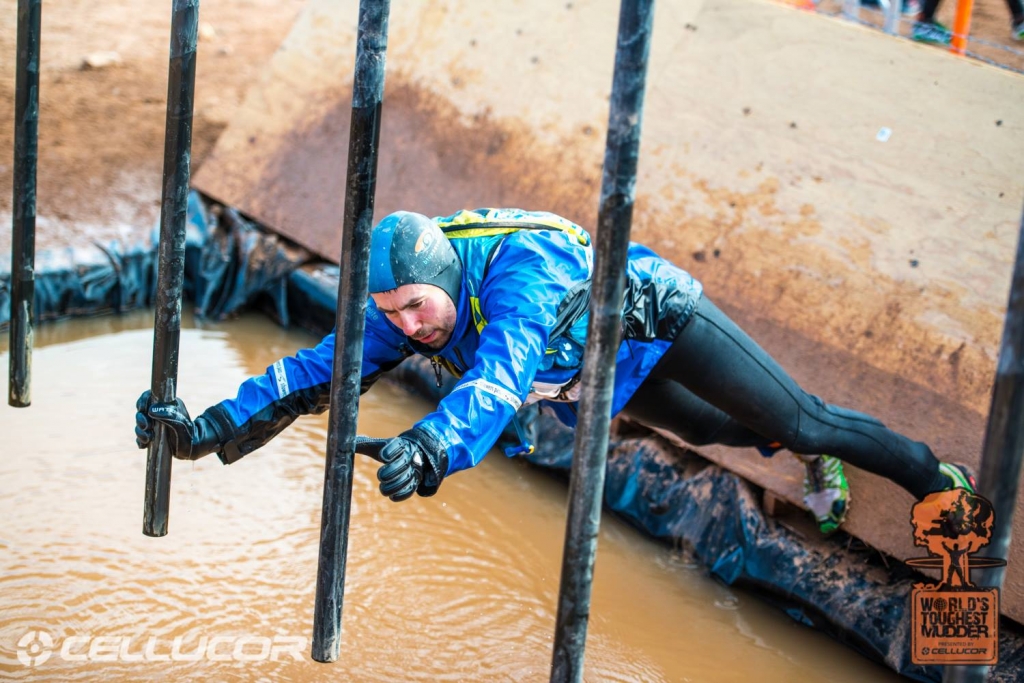 Gut Buster: The Gut Buster obstacle is one of the hardest Tough Mudder has ever produced…at least for short people. I watched some people go across with the feet halfway up the board and arms bent while I am at the bottom of the board, at the bottom of the pipe, and my arms are locked out. Verdict: harder for short people than any obstacle in 2014.

Missing Obstacles: 2014 had two obstacles (Crossover) that were just crawling through a pipe. There was nothing like this in 2015. The majority of the obstacles required some degree of strength. Verdict: Generally harder obstacles in 2015.

Electricity Obstacle: In 2014, electricity obstacle was a simple roll of the dice to determine if you were going through Electro-Shock Therapy. In 2015, it was Operation (using a pole to retrieve a ring) similar to the game Operation. While Operation was not that hard, it was significantly more time consuming than just rolling a dice. Verdict: 2015 electricity obstacle took longer, eating up time needed to attain mileage. 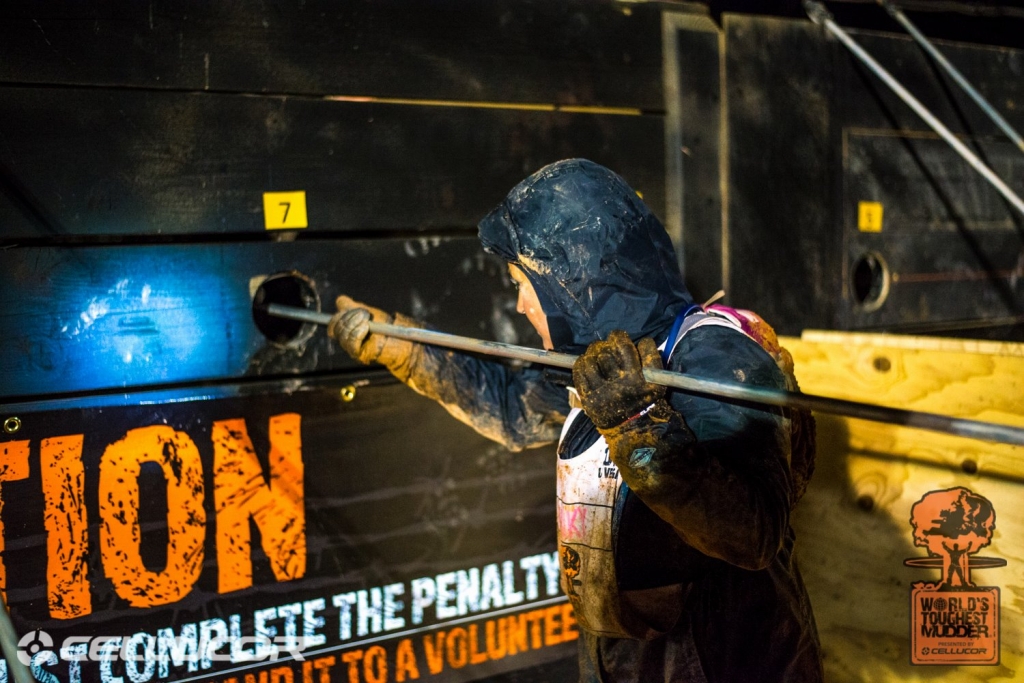 Water Crossing: In 2014, there was Underwater Tunnels (swimming under a series of barrels) Water Moccasin (connected floating square boxes) and Island Hopping (separated floating square boxes). In 2015, Hydroplane (floating mats) were harder that Water Moccasin, which just required walking, but easier than Island Hopping, which required balance, coordination, and jumping. Verdict: Toss up.

Obstacles with No Change: Hump Chuck was the same, although I felt like I had an easier time getting onto the board in 2015 because I do not think the water was as deep. The Ladder to Hell (aka Giant’s Ladder) and Vertigo (Ladder to Hell plus a balance beam) mostly took the same amount of time. Abseil was the same for both events. No change for Mud Mile (mud mounds), Statue of Liberty (torch carry through deep water), Tight Fit (loose cargo net over tractor tires) or the Liberator (slanted pegboard) for both events.

I did not get out there and take a temperature reading either year for the water temperature. However, I will say the water in 2015 was colder than I remembered from 2014. The water was also spread out along the course more, so you were wet more often in 2015. That makes it harder right? Well, no because the weather was so much worse in 2014, the effect of being wet was worse in 2014. Verdict: 2014 was harder because high winds compounded the effect of being wet. 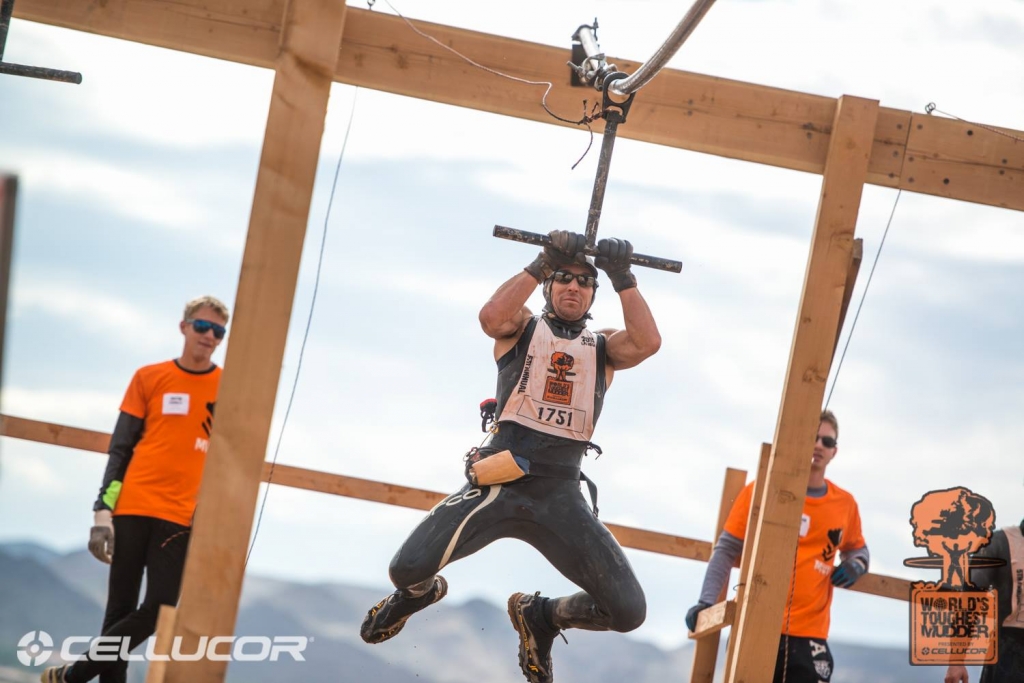 The X factor is anything other variables not captured in the above topics. First off is the 2 pm start time. I think this made it more challenging. By the time the race started some people had already been up 6-8 hours. The initial effect on the course was very few laps done without a wetsuit. Most people chose to put their wetsuit on around 5 pm, about three hours in the event. Last year the first seven hours were run without a wetsuit. You may not realize it, but he added the weight of the suit and absorbed water will considerably slow your pace. Furthermore, I found the 10 am start of 2014 mentally easier. When the sun came up in 2014, I thought alright a couple more hours and I am done. In 2015, it was like okay, eight more hours and I am done. Plus, I felt like 2015 completely used up two full days, versus 2014 which only ate up a day and a half. It was dark by the time I went to get my first meal after WTM, which made it feel like the event was two days long instead of just one. Verdict: For me I did not like the new X Factors of 2015.

So which year was harder? That depends on your strengths and weaknesses. I got more miles in 2014 than I did in 2015 (5-mile difference). However, if I had to redo an event with the same conditions, I would choose 2015 because of the nicer weather despite the fact that it had more difficult obstacles and an X Factor I did not like. The bottom line is they are both hard but for different reasons, after all, what 24-hour long race is easy.