Tomorrow marks the first BattleFrog Championships being held outside Orlando, Florida. Racers will be descending on the venue this afternoon as some of the top racers in the sport prep to see who will become the first BattleFrog Championship winner. Christopher Acord, the Race Director, has leaked a few photos over the week revealing a diabolical Platinum Rig as well as new obstacles to challenge the best in the sport. Mud Run Guide will have coverage on the ground at the event starting this afternoon. Here are some of the athletes to watch for this weekend. 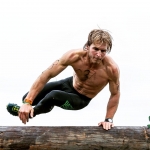 Ryan Atkins looks to continue his winning streak this weekend with the eye on the prize at the BattleFrog Series Championships. He is undefeated for the last year in all BattleFrog events. Atkins is no stranger to the podium at Championship races and is looking to find himself at the top this year.  The question for many is it possible to beat Atkins on a BattleFrog course. 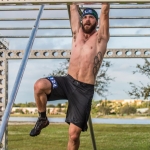 Marc-Andre “Marco” Bedard has been in the obstacle racing world since 2011. He is a former Olympian and in the last year switched from Biathlon to focusing on obstacle racing full-time. Bedard has won numerous races over the years. Earlier this fall he was ill during the previous championships and looking to make up for it at BattleFrog this weekend. 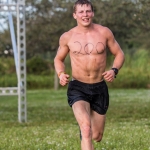 Joshua “Josh” Zwonitzer has been traveling the country this year chasing every obstacle race he could. He started the year as part of the Atlas Race team and more recently has been found frequenting the podium at other race series including BattleFrog Series. He is young and hungry for a good result this weekend. Look for his ninja skills on the Platinum Rig obstacle. 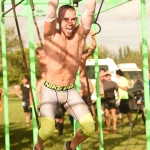 Brian Gowiski has been obstacle racing for a couple of years. He has made his way onto the podium at several race series including Spartan Race and BattleFrog Series. He has raced against most of the elite men's field before and has his eye on a podium finish. Look for Brian to be quick during the running sections and strong through many of the obstacles. 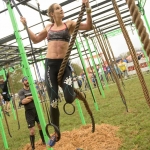 Lindsay Webster quietly came onto the obstacle racing scene in 2014. Her season in 2015 has been anything but quiet. She is the reigning OCR Women's World Champion, finished second at Spartan Race World Championships, and has numerous BattleFrog wins throughout the season. Webster is a strong competitor who also happens to be engaged to Ryan Atkins. Will we see this couple together on the top of the podium this week? 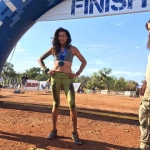 K.K. Stewart-Paul is currently tied for first place with Webster in the BattleFrog points series as we enter the championship. Stewart-Paul has come on strong this year in the OCR world. Her finishes at the Warrior Dash World Championships and OCR World Championships cemented her place as a dominant female in the sport. Look for Stewart-Paul to use her height to her advantage on the obstacles as well on speed on the flat running sections. 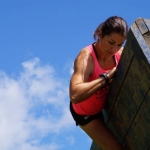 Claude Godbout has been in the obstacle racing world since 2011. She is a former Spartan Race World Champion and current BattleFrog pro-team member. In the last year, this former Canadian National Team Biathlete also put aside her Biathlon racing to focus on obstacle course racing. She finished second this year at the OCR World Championships and is looking to excel this weekend at the BattleFrog Championships. Godbout is a smart athlete, look for her to gain speed on obstacles as well as any hills on the course. 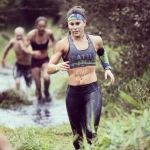 Corinna Coffin has been a strong competitor all year. She has been less consistent in her placings this year as compared to 2014. However, do not rule out this strong competitor. She has a background in triathlon and comes from a family of accomplished athletes. Coffin no doubt will be looking to end the season on a strong note with a podium finish this weekend. Look for Coffin's strength and speed to play a big factor in her race.

In addition, to the elite race this weekend, the more seasoned competitors will also be racing for Masters Championship bragging rights. In the masters division watch for Jason Bryant, Steve Capitano, LeEarl Rugland, Joe Rivera, Mike Morgan, Chris McCorkle, and Jeffrey Bent. These men are strong, fast and ready to push the limits on whatever course race director Christopher Acord puts in front of them.

On the female side, the female masters competition could prove to be a competitive race. Look for these women to be chasing the podium this weekend Jolene Wilkinson, Elvy Lapointe, Lisa Nondorf, Maria Tornudd, Valeria Hardison, Tara Cioppa, and Heather Cammarata.

Follow all the action for exclusive coverage from Mud Run Guide this weekend at the BattleFrog Championships page.