The Fuego y Agua Survival Run is only two days away. The athletes are arriving on each ferry as it docks on the island of Ometepe in the middle of Lake Nicaragua. Today we focus our attention on the top men to watch in the Survival Run race. The field is stacked with an international field of men. 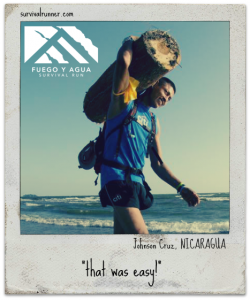 Johnson Cruz returns to Fuego y Agua Survival Run for the third time this year. He won the race in 2013 and came in third in 2014. Last year he took the year off and returns to the race once again in 2016. For Cruz the island of Ometepe is home. He lives and trains on the volcanos and is comfortable with his surroundings. Look for Cruz to be a strong competitor once again this year. 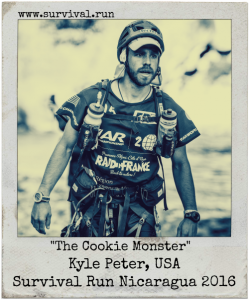 Kyle Peter is attempting to tackle Survival Run for the first time this year. Although it is his first Survival Run, many already are picking him as one of the favorites. He is a three-time US Adventure Racing Champion and has competed in 17 World Series adventure races. In those races his team has six victories as well as an additional ten podium finishes. His team – Team Adventure Medical Kits – is currently ranked 3rd in the world. To many he has been hailed the face of US Adventure Racing. Additionally, he is an ultra-marathoner and mountain bike racer. Look for Kyle Peter to be a strong competitor on Wednesday. 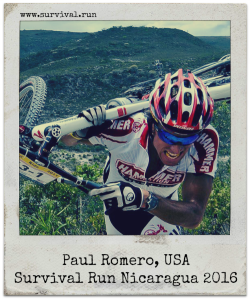 Paul Romero is also tackling the Survival Run for the first time this year. His background is in adventure racing, ultra running and additionally has been a mountain bike competitor. Romero has summited all 7 Summits around the world and did so with his 13-year-old son. He recently placed second in the Tahoe 200, a 200-mile ultra marathon. Finally, he has been an elite international adventure racer for years. Look for Romero to be another strong contender at the start line. 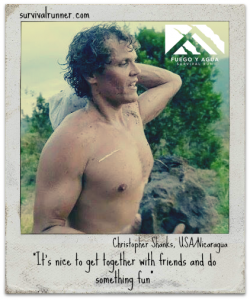 Chris Shanks is no stranger to either the island of Ometepe or Survival Run. This will be his third time competing in the event. In 2014, Shanks had a strong race but fell short of getting the last piece of the I DID NOT FAIL medals. He came back in 2015 and finished second in the race proving his strength in this unique race.Shanks is a US ex-pat who now lives on the island of Ometepe and works as a local permaculture farmer and educator. For Shanks, he is looking for another chance to successfully cross the Survival Run finish line. 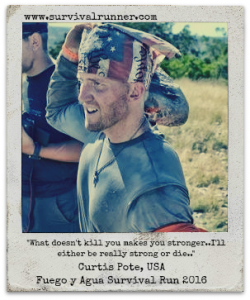 Curtis Pote is entering Fuego y Agua Survival Run for the first time this year. Pote finished second in the 2014 Hunter Gatherer Survival Run. He knows what race director Josue Stephens can though at competitors. Pote is a Police Academy instructor and knows how to stay mentally strong even in the toughest obstacles. Look for Pote to be another strong competitor in this race.

Follow all the action from Fuego y Agua on the Offical Coverage Page Here.