Identifying an OCR Athlete in the Wild: Part 1 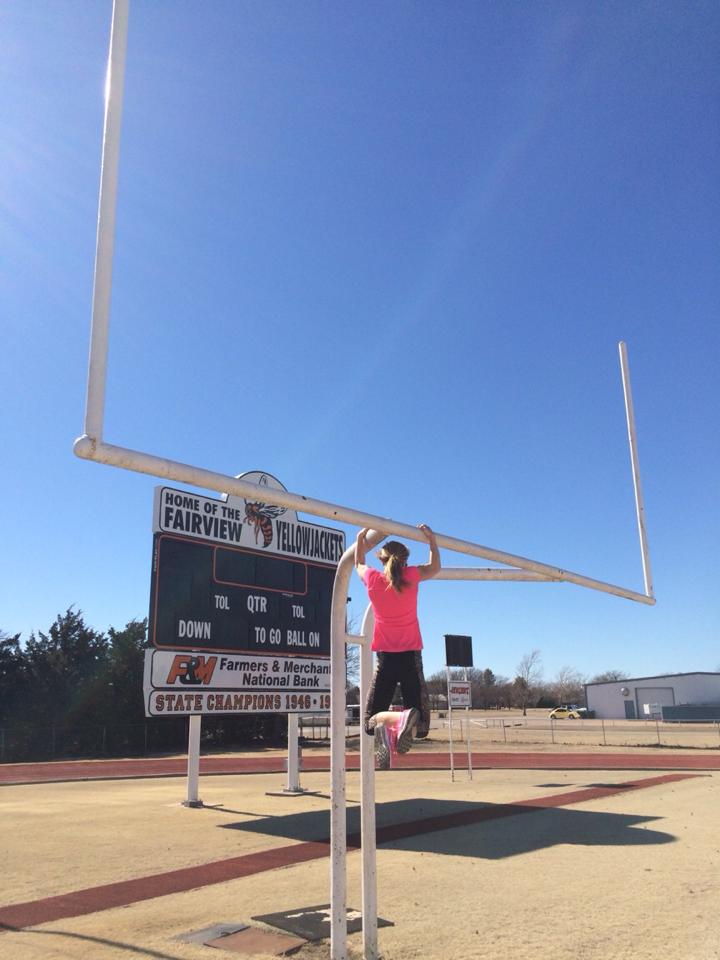 If you're reading this article which you are, chances are you have an obsession with Obstacle Course Racing (OCR). However, not everyone in your family wants to hear details about all your calluses that were torn off on your last set of monkey bars or how many burpees you did last night while watching a playlist of OCR Warrior.  Since it is officially the offseason in most parts of the country, it means you will have to be able to identify OCR athletes outside of their usual habitats, aka races.  This is important so you will have someone to talk to in real life…outside of the internet.  Here are some helpful tips you can use to identify an OCR athlete in the wild.

OCR Athlete in the Wild

A commonplace for an OCR athlete is to be is at the gym exercising. But how do you can you tell him or her from all the other athletes in the gym?  The telltale sign is an inappropriate use of the equipment. By that I don't mean curling in the squat rack or sitting upside down in the leg curl machine, I mean finding new uses for old favorites. OCR athletes are required to traverse obstacles with their hands for extended periods of time, which means they will find a way to train for this task without the required equipment. Using things like the Smith machine squat rack and pulley station as a makeshift monkey bar apparatuses is a good sign.  Many Spartan Beasts have been known to traverse these “obstacles” from side to side for excessively long periods of time.  Others will stare, wondering what is going on, but when you see it, you'll know this is an OCR athlete. 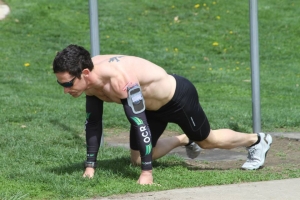 During interval repeats of the track is a common practice for any runner to improve both your VO2max and lactate threshold. What is uncommon is people stopping between repeats and doing low crawls and climbing fences between sets. Perhaps this is training to escape from their cages.  Sometimes the OCR athlete can even be seen throwing spears.  If you see one throwing a spear…be careful on your approach to them, missing the target causes them to go into a fit falling to the ground and jumping in the air. 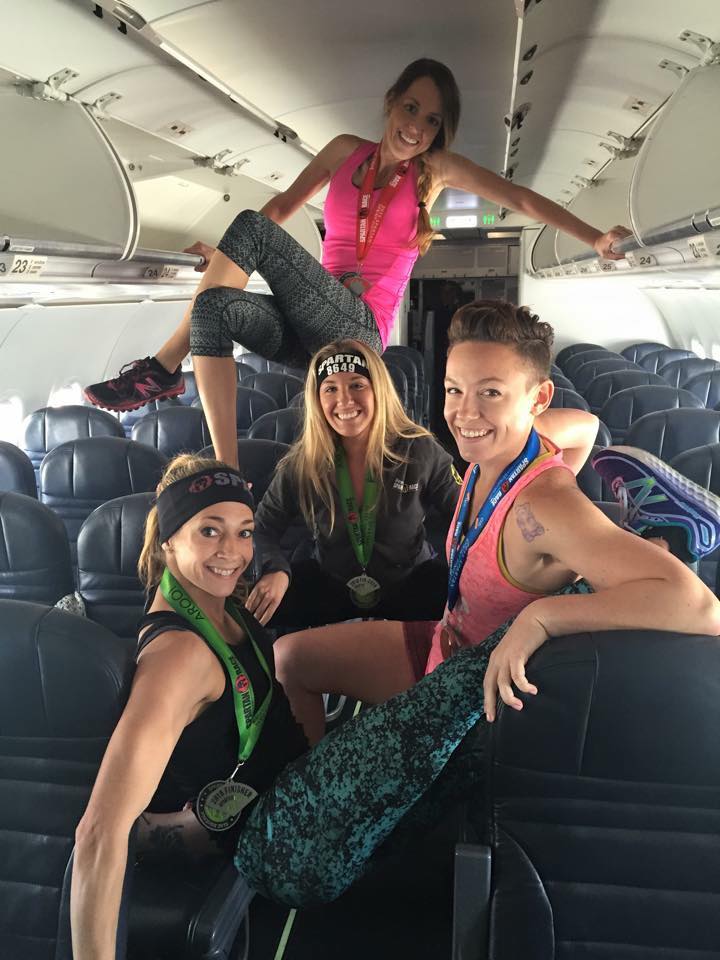 (From back to front) Melissa Davis, Jessica Gruener, Staci Meissner and Ashley Samples returning from a Trifecta weekend.

The best time for finding OCR athletes is Friday afternoon or Sunday afternoon at the airport. This is where they engaged in their ritual travel behavior before attending an event. On Fridays, they can often be identified by a T-shirt signifying completion of a past event they are particularly proud of, displaying historical relevance to their behavior. On Sunday, they are typically seen with shiny medals around their neck and freshly obtained bruises and scrapes. Although science is not entirely sure of the purpose of the race medal, it is believed to be a courting behavior designed to attract members of the opposite sex in the OCR clan.  Others have postulated that they must have low intelligence and just enjoy shiny objects.  However, this is largely conjecture based on the idea that who would want to jump over fire and run up mountains for fun? 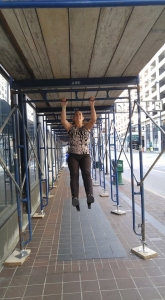 Nicki Bruckman can't resist the urge to train even on her way back from work.

Spotting an OCR athlete walking down the street is sometimes challenging unless you are near a track, climbing gym or a store selling Icebugs. However, just because you have taken the athlete off the course, does not mean they will not find their course.  Even in work clothes, the urge to climb, swing and jump off of things is often too much to resist.  Maybe they are searching for food or just trying to gain a position over advantage over possible prey.  Whatever the reason, it is likely they will be suspended from their arms instead of walking on their legs.

Come back for part 2 which will cover how to identify these Rugged animals at social events.