Spartan Race announced today the new US Championships Series. The series will highlight five races including all three distances. These races also tie in with the NBC “Road to the Championships” television programming, culminating at the World Championships in Lake Tahoe. Below is the full press release from Spartan Race as well as a video preview of the series for more information check out Spartan.com for more details. 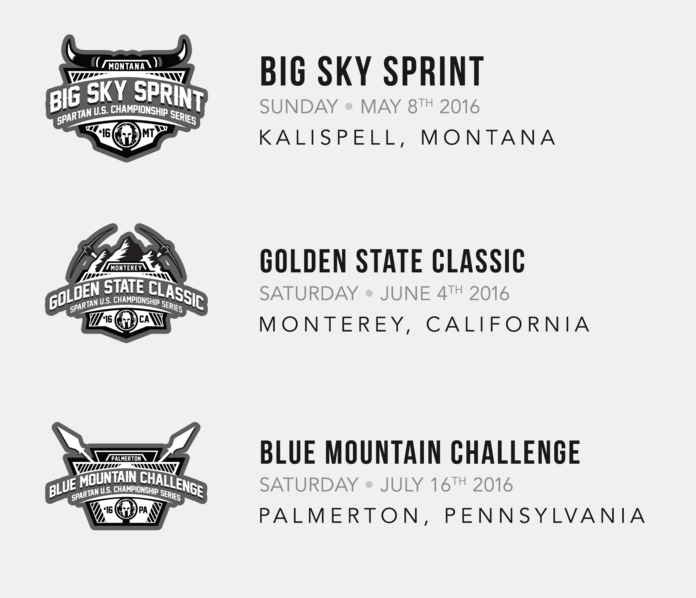 Awarding More Than $100,000 in Cash and Prizes in 2016, The Spartan U.S. Championship Series Aims to Find Best All-Around Obstacle Racer

Spartan Race, the world’s leading obstacle race company, announced today the launch of the Spartan U.S. Championship Series. The stand-alone series, which is the first of its kind in the history of the company, will challenge athletes to the ultimate Spartan test by showcasing all three of Spartan Race’s core race types: the Sprint, the Super, and the Beast. The Spartan U.S. Championship Series will determine the best all-around obstacle racer, crowning both individual race winners and an overall series champion based on cumulative points across the 5 U.S. series races.

Racers will battle it out on the most epic Spartan Race courses across the country. Spartan U.S. Championship Series contenders must prove they can conquer all course types with speed, strength and endurance, a test that will show who the top Spartan athletes are. 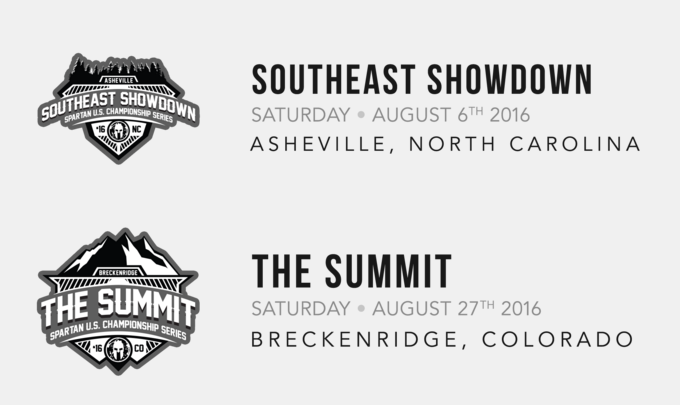 More than $100,000 in cash and prizes will be awarded, with the Top 5 Men and Women of each race receiving their share of a $10,800 cash payout, with $3,000 going to the first place Men’s and Women’s finisher. In addition, the Men’s and Women’s U.S. Series Champion will receive an additional $7,500 cash payout, with the Top 20 series finishers all receiving prize money. In order to be eligible to win the Spartan U.S. Championship Series, racers must compete in at least 4 out of the 5 designated series events.

“We are excited to challenge the world’s best athletes like never before as the sport of obstacle racing continues to evolve. The Spartan U.S. Championship Series will not only test top athletes, but will continue to showcase Spartan Race to a national audience through our NBC Sports programming partnership.” Said Spartan Race Chief Operating Officer Jeffrey Connor.

Following the success of the first two seasons, the Spartan U.S. Championship Series returns to NBCSN later this summer. In addition, the 2016 Reebok Spartan Race World Championship returns to Squaw Valley in North Lake Tahoe and will air on NBC. The television airdates are:

Spartan Race is the world’s leading obstacle race company and the first of its kind to feature timing and global rankings. With more than 170 events in 25+ countries planned for 2016, Spartan Race has more than 1 million global participants, and offers open heats for all fitness levels as well as competitive and elite heats. With nearly 5 million passionate social media followers, health and wellness products, as well as the popular NBC television series, Spartan Race has made obstacle racing one of the fastest growing sports—and lifestyles— in the world. Spartan Race features races at three distances, 3+Mile/20+ Obstacle “Sprint,” 8+ Mile/25+ Obstacle “Super” and 12+ Mile/30+ Obstacle “Beast,” culminating each year in the Reebok Spartan Race World Championship. Visit http://www.spartan.com for more information, a schedule of events, and to register for a race.