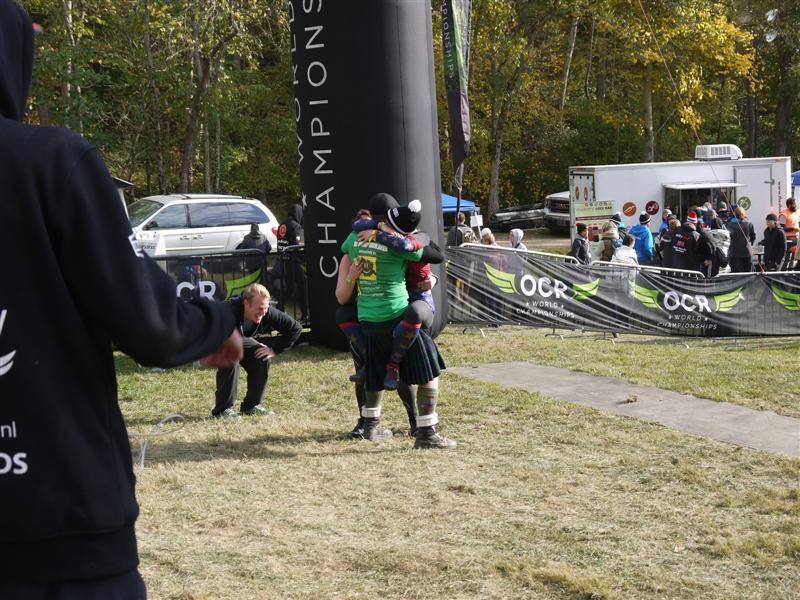 Welcome back to episode three! You’re still here, so we must be doing something right…

I have received several really good requests since last week and I am mulling them all over – but this week, I felt it was time to cross the waters and delve into one of the most entertaining and interesting people in OCR with a silly accent. No seriously – it is ridiculous.

He is the “Finish Line Hugger” (yes, I just coined that) and the voice you hear as you cross it at several races throughout Europe, as well as at OCRWC. He is terminally kilted, silly and bawdy and clever, and is one of the brainchildren behind the Obstacle Course Racing Association UK (OCRA UK). This man genuinely has his OCR hands full.

But above all else, he is one of the truly wonderful humans on the international side of our industry, and helps make doing what we do FUN.

Take it away, Muddy Highlander. 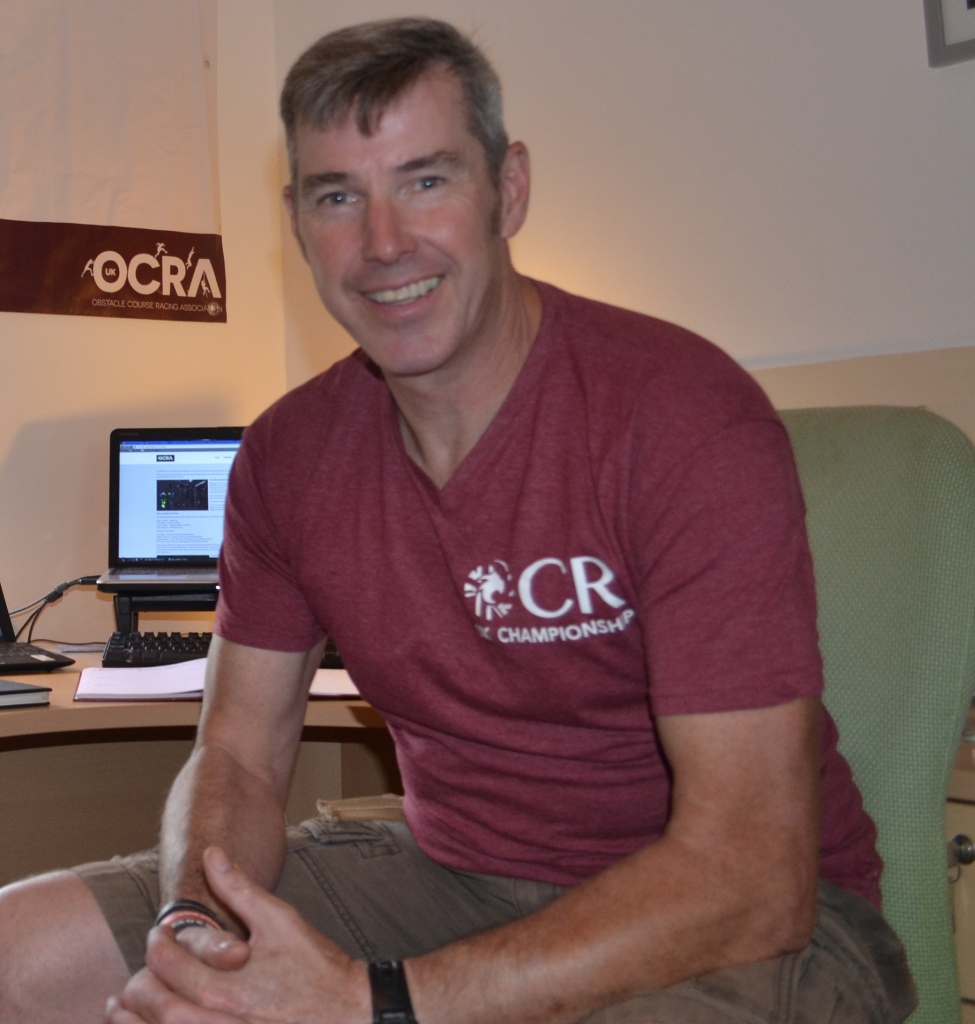 Where are you from?: Inverness – in the Scottish Highlands, but I now live in London.

I have always been active but truly hated running and just plodding along, as a child I was always looking to go through dirt and water whilst out and I always felt that I had trained more if I came back looking like something from the black lagoon. So when I heard of races that did exactly that, I was hooked straight away. Mind you, there are a lot more races to choose from now than a few years ago, so I always found myself picking up a log and running through rivers, much to the amusement of the local dog walking population.

What made you stay?

OCR is infectious as anyone who has tried and stayed will tell you. It is also a great leveler of people because there are no airs and graces when you are face down in a pool of stinking mud. Everyone helps each other, and there is no class distinction like I have found in other sports that I have tried. I’m also into this sport in both heart and soul, and I feel it is now part of me in more ways than I could have ever imagined. 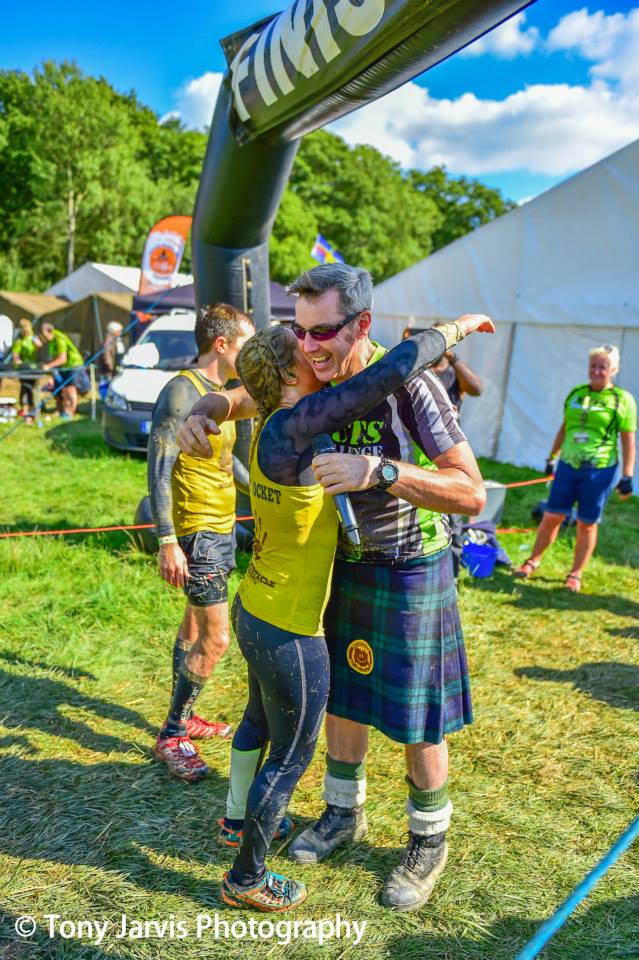 That’s not the easiest question to answer as I don’t think of myself as being very self-important. I came into the sport to take part and have fun, but I could see that things were starting to go off the tracks a little and the end result was that hard working participants were losing out. In some cases I could see the effort that people were putting into completing an OCR offered little reward, not even a hug or a “Well done” at the finish. So I suppose to answer the question, it would have been when I became known as the “Muddy Highlander”, and started to acknowledge the efforts of people, either by getting them hyped up at the race’s beginning, or meeting them at the finish line with a hug or a high 5, or whatever they want. I suppose wearing a kilt and speaking with a funny accent also helps. (Editor’s Note – it does. But we mostly come for the hugs)

OCR is now a perpetuating sport, and will theoretically continue to grow as more and more people sign up to take part. However the specific direction in which that goes is really still an unknown, as so many organisations and entities are trying to pursue their own agenda. I fear this is what is really going to slow the sport, and put people off doing a race after time. Athletes and sponsors pursue other avenues for all sorts of reasons, which is fine, as there is no harm in trying something new. It is the reasons some of them are actually leaving or are being forced to leave that is the worrying thing. 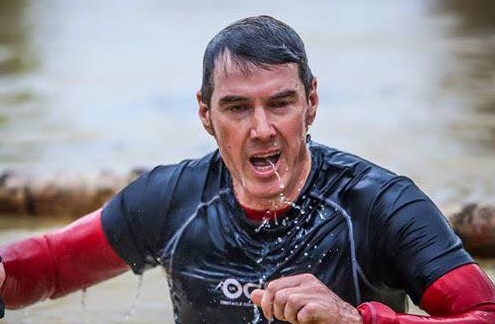 The sense of excitement as you are travelling to an event. I’ve done so many now, but still get that fluttery feeling in my stomach every time. Also, just being part of the whole day or weekend, meeting established OCR friends and making new ones. But I think the main thing for me is just speaking to friends and family who are there to support someone taking part, and helping to build their excitement and interest in OCR itself.

LITTERING! Yeeeesh. I once saw someone deliberately drop their gel pack on the course so I picked it up and ran after them, handed it to them and said “you dropped this”. They actually said “thank you”, and stuffed it in their pocket. The extra sprint also helped with my improved time on the course.

Now – Go for it…tell us some things about yourself that you think everyone might want to know, or at the very least, that you want everyone to know: 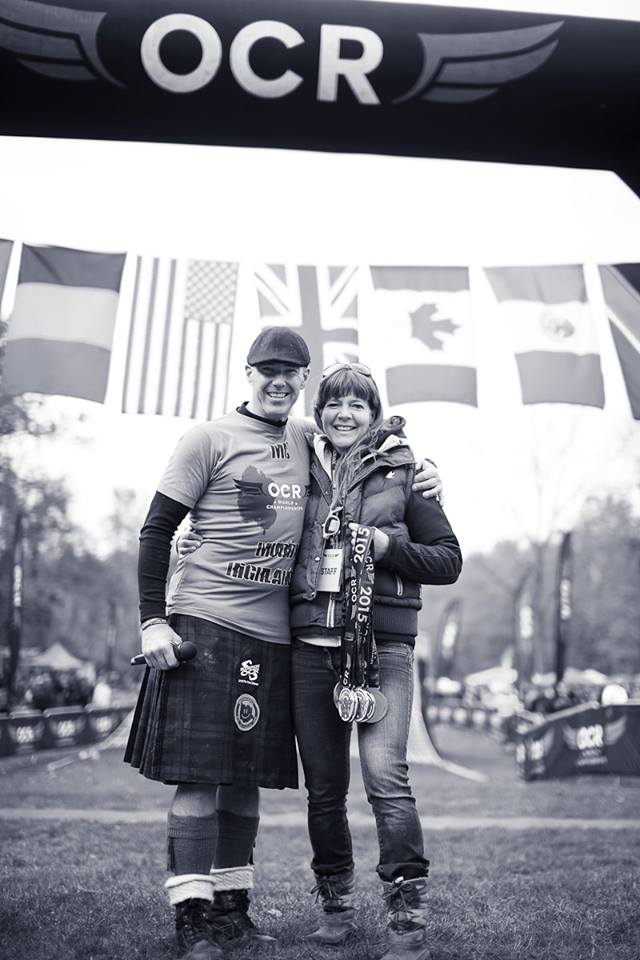 I live with my lady Sally, and I have 2 grown up sons and a Granddaughter. I was brought up in the Highlands of Scotland in a small village called Ardersier. I love that place, and it is truly one of the most spectacular venues for an OCR I have ever seen. It has everything – woodlands, mountains, rivers, the North Sea and views to die for, and one day, it WILL have a race there.
I was always very active, and was in the Army cadets at age 11, and joined the British Army at 20 serving 18 years. The part that most people don’t know, is that I did a stint of 12 years got out for a few years, then went back in and at the time I was the oldest entrant to pass all the physical entry tests. I served in many places around the world and that has taught me to appreciate life and respect others a hell of a lot more. (Sniff….I love this guy.)

My approach to life is somewhat quirky and whilst some people can’t understand my methodology in completing a task, they always agree that the end result is either exactly what they wanted, if not better. That’s more than likely due to the fact that I will always speak my mind, though age and wisdom have also taught me that there are better ways to deliver a statement sometimes. I will not take something on I know I cannot complete well, I know my limitations.

I’m a great listener and I love to teach, especially things that I have learned from many cultures that I have visited around the world. One of the most useful, was how to snap a piece of string with your bare hands in the middle of the Belizean jungle. I didn’t learn that by watching Bear Grylls, though we both had a lovely time in the middle of a forest in Germany once.

Life is a great adventure and if you ever get me around a campfire with a good Malt Whisky, I will happily bore you to sleep with some other little dits. The only thing I ask in return is that you share life with as many people as you can, and if someone isn’t laughing or smiling, share something funny with them. See you at a race sometime!

Were you all able to understand him through that monstrous brogue??? Sheesh. In all seriousness, if you have not yet been able to experience OCR outside the US, or get to the OCR World Championships – make it a part of your bucket list. There are so many people that love this sport, all over the world…and they are a huge part of what makes this community so amazing.

Until next week….I am off to enjoy a nice Highland Scotch. For research, of course.