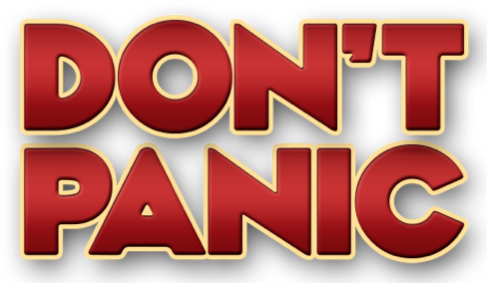 This is a case of BattleFrog Series putting their money where their brand is. No, I don't mean that muscular frog with stubble and an attitude, I mean the whole “bands over burpees” thing. The “O” in “OCR” does not stand for “optional”, as most purists would point out. I could not agree more (especially since I just came up with that catchy saying), and I imagine that most elite and seriously competitive racers would agree.

Mandatory obstacle completion is one of the things that has (and continues to) set BattleFrog apart from most of the OCR events out there. It defines what an obstacle course race should be in the most literal and unforgiving sense. You must overcome the obstacles in order to complete the race. Period.

However, you cannot run a viable race series catering only to the small pool of elite racers. OCR is based on a large community of weekend warriors, and it is these customers that any OCR series needs to entice, challenge, and entertain. Going to an event and being removed from the course or the official results after 5 obstacles will leave a sour taste in the mouth and virtually guarantee near zero return business.

These are the Yin and Yang of OCR: challenge versus accessibility. You must provide a tough obstacle course race in the purest sense for the elites, and a challenging yet do-able course for everyone else. BattleFrog is acknowledging that this challenge and tension exists, and are taking concrete steps towards a workable solution.

WHY are they doing this? 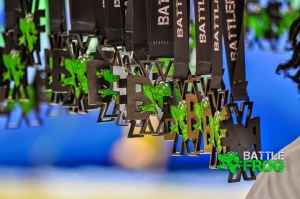 This isn't simply change for the sake of change. This seems like an evolution of the sport based on feedback from racers as well as on results from the Toughest series across the pond. At the risk of putting words into their mouths, I will now try to articulate what BattleFrog seem to be trying to do.

The goal appears to be ensuring that BFX rewards and recognizes the best endurance OCR racers, not simply fast runners who can do 8-counts in their sleep. This is, most will agree, a good thing.

The real challenge here is doing it in such a way that the masses upon whom BattleFrog has been built will still have a legitimate shot at completing multiple laps.

HOW are they doing this?

Don't panic yet, people: BattleFrog won't shoot themselves in the foot by screwing you all over. Most obstacles in most OCR courses are almost certain to be completed by almost everyone given enough attempts; things like the balance beams, cargo nets, jerry can carries, over-under-through, etc. Those will be truly mandatory in order to prevent racers from simply skipping them in order to save time/energy.

A certain handful of obstacles will pose a legit risk of failure for many racers: platinum rig, rope climb, 12-foot rope wall, etc. These will have one or both of 2 special features in order to facilitate completion for non-elite or exhausted racers.

1.  The obstacle will have tiers, so if you can't do the “elite” version then there is the “mere mortals” version which will be much more accessible. Completion of any tier counts, and the racer can keep going.

2.  The obstacles will have a substantial penalty for non-completion. A racer who fails an obstacle and decides that they cannot surmount it will be sent on some form of penalty loop. Completion of the penalty means that the racer is still in the race.

In addition, racers will now be allowed to accept help from fellow competitors, which will allow many to complete obstacles they would not have been able to complete on their own. Teamwork is good.

The specifics of the tiers, penalties, and limits to help are to-be-determined and will be works-in-progress that will evolve as they get more and more races under their belt with the new rules. Change and adaptability are good.

This is what I think it will look like in broad strokes, based on what I call common sense.

1. The penalties will be set based on collected obstacle completion stats, and will take into account the amount of time/effort involved with the obstacle in question.

I have no idea how the tiers are going to be done, except to say that they will very likely be similar to the way they have done them on their Platinum Rig setups to date.

Until the Washington races, this is all just speculation anyways, so try not to lose any sleep over it.

Miss the announcement? Check out the new rules for BFX

0shares
Disclaimer: The viewpoints expressed by the authors do not necessarily reflect the opinions, viewpoints and official policies of Mud Run Guide LLC, or their staff. The comments posted on this Website are solely the opinions of the posters.
By Peter Dobos|2016-05-05T19:21:52-04:00May 6th, 2016|Op-Ed|1 Comment