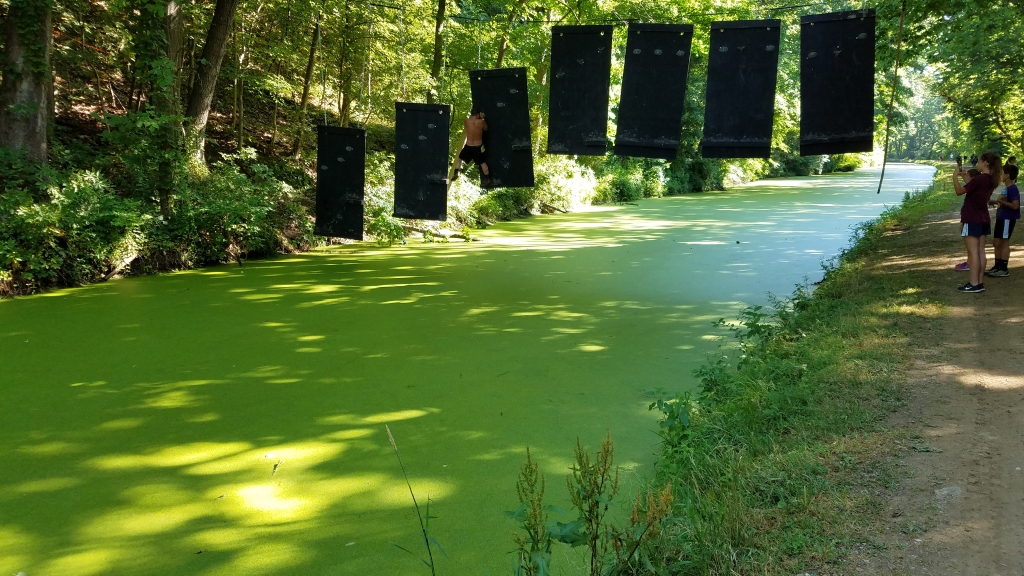 Indian Mud Run is the epitome of the term “Home-grown race.” Founded in 2012 in an effort to raise funds for the local levy that had recently failed, it has seen steady growth in each subsequent year. This year the race boasted 700+ participants, sure that’s far cry from the numbers that Spartan Race pulls week after week, but when you dig a little deeper you find that 20 different states were represented among the runners. What in the world could be bringing in racers from all across the country in what otherwise seems to be a small and obscure event? 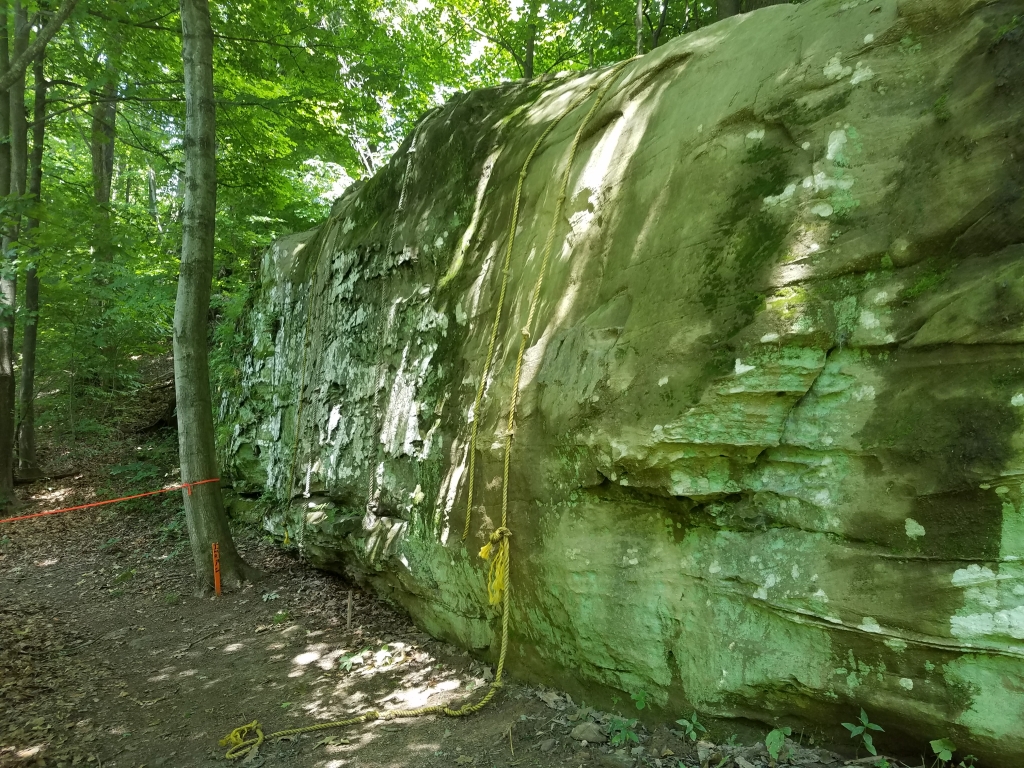 Let’s start with the course, Ohio isn’t exactly known for having much in the way of elevation but Lake Park in Coshocton is not to be underestimated. The route is a loop trail that essentially runs along the west side of a big hill, to its peak at 1.5 miles and continues back to the canal along the east side of the same hill. “Essentially” being a key word, the course description does not do justice to the terrain with 3 ascents of greater than 45 degrees in the opening mile, many find themselves wondering how they’ll make it through the next 2 miles.  The entire time participants are running on some of the most gorgeous single track in the Midwest and the entire course utilizes the terrain beautifully and supplies many natural obstacles. Participants rappel and climb rock walls using ropes and hanging ladders, downed trees are not removed but rather trimmed into hurdles or crawls. 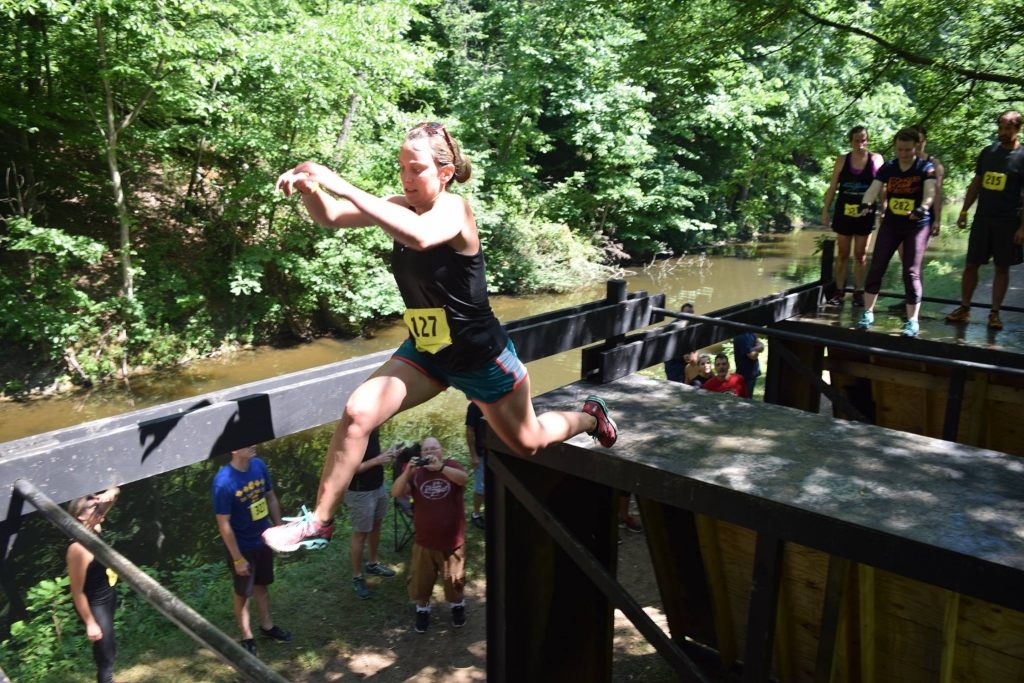 “Okay, so it’s a nice trail, that’s it?” You’re saying. Let’s talk obstacles, this year saw, not one, but TWO obstacles from the OCRWC make an appearance at the event. Crowd favorites Dragon’s Back from the Toughest series and the Destroyer from Full Potential Obstacles were there for a whole new crowd of runners to test their skills on. Neither obstacle was simply recreated either, they were both licensed and approved by their original owners, showing that this “small” race has some big pull in the industry. 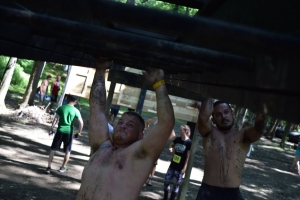 Beyond the big name obstacles, there was also a crazy fast near vertical, and long water slide into the canal at 30+ mph and runners were greeted with an industry first obstacle of a hanging traverse walls placed over the canal.

All in all the 5k course featured 40 obstacles including the 1/10th mile gauntlet at the end consisting of the aforementioned hanging traverse, a gigantic rock wall, the Destroyer, and a 40ft long spinning monkey bar rig one right after the other. 4 upper body and grip strength taxing obstacles in rapid succession within sight of the finish line made for a true test of grit and an excellent show for spectators. 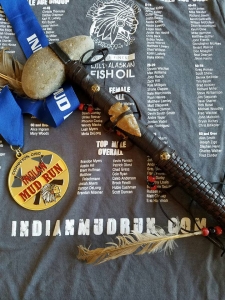 “Anything else?” Why, yes! The awards are some of the best I’ve personally ever seen at any OCR big or small. Authentic Navajo tomahawks were given to the top 3 overall male and female racers and also to the top 3 male and female in each age group. In addition to the hardware, any participant who finishes in the top 10 in each age group get their name on next year’s shirt. It’s a great goal to keep participants motivated to earn the right to have their name listed the following year.

I have now run the event for two years and I affectionately refer to it as “The Little Race That Could.”

Do not be fooled by the numbers, Indian Mud Run packs a punch and will be sure to continue growing in the future. For anyone who is a part of the #RunLocal movement, this should be considered a required event. Anyone who is getting tired of some of the more repetitive events on your schedule, consider this event as a welcomed reprieve. Chalk me up as their biggest fan, 5 stars out of 5!

Do you seek out the local obstacle races and mud runs in your area?

Tell us your favorites.