Rise of the Sufferfests Documentary Review 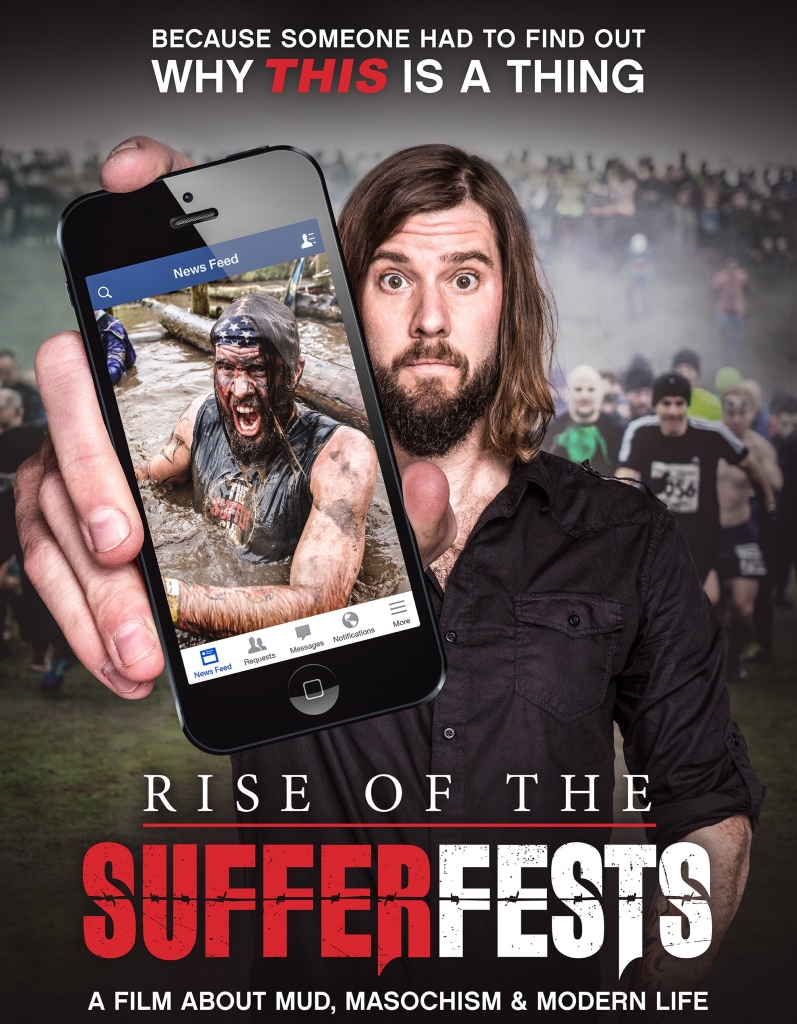 Following the Monterey Spartan Super on Saturday, I had the chance to don a new cap, this time as a movie critic as I took in the premiere of the “Rise of the Sufferfests” documentary that has been lovingly crafted by Scott Keneally. Now, I'm no Leonard Maltin, but I know what I like, and frequently that revolves more around the Marvel Universe, Star Wars, and Lord of the Rings than any dry and stale documentary.

Fortunately, Rise of the Sufferfests is neither dry nor stale. For those unaware, this movie explores the history and burgeoning popularity of obstacle course racing and most importantly attempts to answer the question of why millions of people would choose to spend good money to effectively torture themselves by getting voluntarily electrified, doused in freezing cold water, and crawling through mud. 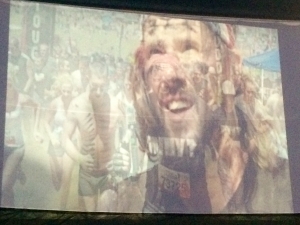 I won't go into too many of the details on what he found out along the way; Scott has worked too hard on this to give away the plot. He truly leaves no stone unturned in this exploration, with insights from major players & fans of the sport along with many experts in human psychology and a few detractors who think we're all just a little bit nuts.

A huge highlight of the film was the spotlight thrown on Mr. Mouse; founder of Tough Guy and arguably the inventor of this whole craze. Eccentric is a word that cannot fully encompass this enigmatic Brit, but is the best term I can come up with; hearing his words and seeing a few of his peculiarities is alone worth the price of admission.

I went in expecting parts of this story; I knew it would be a history lesson and a study in psychology. What I wasn't expecting and which elevated the movie for me was that it would include so much of Scott's personal journey; as a writer, a struggling film-maker (it was somewhat meta that the documentary would include a frank account of the struggles involved with making the documentary), a wannabe macho man and a new Dad. 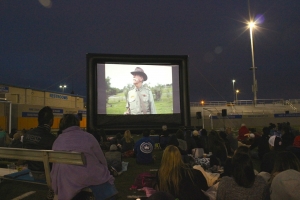 On camera or as the narrator, Scott shares his doubts and vulnerabilities; a few of his lowest moments as well as his triumphs. His story ties in seamlessly with the larger narrative of why those of us who are in the OCR cult push ourselves week after week and subject our bodies willingly to forces which could break them as a tool for growth.

In the interest of full disclosure, I've been a supporter of this project from the first time I heard about it back in 2013 and have been eagerly awaiting the finished product. I thought it was a very cool concept, but the world is filled with great ideas that ultimately disappointed; the difference between something great and a complete dud is execution. Now that it's here, I can say without reservation that Rise of the Sufferfests was well worth the wait and that it surpassed any expectations I may have had.

If you're a fan of OCR, you owe it to yourself to see this film. If you have friends, family, or co-workers that just don't get what you do and why you spend hundreds of dollars to do these events, again and again, bring them with you. Rise of the Sufferfests is the best and most complete answer to that somewhat complex question that I've seen or heard so far. 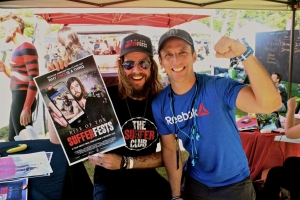 Want to Get Your Own Copy… 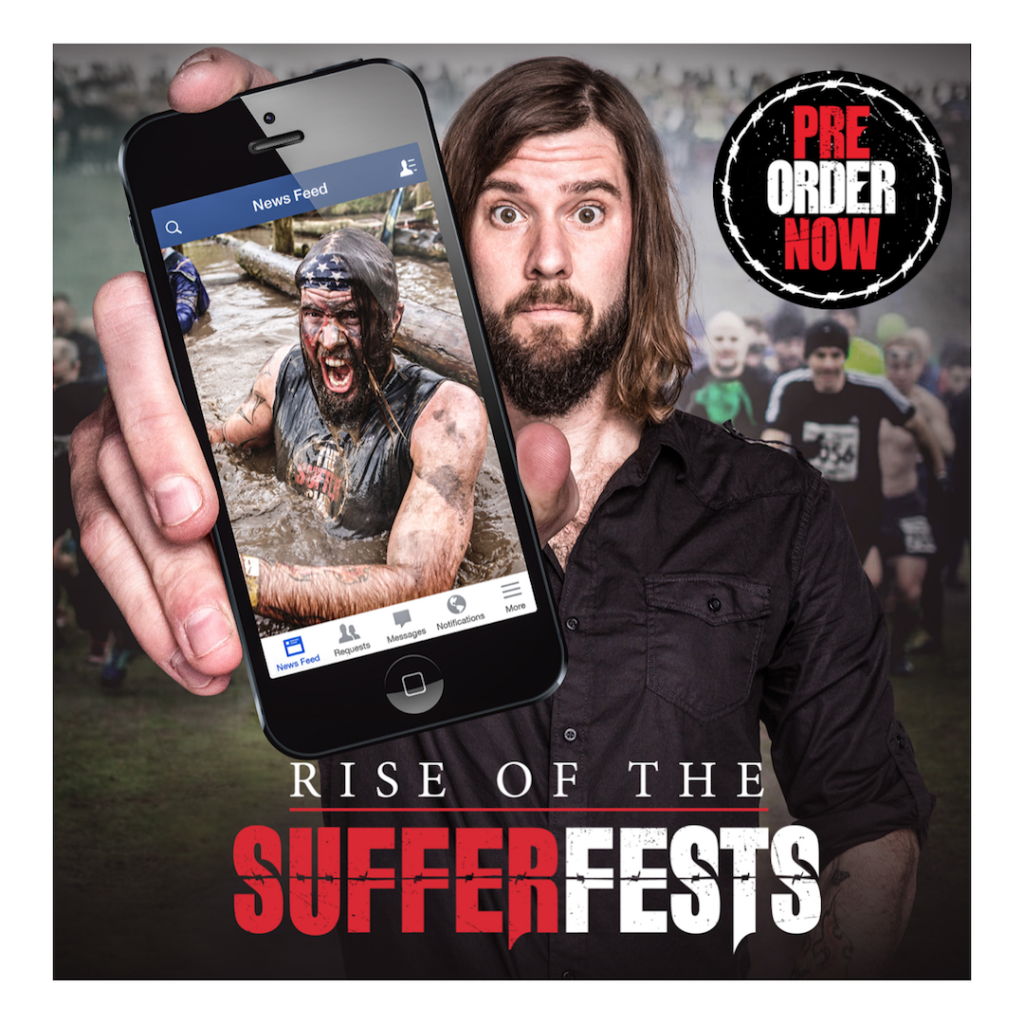 Here are a few good reasons to PRE-ORDER THIS MOVIE TODAY:

You'll get to see this film first!

You'll get a discount code for merch

We'll give you FREE bonus content. Think outtakes and extended interviews with featured athletes and experts. (We have soooo much amazing footage to play around with.)

PLUS, you'll be helping us out. They say indie filmmaking is a two part process. We've nailed the first part: making a movie. But publicity and promotion is another beast altogether. We don't have a big film studio, brand sponsor or marketing budget behind us. We're a little indie-doc that could, a mom-and-pop shop… and we funneled our resources into making the best possible film. Now we need some working capital to hire a publicist, book screens/venues for our summer tour, and launch a proper marketing campaign. And every pre-order, advanced ticket and merch sale helps to ensure we can get this movie out to the masses.

So, let's help each other out, shall we? PRE-ORDER THIS MOVIE TODAY!

Oh, and as always, many thanks for your support.

Have you seen the documentary?