Super Nice Club… The Rise of a Movement 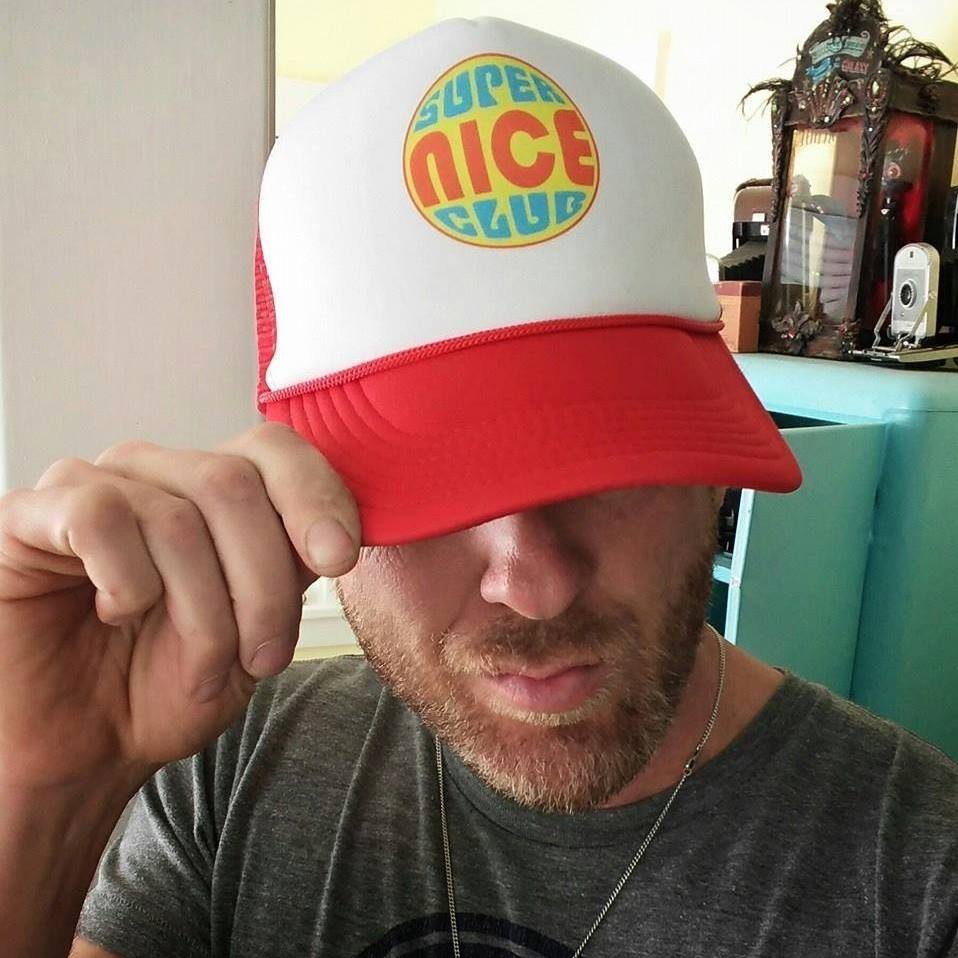 This spring a new “movement” started on social media from an unlikely source. Have you seen those Super Nice Club hats recently popping up on your social media feed? The creator of this movement is none other than Tod Brilliant.  In the OCR world, Tod Brilliant is often known for his cheeky trolling in Facebook groups such as Obstacle Racers Worldwide. For over two years he has grown a reputation as a top troll in the OCR world, so when he launched the Super Nice Club this spring, it seemed another ruse from a known instigator. But this was something different, something refreshing from the often critical OCR Community.

If you get the chance to meet the real-life Tod Brilliant, you will find he is anything but a troll. Brilliant is a creative, caring, well-read, modern day artist working in the medium of film and words. This screenwriter is devoted to his friends and will stick his neck out for those he cares about. This spring the Californian decided, on a lark, to extend some of this compassion to the greater social media world in the form of the Super Nice Club.

The Super Nice Club quickly built a following online growing to over 2,000 members in the first few months. Brilliant says the club grew out of his personal desire to be “kinder, more attentive, to stop and do the little things that I find myself often thinking I’m too busy to do. Basically, to be less of an asshole.” While this was not a new goal for Brilliant and one he had on the backburner his whole life it was time to bring it forward out of the shadows and into the light.

His passion was ignited by the influence of writer Jebidiah Jenkins, who talked about paying a compliment out to everyone you encounter. Brilliant said,

Brilliant continued to say that doing nice things for others doesn't always come naturally for many people himself included. It can be awkward to pay a complete stranger a compliment and takes practice. Like any new task, it can be hard at first, and people have to train themselves into a new mindset.

The second source of inspiration for the Super Nice Club came from a Chase Jarvis interview with Tim Ferriss. During the interview, Ferriss was referencing the work Brilliant's friend and fellow artist, BJ Fogg. Fogg had talked about building ‘micro-habits' to create change in your life. So if you want to get in shape, do 10 minutes on the treadmill, not an hour. You’ll achieve it and feel great about it and naturally up your minimum.” For Brilliant, this sparked an idea…

“So I thought, well heck why not do the same with niceness? Just try to be like 3% nicer each day? Totally achievable. And since then I’ve been trying to collect ‘nice habits’ that I think will help me beat that 3% goal every day.

Then I started thinking about the awful behavior too often endorsed by world religions usually and how we should toss the books and churches and just start a club dedicated to being nicer. Strip out all the bullshit preachings against against against everything. Religion seems to be AGAINST and not for. We're FOR being Super Nice. It's really simple, actually.” 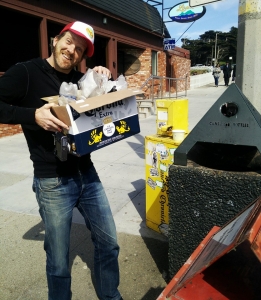 Thus, a movement caught on and caught on well beyond the OCR Community. Currently, the club has over 2,100 members and Brilliant says about 200 of them come from the OCR Community. As part of the club, Brilliant has launched a limited run of trucker hats as part of the movement as a visual way to promote kindness among others. As the movement continues to grow Brilliant has started to create small get-togethers where people can do “Super Nice” things for their community and others. These meetups have included trail cleaning and other civic activities. In the future, he hopes to see more “Super Nice” gatherings where people can come together both socially and as well create a little “nicer” world in the process.

The movement has already caught the attention of the media as Brilliant recently recorded an interview with a Portland, Oregon-based radio station. He has sold over 200 hats, a feat which still surprises him. Brilliant sees the Super Nice Club continuing to grow in the future with the goal of setting up chapters in different metro areas to achieve two goals.

2. Do super nice things (partner with local nonprofits, help elderly people across streets, whatever seems like a nice thing they can do to help in their community.

Brilliant went on to tell Mud Run Guide, “Believe it or not, there's already a tv show being pitched around the Super Nice Club … we'll see how that goes!” In a time where social media is often a divider. The Super Nice Club just might be an answer to this division bringing people of all walks of life together around the central theme of simply being “nice”. For Brilliant, this small idea is already resonating well beyond the what he could have imagined. What started as a personal goal has struck a cord with many and continues to grow through a smile to a stranger and with each piece of trash picked up from the side of the road. In our modern day society, the Super Nice Club just might be the answer for our fragmented society.