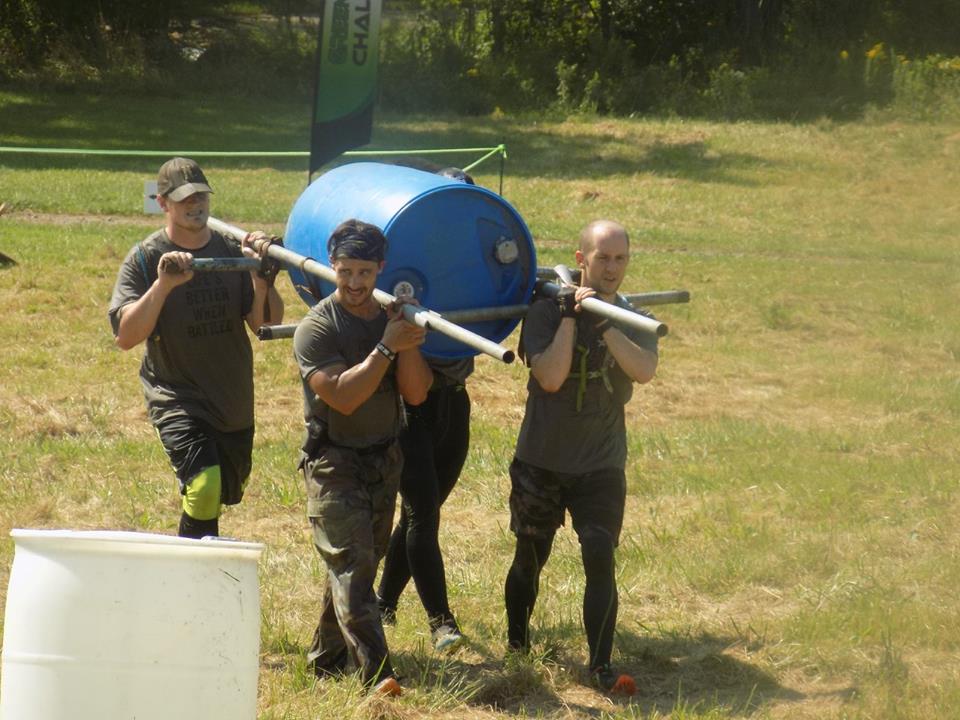 Coming into the Green Beret Challenge (GBC) the only thing I knew about it was that there were a lot of heavy carries. I read up on it a bit, and it sounded like a fun event where the owner, Mark Ballas, and his band of merry men would try to give you a taste of team building; Special Forces style. This particular race took part deep in the backwoods of south central Missouri just on the outskirts of Ozark mountain country. As with a lot of the OCR event’s these days the venue itself was one of the biggest obstacles for the organizers who ended up spending much more time than planned prepping the trails.

My Battle Corps teammates and I figured this would be the perfect opportunity to practice for our team event at OCRWC which was only about six weeks away. What we would encounter would be some of the most grueling 8 miles any of us has ever done in an obstacle racing type event, but it was worth every drop of sweat that poured off of us in the 95 degrees Missouri heat. Hopefully, the other teams understood that this race was truly about building a team rather than winning the event. This meant sticking together in every sense of the phrase.

This “Commando Course” event was called a “race,” which it was because we were competing for time against other teams; however, what the other competitors do doesn’t affect your group, so it has a different feel in that regard. In fact, Ballas told me “the Commando Course event was never meant to be a race, but some thought it might increase participation to have the team compete. In fact, in 2017, it will become a Challenge only format.” The Challenge is, in fact, the struggle of putting the team before yourself, accepting your situation, and working together to conquer the evolution that the GBC cadre has set forth. Ballas explained that he believes “we never know our true potential until our boundaries have been tested.” Tested we were! 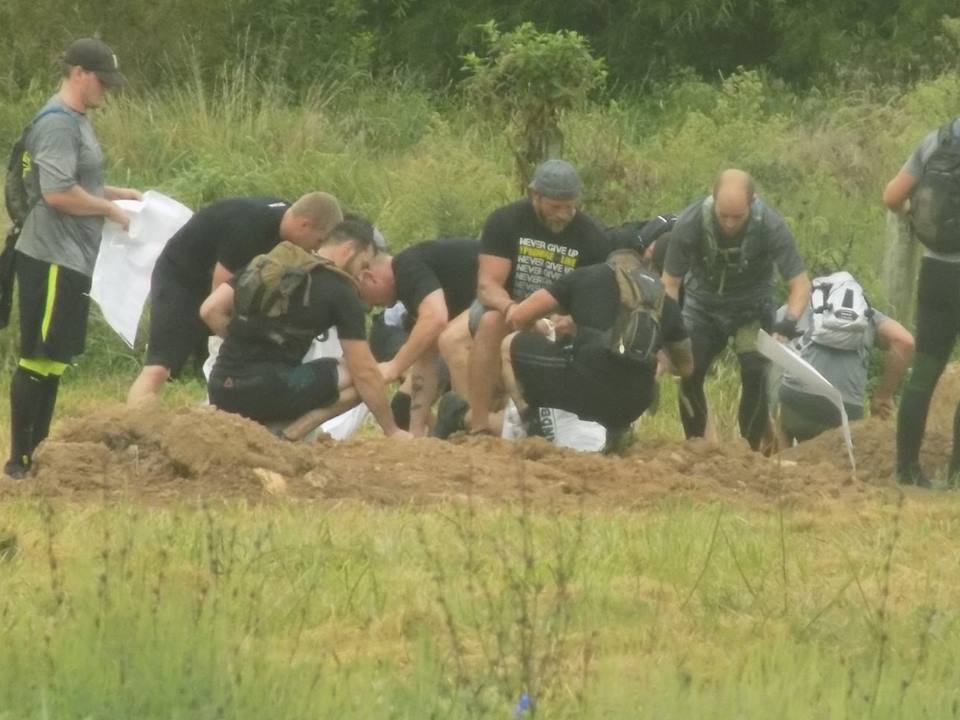 So what is it exactly?? Well, in short, you carry heavy sh*t far. The first challenge included a couple of wooden poles that were tied together and weighted with four sandbags. We were to haul this thing maybe a half mile. Not too bad for a warm up. The second evolution required a bit more strategy. This involved the four of us transporting a 100 lb rucksack; a box that I’d say was about 80 lbs with handles and a truck tire with a harness about another half mile. The idea is to figure out who and how to get these things from point A to B most efficiently. We thought we’d done this effectively, but we fell behind in the last 30 yards or so. These first two tasks were all just child’s play for what was to come for the rest of the 7 or so miles yet to come.

At the next station, we were instructed to fill a sandbag. This meant every single male and female would be carrying about 60lbs, and there is no scaling. This challenge would officially be the longest sandbag carry, by far, that I’ve ever done. I believe it was about 1.5 miles of mostly uphill trekking. When were finally able to unload the bags we found we were just putting them into a sled which was to be pulled by two people for about mile further up the hill. This was followed by all four men carrying a tarp with three of the sandbags to the crest of the hill where a frosty adult beverage awaited us. Let me tell you; a Keystone Light never tasted so good. I have learned through my multiple 24 hour OCRs that a little thing like that can greatly raise your spirits, so we took about 3 minutes to finish our beers and then back down the mini-mountain we went!

As one might expect, Ballas and his group saved the best for last. Our mission, should we choose to accept it, which of course we did; was to transport four poles, four straps, and a 55 gal drum weighing about 200 lbs about one mile to the finish. You could construct whatever you wanted to make this happen as long as all the pieces reached the finish line. We made ours one way only to have a coed team blow past us halfway through. It was at that time that we deconstructed the rig and copied that team’s design making it much easier to reach the finish line. 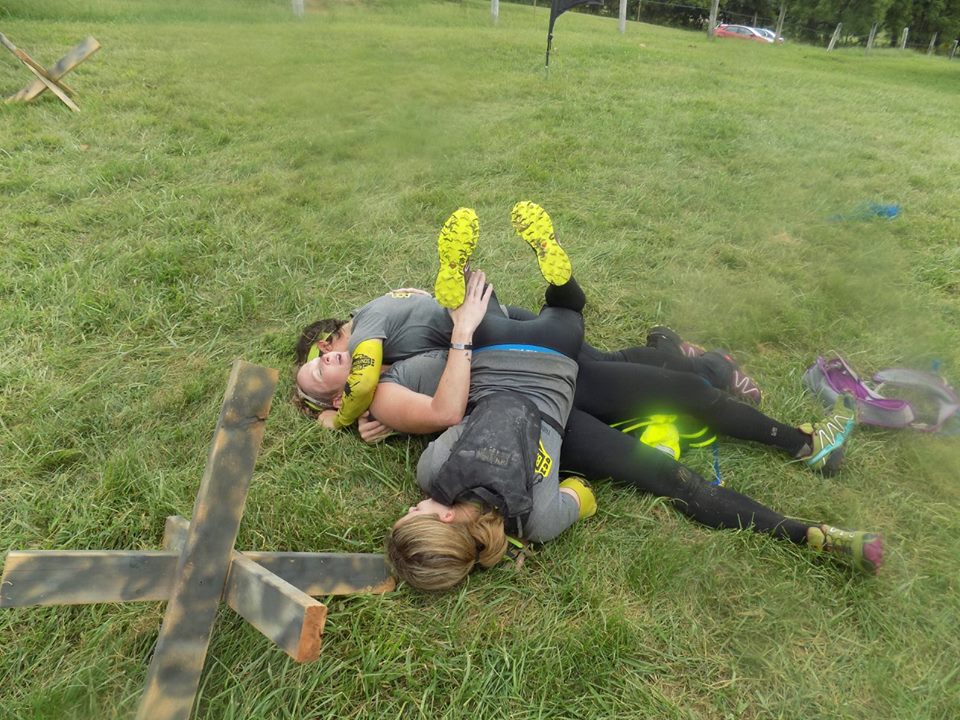 This event was simply brutal on the body. Our entire team was made up of obstacle racers who simply don’t train for this much carrying… and walking. This meant we would have to come together as a cohesive unit to effectively complete this Commando Challenge. I feel like we accomplished this. We communicated effectively, balanced our strength and weaknesses, and pulled together when the going got the toughest. Some of the other teams weren’t able to work together as well, and the fractures were evident on the course. I think in events like this you learn a lot about yourself during the suffering. In the case of this event, I feel like the ideals of Special Operation ring the loudest in the most difficult times. In those units, it’s not about you, and how much you hurt. It’s about being there to help the guy next to you because he or she is hurting too. If you slack then, your buddies will hurt worse. You have to put out for your teammates. That again is what this event is all about. Coming together for the common goal and becoming a team. Most people have heard the defined acronym;

and it so true. In a sport that seems to currently be wrestling with personal achievement and sometimes a lack of integrity, I think we could use a little less “I” and a little more “we.” I can’t wait to see what more GBC has for us in the future!