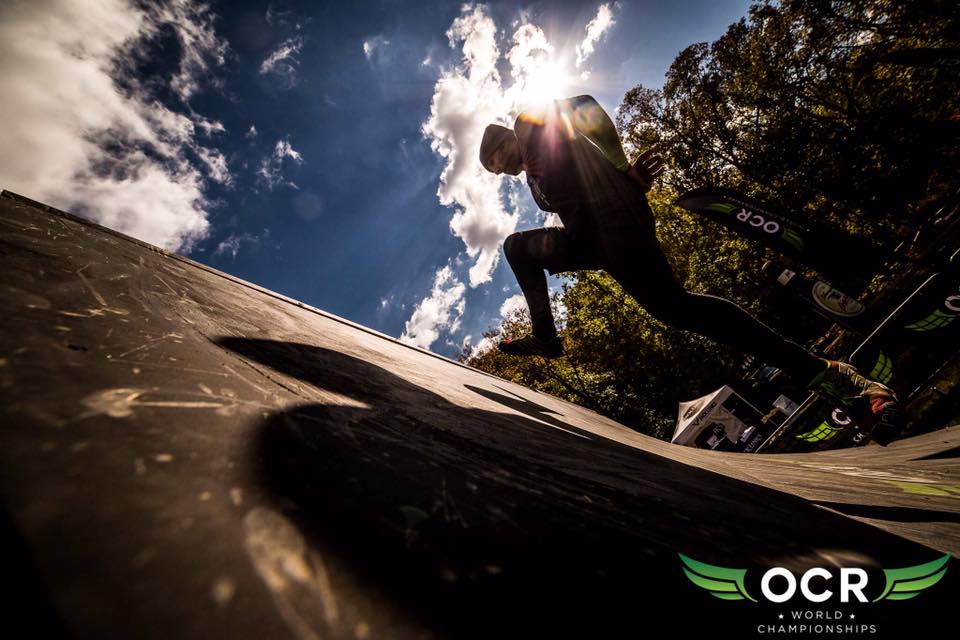 Friday kicks off the first day of racing at the 2016 OCR World Championships in Blue Mountain, Canada. This year the newest addition to the racing action is the 3-kilometer short course. The course will be a test of speed and obstacle proficiency as racers will tackle some of the most challenging obstacles from the World Championship course. With the short distance and the obstacle density predicting who will prevail on top of the podium is a bit unknown. Mud Run Guide picked out a few athletes to look for in the Pro Division on Friday.

The action will be fast and furious as the Pro Division races for their slice of the $10,000 first place prize. The first heat kicks off on Friday with the masters at 8:30 am and the Pro Divisions go head-to-head starting at 11:15am.

The Short Course is the first of four events that Atkins will do over the weekend. Expect to see Atkins excel in all the events including this short course. He has the combination of grip strength, speed, and obstacle proficiency that should propel him to strong finishes starting with the short course on Friday.

Atkins also has the advantage of knowing Blue Mountain well as it is one of his local training locations and was spotted earlier this week with a WreckBag on his shoulders headed up the mountain for a training session. 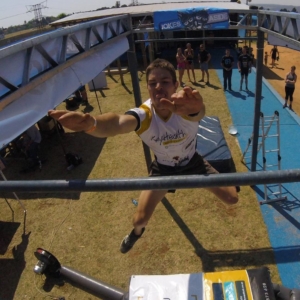 Avierinos dominates the obstacles in South Africa. He can often be found on the top of the Warrior Race podium in his home country. A race which is known for unique and challenging obstacles. Many of the obstacles that can are found at South African races are similar to those seen on shows like Ninja Warrior and other gymnastic heavy obstacles. Avierinos is a strong runner and has the strength to navigate the toughest obstacles. 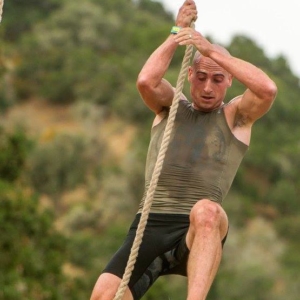 Kraker is an obstacle racing veteran who loves the short and fast courses. He has been a staple on the Spartan Race circuit for years and has been a competitor several times on the OCR Warrior web series which features a fast and furious course. Kraker is tall, strong, and fast. He continues to mature his obstacle skills and has become a force to be reckoned with on the shorter distances. Look for his speed between obstacles to help give him a leg up on race day. 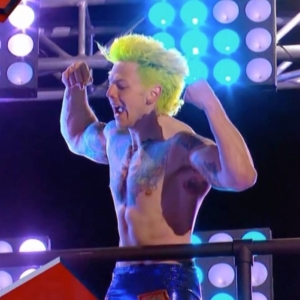 Jamie Rahn is an American Ninja Warrior veteran and one of the standout athletes on the show. Rahn not only has the skills to navigate any obstacle put in his way he also is a talented runner. When you combine the two, he is a deadly force on a course like the 3-Kilometer OCRWC Short Course. Rahn was the first athlete to succeed at all Tier 3 obstacles at the American series Goliathon in New Jersey. Look for him to sail flawlessly over, under, and through the obstacles on Friday during the Pro Division heats.

Werkmäster is a talented athlete from Sweden. He recently took first at Toughest in Gothenburg capturing his first victory in the series. Werkmäster is strong on the obstacles and is coming into the OCR World Championships with momentum from the last couple of weeks. Watch for Werkmäster to flow through the obstacles and have the fire to compete and succeed among the best short course racers in the world.

Two other notable men are racing in the competitive division for those who are fans of the show American Ninja Warrior. Both Ninja Warrior alums Mike Meyers and Sean Darling-Hammond will be running early in the day in the competitive waves. Look for both men to put on a good show on the obstacles and wow the crowd with their skills.

With the short distance and obstacle dense course it could be anyone's race.