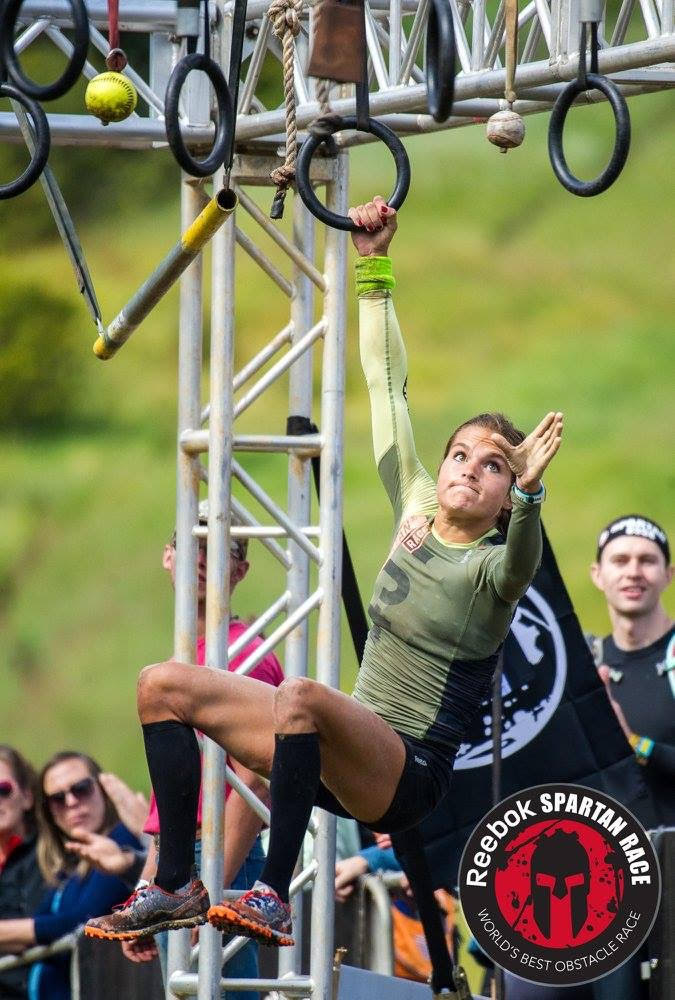 Faye has gone from being a Spartan Race rookie to the top-ranked female in the world in just a few short years. She was a top middle distance and cross country runner in high school and to this day still holds the junior girl's provincial record in the 3,000 meters. She has been featured in many magazines and online articles, and I wanted to give our readers the chance to get to know her a bit better.

What is an on course nickname you have been given?

What is your signature OCR outfit? how did you come up with it?

Reebok “All Terrain” racing shoes, Reebok shorts and sports bra and always high socks to protect my legs from rope burn (had rope burn once and never again!)

What obstacle on course (doesn't matter which one) scares you the most? have you been able to overcome that fear and complete it successfully?

The 8-foot wall, something about running into a wall that scares me. I used to run up to it then freak out and stop running which makes it very difficult to get over. I have practiced this and now I'm a lot better but sometimes (even in races) it take me a few attempts to get my courage up.

What is the weirdest food that you eat in training?

If you could in a race, pick one elite athlete to run with, who would it be and why?

Hunter McIntyre because I'm sure he would be VERY entertaining. Time would fly by.

What is the one food that you take on course that you cannot live without?

I always stick a gel in either my high sock or sports bra. I usually don't even eat it. Just nice to have in case I'm feeling extra rough that day or if the course takes me longer than I had planned (this is frequently the case).

Have you ever completed a race with an injury? if so what was it and how did you find it within you to finish?

Yes, I had (and still have) a shoulder injury last season. It got so bad I would just take a bunch of painkillers before I raced (I know not the best approach but it was my only option).

Is there a race either an OCR or running related that you will never do?

I don't think I’ll ever do an Ultra Beast or any Ultra running event. I prefer to keep getting faster instead of going longer

What weird pre-race ritual do you perform before racing?

On the start line, I always repeat to myself  “This is YOUR race” (in my head, out loud would be weird)

What as of today is your proudest racing achievement?

2016 Spartan World Championship. Still shocked on how I managed to pull off 3rd  with a very brutal first half of the race.

What are some of your planned races/challenges in 2017?

What is one weird/not well known fact about you?

I used to have a severe bird phobia (kinda still do).

Looking back at all the races and OCRS you have done, what do you say is the silliest thing you have done at a race?

Not taking any water or food on the 2014 Spartan World Championship course in Vermont which nearly took me 5 hours! This was silly and stupid of me. I was in a pretty dark place after 3 hours.

If someone wants to reach out to you on social media, where can they find you?