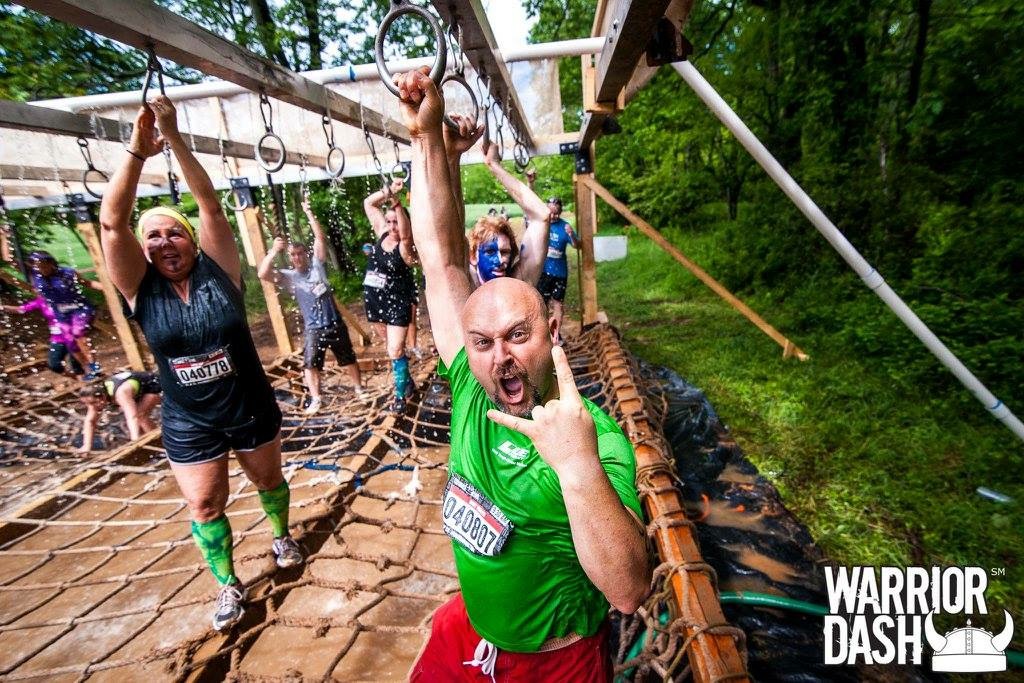 I made my annual trip to Warrior Dash, this year in Pulaski, Tennessee (TN).  Despite personally enjoying more difficult obstacles, I always like to go back to check on the series that brought me into OCR.  Warrior Dash still has one of the largest attendance numbers in the sport and for a good reason.  Here is what I thought of their TN event:

Goliath, the penultimate obstacle before the mud pit.

Weather:  The weather was terrible leading up to the event.  In fact, on the drive down I was fairly convinced I was driving to the venue just to turn around and come home.  It felt like driving through a hurricane to get to the event site and I was expecting a disaster of an event.  The competitive wave was supposed to start at 8am and due to weather, they ended up pushing it back, not actually starting until 1030.  Then they closed their normal gaps between wave times to get back on schedule, which worked.  Unfortunately, more bad weather rolled in in the afternoon causing the course to close early (and canceling my planned Mud Run Guide Snapchat takeover….I even had my Warrior Dash quilt on ready to run a 2nd lap).

Check In: Despite check in not opening until 9:20 am, the continued fast and efficiently.   They even had athletes that were running the competitive wave move to the front to make their time adjusted 10am start time.

Terrain: The course was at Milky Way Farms in Pulaski, TN.  If you have been around for a while, you might recognize this as the final venue for 2015’s Warrior Dash World Championship or the location for Tough Mudder TN.  The race starts off with a very steep uphill and then most of the course was run on top of a plateau before coming back down the big hill to the finish.

Obstacles: Warrior Dash continues to build obstacles that made them the perfect, fun intro to Obstacle Course Racing.  Some of the more enjoyable obstacles include: Fisherman’s Catch (their rig type obstacle with different difficulty lanes and a net underneath if you couldn’t cross with your hands), Magic Carp Rid (running across mats floating on water), Warrior Roast (fire jump), Upslide Down (going across a horizontal slide on your back), Pallet Jacked (“floating” pallets), Goliath (their huge slide) and of course Muddy Mayhem (super thick mud pit). 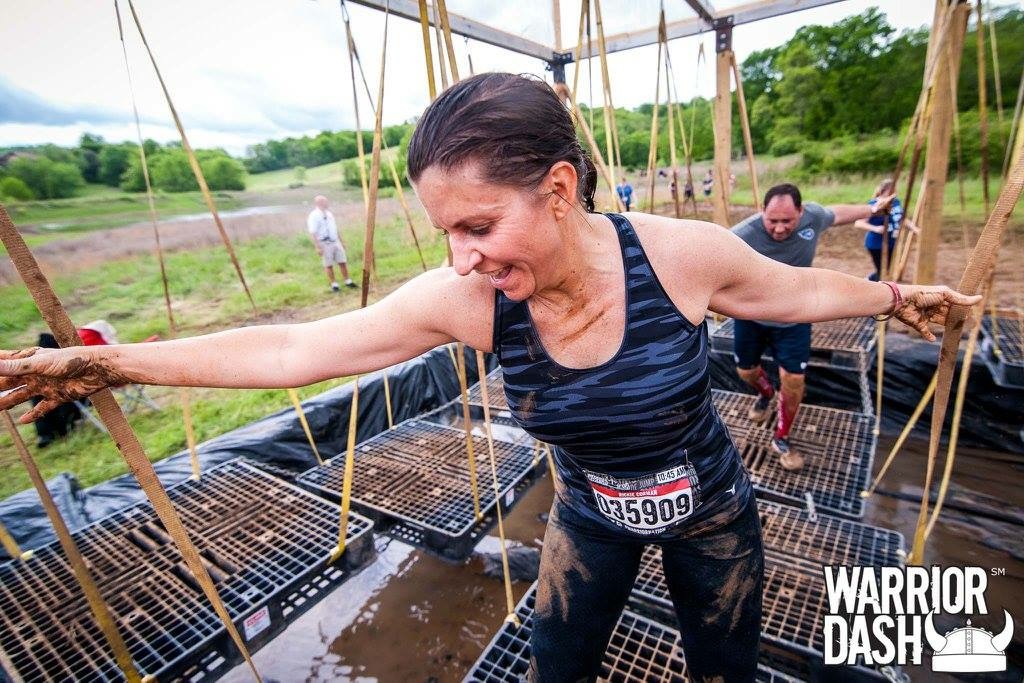 Festival:  Warrior Dash absolutely nailed the festival area.  When the course closed early due to weather, the party continued.  An outsider walking into the festival would not have been able to tell that the race was currently on hold.  They ensured everyone was having a good time, partying, dancing, playing music and drinking beer.  On a scale of 1-10, their party was turned up to 11. 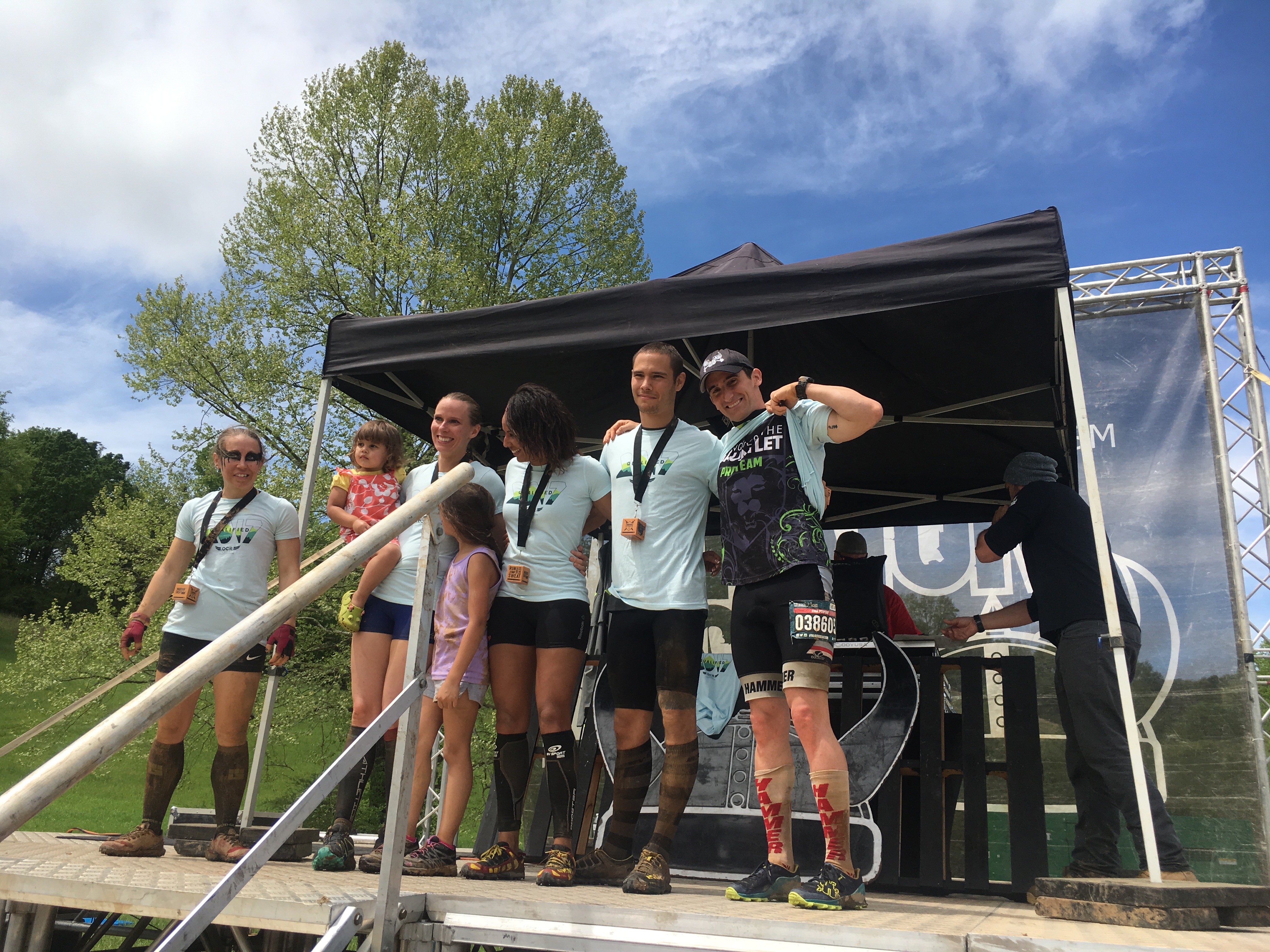 Overall:  When a race series is challenged with problems beyond their control, like weather, that is when you truly see how functional they are.  Warrior Dash showed their experience, professionalism, and competence during this event.  With the weather so awful that a regular running race would have canceled, they continued to plan for the event and push back start times.  When the storm ruined sections of the race they re-routed the course and removed two obstacles to ensure the event could go on.  When weather closed the course early, they planned to re-open on Sunday.  When Sunday’s weather was bad again, they allowed athletes to transfer to another event.  While some participants will complain about how the event went down, the bottom line is Warrior Dash can’t control the weather and frankly, they went above and beyond to try and ensure everyone got a chance to run the course.

The only complaint I heard that may have been legitimate was they closed the course earlier on Saturday afternoon then needed.   It was still sunny out for almost 1.5 hrs before the clouds rolled in again.  However, based off talking to WD staff, I got the impression that decision was made by local authorities and not course officials.

While some of the more serious OCR athletes may find the obstacles on the easier side, Warrior Dash continues to be a great introduction to OCR and something I still come back to every year.  OCR is all about being well rounded, whether that is heavy carries up a mountain, super difficult obstacles or in this case a short course to test your speed.  With season passes at $125, Warrior Dash doesn’t break the bank but reminds athletes why we started this sport because it is a ton of fun.