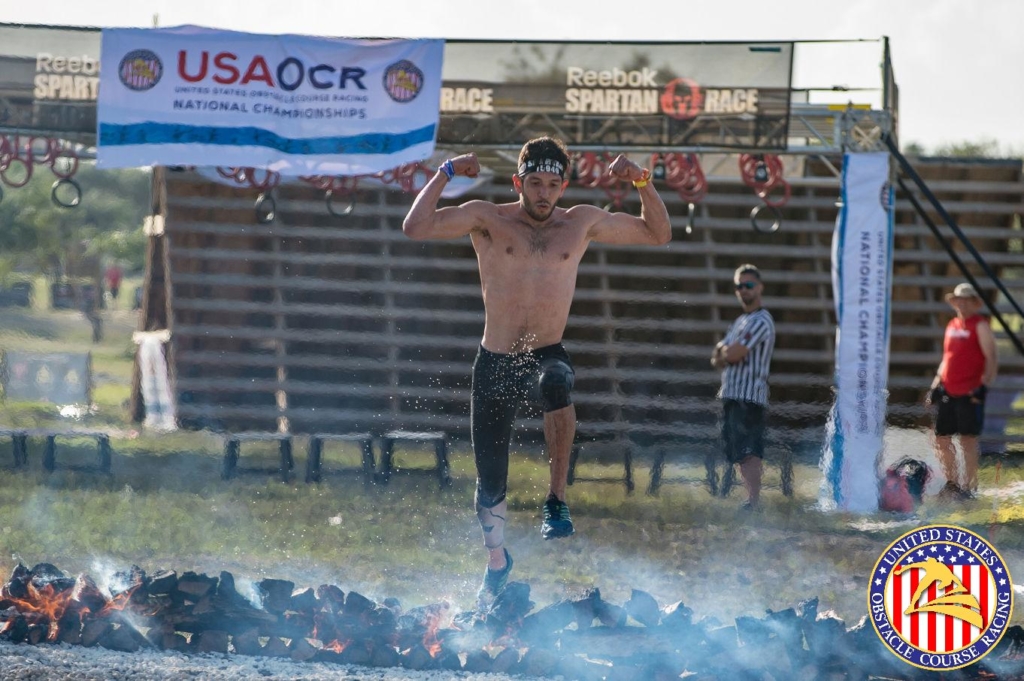 BROCR Media was in attendance at the inaugural USAOCR Championship in Hialeah, FL covering the event for Mud Run Guide. Personally, I felt privileged to not only attend this historic event but also compete for a spot on Team USA.

Because that's the real reason this event was fast-tracked when it was announced this past winter; to select the first members of Team USA in the 5k distance for the Pan American games that are slated for November 17th, 2017 in the Bahamas.

USAOCR selected one of, if not the, most recognizable companies in obstacle course racing to be the vessel with which competitors would be chosen to represent the United States in international obstacle course race competitions. However, Spartan Race would have to comprise what it constitutes as an obstacle to continuing its quest to have OCR recognized as an Olympic sport.

To summarize, this was a Spartan Race without any of the signature weighted obstacles.

Due to guidelines on international competitions, any event that requires an athlete to carry or lift anything must have the weight based on a percent of the athlete's body weight. So as Spartan Race moves to standardize all of its weighted obstacles (tires, sandbags, hoists), for Spartan to host the event, it was decided that all carries would be removed from the race.

The Sprint race the previous day contained trademark Spartan obstacles; a bucket carry, sandbag carry, atlas stone carry, and Herculean Hoist. On Sunday, these obstacles were roped off, and athletes were told to bypass them. What noteworthy obstacles that did remain were the newly debuted Twister, Multi-rig, barb wire crawl, spear throw, and the race-specific laser gun obstacle previously seen in Fort Carson, Colorado in 2016. 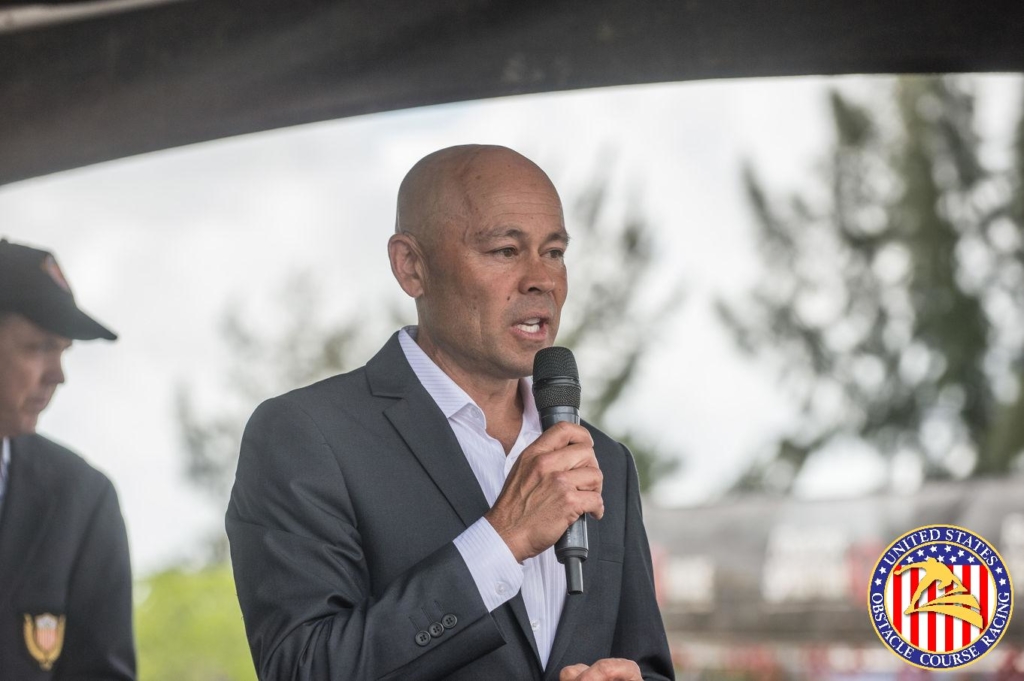 Racers were briefed on the rules before the first wave of elite athletes were sent off around 7:45 AM. Unlike a Spartan Race, obstacle failure was not met with a burpee penalty, but instead, athlete's who made an honest attempt at an obstacle and failed were required to both relinquish one of their three silicone wristbands and complete a penalty loop. Racers who lost all three bands or did not make an honest attempt at an obstacle (i.e., touched an obstacle and then immediately completed the penalty loop) would be disqualified. The only obstacle that did not require you to relinquish a silicone wristband was the shooting component. The penalty for failing to hit the target three times in the allotted 50 seconds was the time spent at this particular obstacle.

Race conditions that day were as perfect as you could hope for in the sweltering climate of Miami. Cloud coverage kept the sun from baking the athletes for long stretches of time, but athletes still had to contend with the humid conditions and in some cases, the added stress from having completed the Sprint course the previous day. 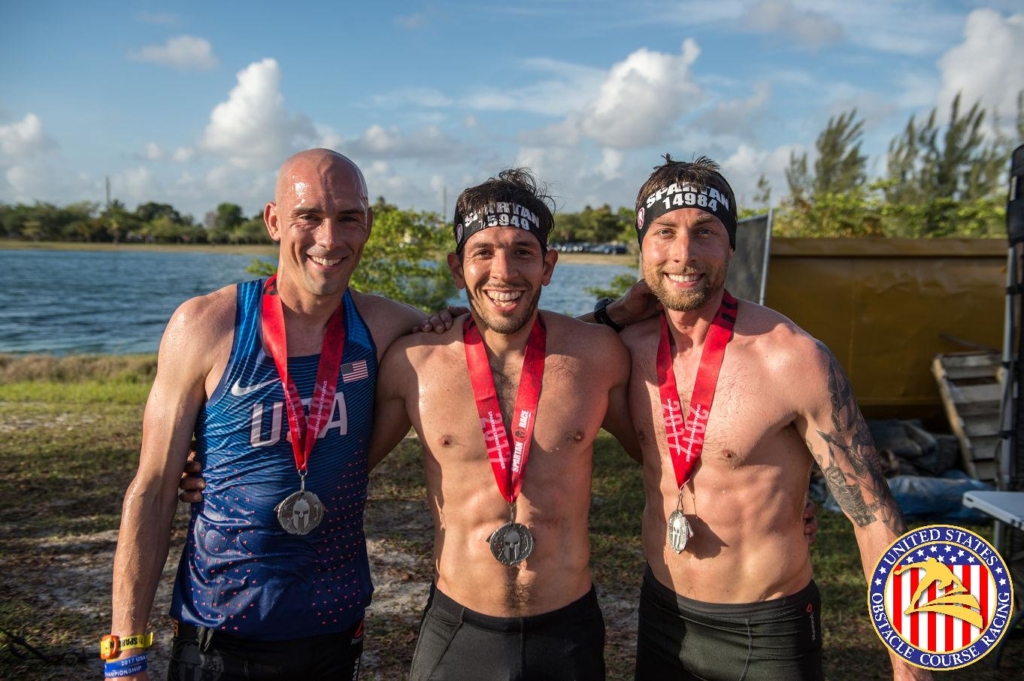 Mark Batres turned in an impressive performance, gapping the field as he approached the final gauntlet of obstacles on the four-mile course. Batres incurred the full 50 seconds at the shooting obstacle which allowed Team USA Captain Robert Killian, Jr. to close the gap, utilizing his military training to hit the required three targets in under 10 seconds. Batres would hold on to win the inaugural USAOCR Championship with Killian coming in close behind in second and Mark Ferguson rounding out the podium for the race. 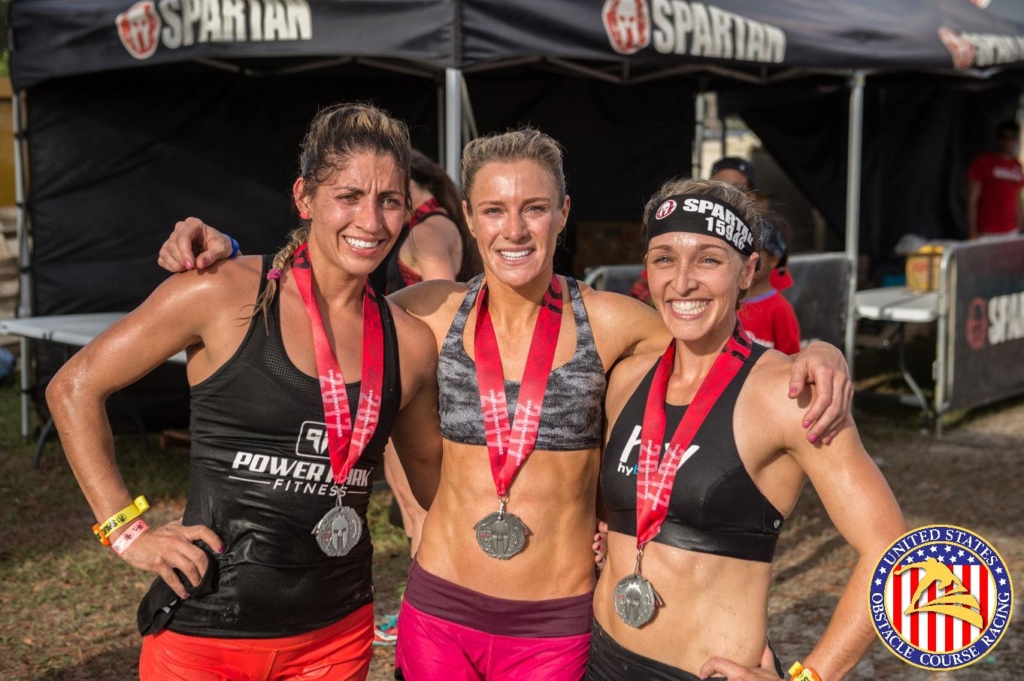 As for the women, Kristin Saad, Natalie Miano, and Alexandra Walker continued to change placement for the duration of the race. Leave it to Spartan Race specific obstacles like the Twister and Spear Throw to shake up the order, but these three women set the pace for the race from the start. When the dust settled, it was Saad who emerged the victor, with Miano taking second and Walker a close third.

These six athletes will be Team USA representatives in the 5k distance at the Pan American games in November. 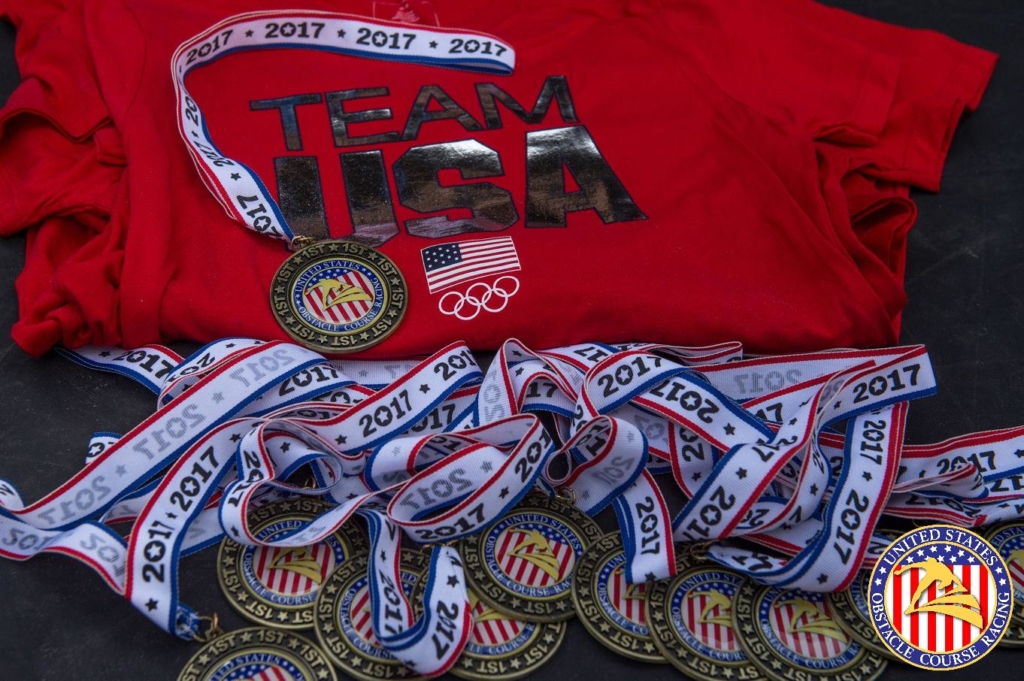 This was a good first step in including obstacle course racing in the 2020 Olympics. Some concerns the athletes expressed with the current format were ensuring that the race selected the best OCR athlete and that the obstacles were so easy that a competitive runner with a fair amount of grip strength could dominate the field. Athletes were also skeptical of the subjectivity of what would constitute an “honest attempt” at an obstacle. Individuals with decision-making authority have already expressed a willingness to discuss policies and include additional obstacles that would address concerns raised by athletes on Sunday. The race was a good first attempt with the intent to push for Olympic recognition, but it was understood that more work would be done going forward.

About the Author: Bill Brumbach