There is a price to pay for coming late to the game. I started coming to Goliathon last year. But the OCR Huracanes have been coming over since nearly the beginning. They say this is by far their favorite race. The proof is in the will. I spoke to one young lady on the team as we walked between Ninja Killer and Hangman. Among other recent surgeries, she just finished up rehab for a replaced hip. And that was her second one. She did not want to miss this event. And neither should you. 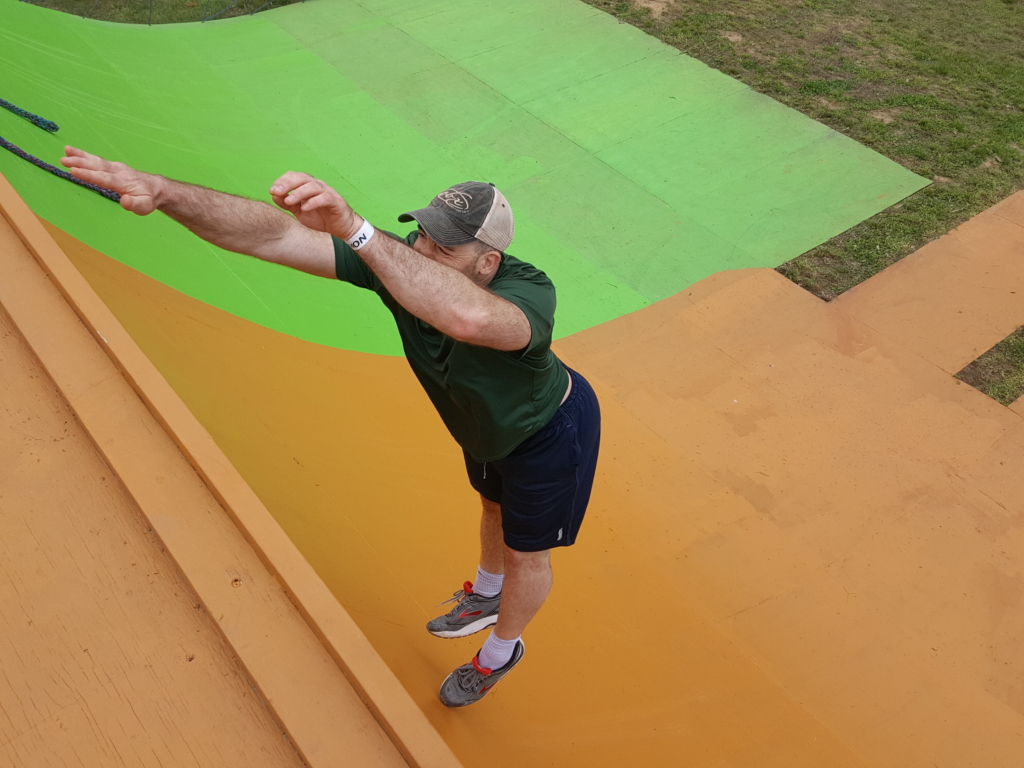 The mid-tier wall. I finally got it after 5 years.

Today was Try the Obstacles Day (TTOD). Participants had the opportunity to get on six of seven (nearly half) of the course obstacles before the main event day coming up June 2. We got about 20 minutes of unrestricted time to try out techniques, twists and sometimes tumbles, on some very tough obstacles. If you’ve been to Goliathon before and skipped this TTOD, you may have made a costly mistake. There’s something new here, never seen before. And it’s waiting to destroy you. 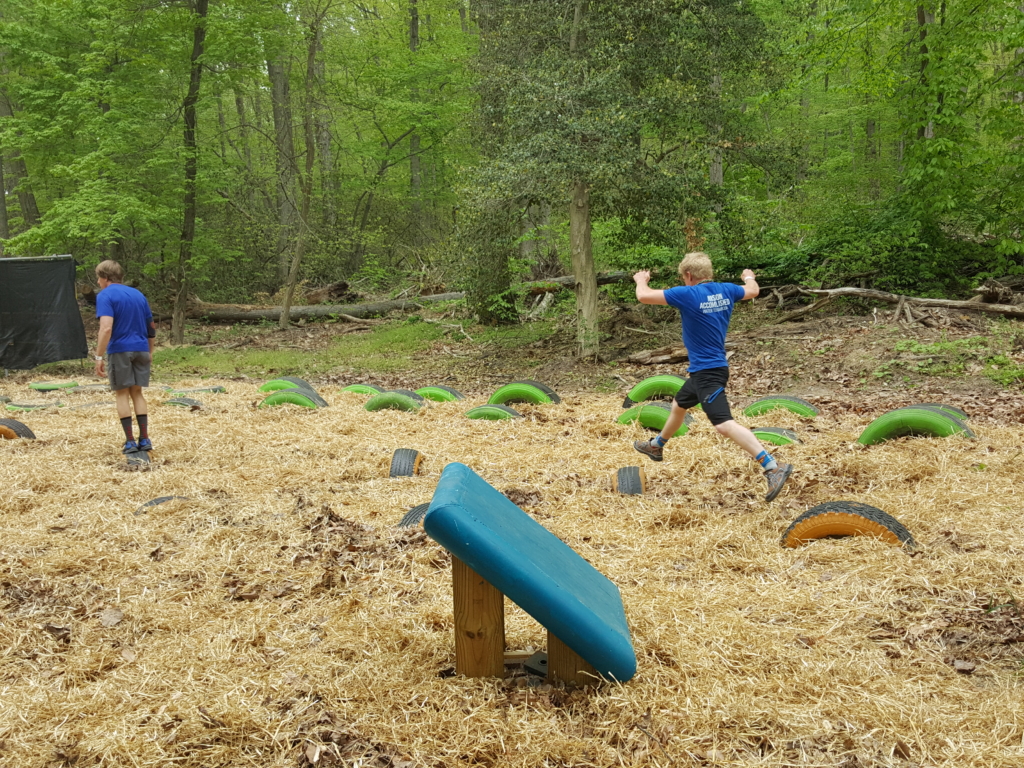 Among other things, Leap of Faith was re-designed. Perhaps a few more obstacles got a makeover. Those they kept secret. The military walls are gone. In their place are three Destroyers. Over the winter, Goliathon contacted Larry Cooper to bring his signature obstacle to the course. He delivered that and more. The Destroyer meets the standard three-tiered Goliathon format. The green and orange ones have a few blocks. The blue one has none. The blue one also has something no other Destroyer before has had. Another board. It’s immense. But if Larry Cooper can do it (and he did if you saw myvideo below), then so could we.

One young man who I recently watched compete at the Ultimate Obstacle Challenge determined to beat the new Destroyer. Few others even dared. This teenager, probably 5-feet 110 pounds, made dozens of attempts before finally making that monumental reach of over 40 inches. His mom got it all on tape and I hope she posts if for all to see and marvel at. 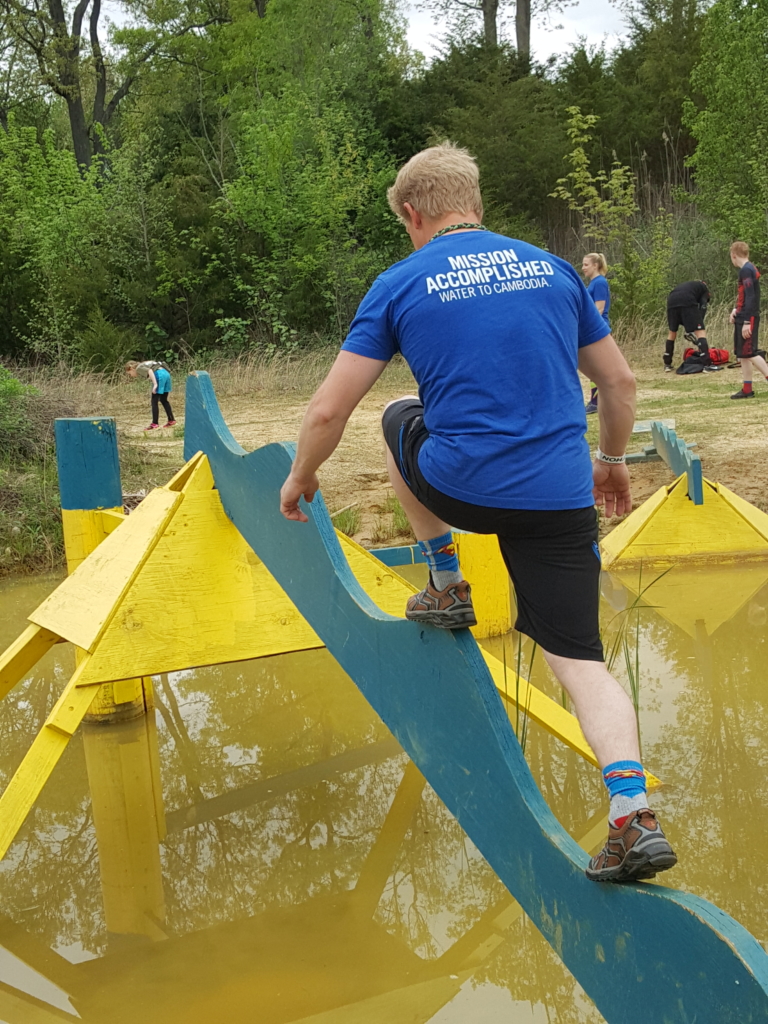 He’ll be going for a David on June 2. The Destroyer will probably be the deciding factor for his race. A David achievement means you successfully complete every obstacle at the tier 3 level (most difficult). Of the thousands of participants over the years, less than twelve have ever done this. That does not deter people from showing up however. 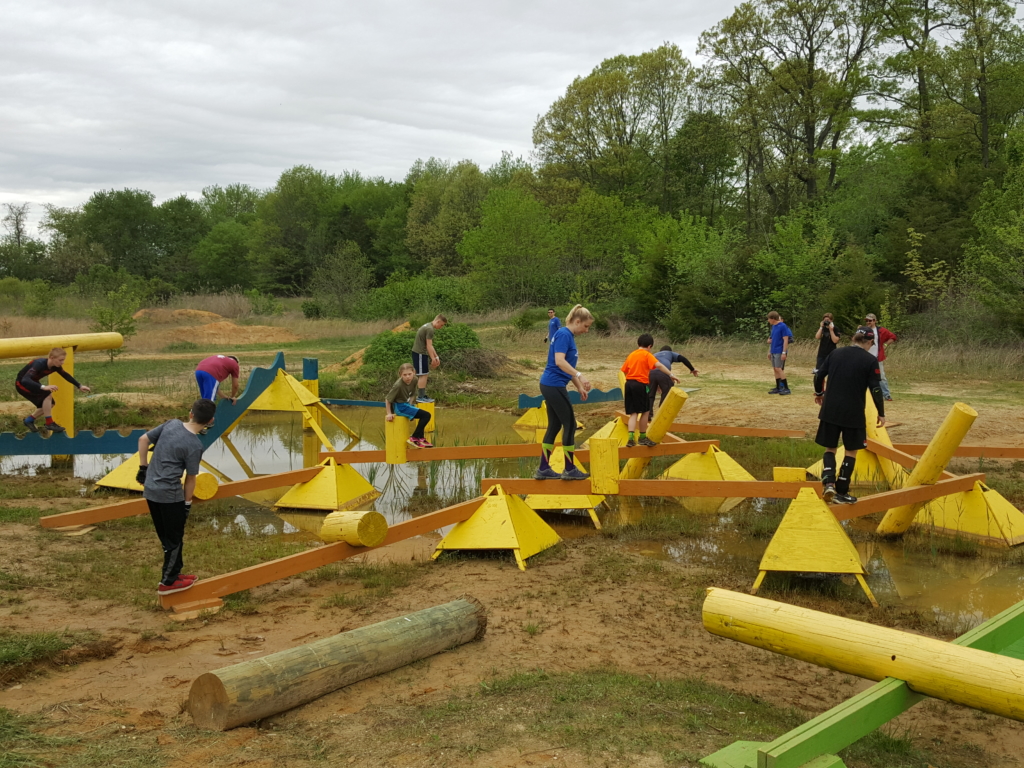 20 minutes to try the obstacles and figure out your technique

There were well over a hundred people of all ages at TTOD. Because of the tiered structure, this “race” is very family friendly. From young ninjas in training to old OCRMudmasters like me, we show up to better ourselves each year on this course that earned more category nominations than any other race for Mud Run Guide’s Best of 2017. 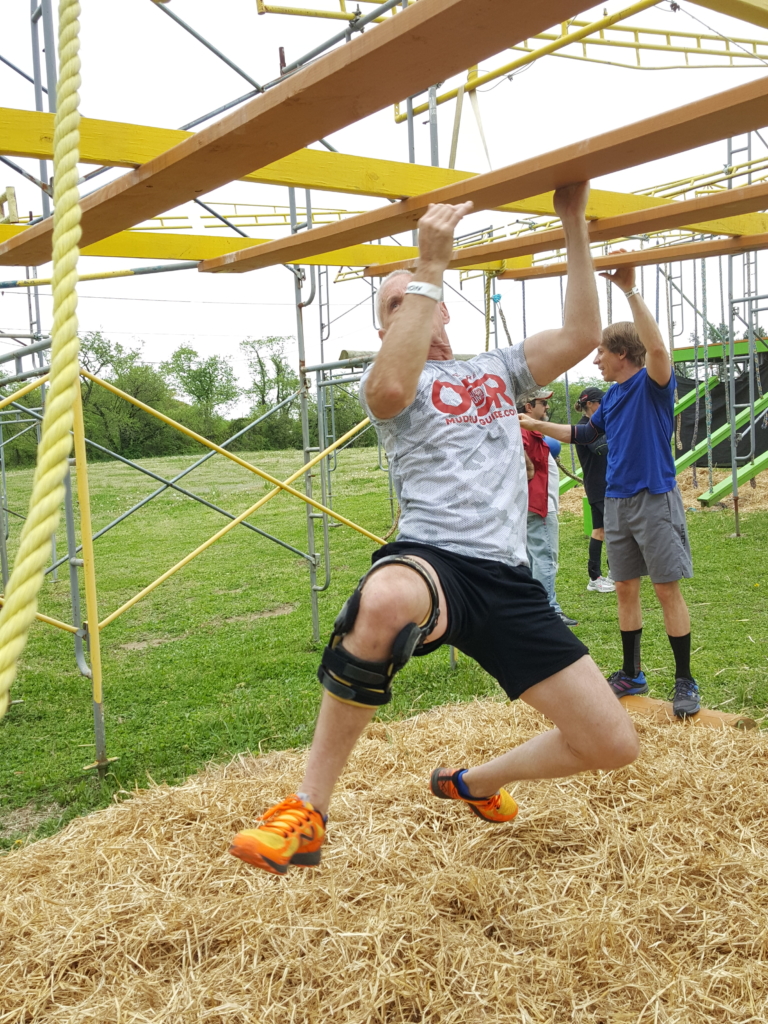 Proof to my editor and others over 50 that I was there getting it done!

If you made it to TTOD, you now have a month to train up. If you didn’t come, you won’t know what hit you on game day June 2. It’s a mission you don’t want to miss.